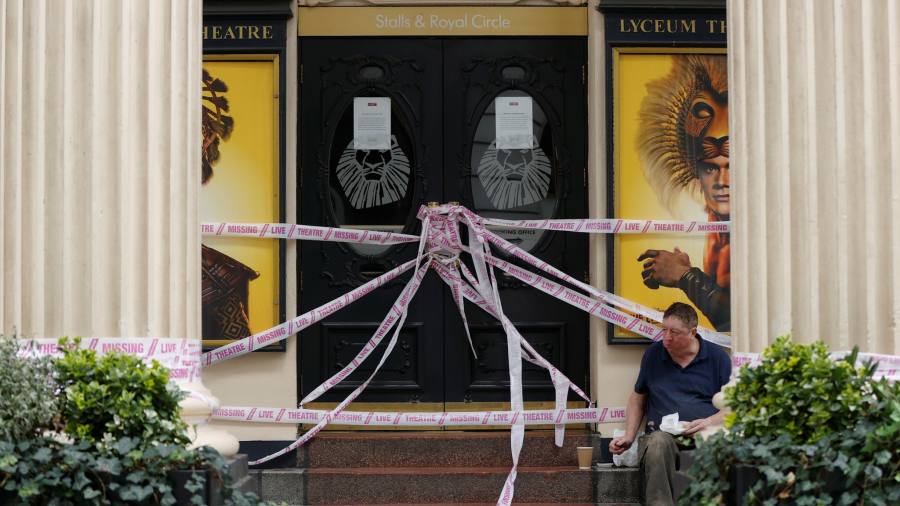 Arts organisations applauded the announcement of a £1.5bn government funding package on Monday, as ministers responded to the gathering crisis in the UK’s performing arts industry and culture sector following coronavirus restrictions.

Caroline Norbury, chief executive of the sector group Creative Industries Federation, said it was a “seismic step forward” for an industry on the “on the brink of cultural collapse”.

The voice of the creative sector has been heard loud and clear by the government and we warmly welcome their response. This investment acknowledges the mission-critical role that the UK’s creative industries will play in recovery and growth in all parts of the country.

Nicholas Hytner, former artistic director of the National Theatre, told the BBC’s Today programme that the government had been responsive to the argument that the arts were “the cornerstone of our international reputation”.

It’s a much better plan than anyone expected.

Announced on Sunday evening, the plan comprises £880m of grants, supplemented by £270m of loans.

James Graham, the playwright, said the government had “listened to the outpouring of not only concerns but also of great passion from audiences and artists over the threat to a much-loved part of our national life”.

Many museums and galleries will reopen over the next few weeks. Institutions in other European countries are ahead of the UK in reopening, with the Louvre in Paris welcoming visitors on Monday. The experience will be very different from that of the pre-lockdown era, with physically distanced queues, time slots and one-way systems, and mandatory mask-wearing.

As they open their doors once again, museum directors have warned that their finances will be impaired by the restrictions on visitor numbers and higher operating costs.

The funding lifeline has come in the nick of time for many theatres and music venues, which are unable to reopen in the UK, as the government and public health advisers have yet to decide when it is safe to allow gatherings in the enclosed public spaces. Organisations including the National Theatre and Cameron Mackintosh productions have announced redundancy consultations or job losses in recent weeks, as they faced the withdrawal of government support while they had no choice but to remain dark. For some, the news may be too late: financial difficulties have already caused Nuffield Southampton Theatres to fall into administration.

Don't Miss it Nick Cordero, Broadway actor who battled COVID-19, has died at age 41, wife says
Up Next Coronavirus spreads through the air as aerosol, 230 scientists write in open letter to World Health Organisation