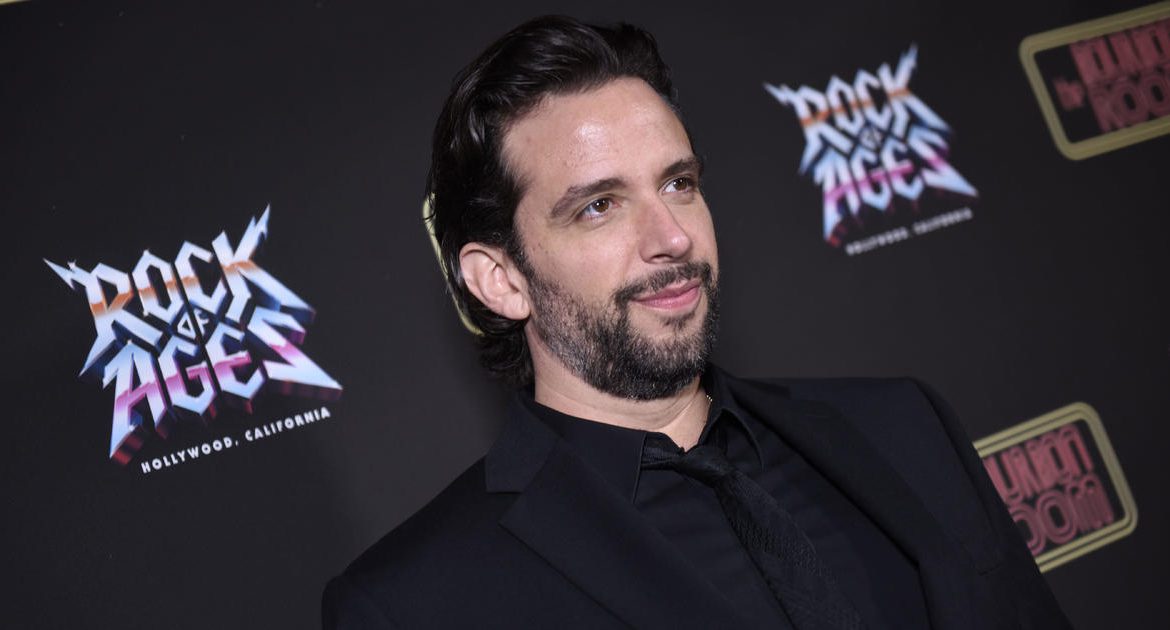 Broadway actor Nick Cordero, who had been hospitalized for three months and had his leg amputated after contracting the coronavirus, has died, his wife, Amanda Kloots, said Sunday. He was 41.

“My darling husband passed away this morning,” Kloots said in an Instagram post. “He was surrounded in love by his family, singing and praying as he gently left this earth.”

“I am in disbelief and hurting everywhere,” Kloots added. “My heart is broken as I cannot imagine our lives without him.”

God has another angel in heaven now. My darling husband passed away this morning. He was surrounded in love by his family, singing and praying as he gently left this earth. ⠀ I am in disbelief and hurting everywhere. My heart is broken as I cannot imagine our lives without him. Nick was such a bright light. He was everyone’s friend, loved to listen, help and especially talk. He was an incredible actor and musician. He loved his family and loved being a father and husband. Elvis and I will miss him in everything we do, everyday. ⠀ To Nicks extraordinary doctor, Dr. David Ng, you were my positive doctor! There are not many doctors like you. Kind, smart, compassionate, assertive and always eager to listen to my crazy ideas or call yet another doctor for me for a second opinion. You’re a diamond in the rough. ⠀ ⠀ I cannot begin to thank everyone enough for the outpour of love , support and help we’ve received these last 95 days. You have no idea how much you lifted my spirits at 3pm everyday as the world sang Nicks song, Live Your Life. We sang it to him today, holding his hands. As I sang the last line to him, “they’ll give you hell but don’t you light them kill your light not without a fight. Live your life,” I smiled because he definitely put up a fight. I will love you forever and always my sweet man. ❤️

“A 99% chance that he would be needing that in order to live the kind of life that I know my husband would want to live,” Kloots said. “That is a long road away and a lot of things would have to line up in order for Nick to be a candidate for that.”

She described to Gayle King how hard it was for her that she couldn’t do more than hold his hand.

“There’s so many cords everywhere,” she said. “I just want to jump in his bed and hug him and grab him and squeeze him, but you know, you have to be very careful with everything that’s going on, so I grab his hand and I massage his hand and I hold his hand, and I’m waiting for the day that he holds my hand back.”

Cordero was hospitalized three months ago for what doctors initially said was pneumonia, but Kloots posted on Instagram on April 1 that they believed he had been misdiagnosed and had COVID-19.

After he was sedated in the ICU for 18 days, his leg was amputated. He also went into septic shock, had a lung infection and had a temporary pacemaker put in.

Kloots described the ups and downs of his illness as the “vicious ICU dance circle.”

Cordero starred in the musical adaptation of the Woody Allen film “Bullets Over Broadway” in 2014, for which he earned a Tony nomination. He had also appeared previously on Broadway in “Rock of Ages,” “Waitress” and “A Bronx Tale: The Musical.”

Cordero and Kloots have a one-year-old son, Elvis. Throughout his battle with COVID-19, Kloots encouraged fans to sing Cordero’s song “Live Your Life” daily at 3 p.m. ET.