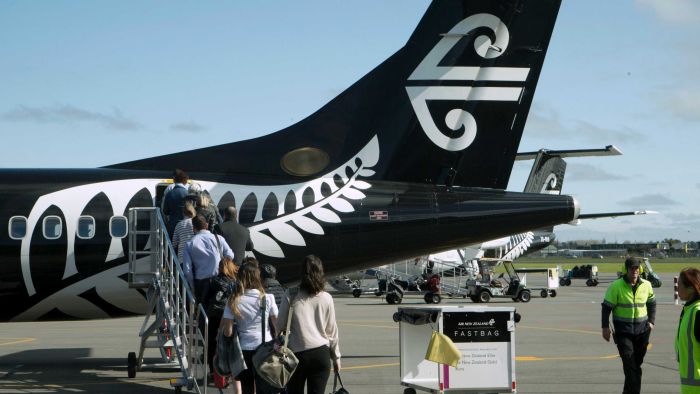 Air New Zealand has announced a temporary hold on new bookings for incoming international flights as it assesses the latest developments in the coronavirus pandemic.

Meanwhile, India passed 20,000 deaths from the pandemic on Tuesday and Brazilian President Jair Bolsonaro was tested for COVID-19 as he rolled back mask-wearing measures in the world’s second-hardest-hit country.

This story will be regularly updated throughout Tuesday.

Air New Zealand has put a temporary hold on new bookings for flights into the country while the nation’s Government tries to find enough quarantined hotel rooms for people returning home.

The national airline says the hold will last for three weeks as it tries to better align flights with hotel locations.

New Zealand has eliminated community transmissions of COVID-19 but is still getting cases at the border.

For the most part, only residents and citizens are able to fly into the country and they must remain in a quarantined hotel room for 14 days.

“We need to minimise the amount of international flights coming into Australia,” Queensland Premier Annastacia Palaszczuk told reporters on the Gold Coast.

WA Premier Mark McGowan wants a cap of about one international flight every three days landing in Perth.

There are more than 1,100 people spread across five city hotels in the WA capital.

“We need to slow down the flow so we can manage it appropriately,” Mr McGowan said.

India’s death toll from the pandemic has surpassed 20,000.

Tuesday grim milestone came as the nation pushed ahead with relaxations to its almost two-month lockdown amid grim economic forecasts.

The rate of both new virus infections and deaths are rising at the fastest pace in three months.

On Monday, India overtook Russia as the third-most-affected country globally, behind the United States and Brazil.

Health officials fear the number of deaths, which usually lag behind the detection of new infections, could rise significantly in coming weeks.

Brazilian President Jair Bolsonaro has said that he has undergone another test for coronavirus, after local media reported he had associated symptoms, including a fever.

Mr Bolsonaro said he had just visited the hospital and been tested for the virus, adding that an exam had shown his lungs “clean”.

Mr Bolsonaro has repeatedly played down the impact of the virus, even as Brazil has suffered the world’s second-worst outbreak, with more than 1.6 million confirmed cases and 65,000 related deaths.

The right-wing populist has often defied local guidelines to wear a mask in public, even after a judge ordered him to do so in late June.

He has further weakened laws on the obligatory use of facemasks in public, scrapping the need for them to be worn in Brazil’s prisons, which house about three quarters of a million inmates.

UN report warns zoonotic diseases on the rise The UN has warned of the need to protect wildlife and the environment to prevent the rise of diseases that jump from animals to humans.(Reuters: Stephane Mahe)

The United Nations is warning that zoonotic diseases — those that jump from animals to humans — are on the rise.

A new report says such diseases kill 2 million people a year, adding that the threat will continue to increase without concerted action.

UN experts blame the rise in diseases such as COVID-19 on high demand for animal protein, unsustainable agricultural practices and climate change.

The report, Preventing the next pandemic, examines zoonotic diseases and how to break the chain of transmission.

Coronavirus could last until April in Mexico

The coronavirus pandemic could last in Mexico until next April, a top health official says.

In an interview with Mexico’s Radio Formula, he warned coronavirus infections may persist in significant numbers into the winter, carrying the pandemic into spring.

“Flu season begins in October and there are some reasonable assumptions that we could also have a spike in COVID-19 along with the flu throughout the [autumn]-to-winter season,” he said.

When asked about the length of the pandemic in Mexico, Mr Lopez-Gatell said it could last “until March to April of next year”.

The University of Washington’s Institute for Health Metrics and Evaluation has estimated Mexico will exceed 88,000 deaths from the coronavirus by October.

Results from the final stage of a nationwide antibody study have shown some 5 per cent of Spain’s population has been exposed to the new coronavirus, health officials said, confirming findings from earlier stages.

The study tested nearly 70,000 people across Spain three times over the past three months.

It found the virus’ prevalence had not altered significantly since preliminary results were published in May.

It also suggested that immunity to the virus can be short-lived, with 14 per cent of participants who tested positive for antibodies in the first stage subsequently testing negative in the last stage.

The loss of immunity was most common among people who never developed symptoms.

“Immunity can be incomplete, it can be transitory, it can last for just a short time and then disappear,” said Dr Raquel Yotti, director of Spain’s Carlos III Health Institute, which co-led the study.

Hit by one of the world’s most severe outbreaks, Spain confined its population to their homes in mid-March, gradually lifting restrictions from May as the death rate fell.

International borders were opened at the beginning of July, providing a shot in the arm to the country’s struggling tourism sector.

But in a sign that the risk is far from over, the regions of Galicia and Catalonia imposed local lockdowns over the weekend, isolating some 270,000 people after small-scale outbreaks were detected.

Pakistan’s Health Minister said he had tested positive for COVID-19, the latest senior figure to contract the novel coronavirus in a country where rising cases are putting pressure on the health system.

“I have tested positive for COVID-19. Under [medical] advice I have isolated myself at home & taking all precautions. I have mild symptoms. Please keep me in your kind prayers,” State Minister of Health Zafar Mirza said on Twitter.

Pakistan has so far confirmed more than 229,831 cases with 4,762 deaths, according to government figures. The country has continued to confirm around 4,000 new cases per day, despite daily testing numbers falling.

A number of high level officials have tested positive in Pakistan, including Foreign Minister Shah Mehmood Qureshi who announced he had the virus on Friday (local time), just days after meeting with US Special Envoy for Afghanistan Zalmay Khalilzad.

The number of confirmed coronavirus cases in Qatar has exceeded 100,000 and Kuwait surpassed 50,000 on Monday (local time), their health ministries said.

Qatar has seen COVID-19 spread among low-income migrant workers living in crowded quarters over the past few months.

Kenya’s President Uhuru Kenyatta has announced a phased re-opening of the country from a coronavirus-induced lockdown, lifting restrictions in and out of the capital Nairobi and the coastal city of Mombasa.

“Today I order and direct that the cessation of movement into and out of the Nairobi metropolitan area, Mombasa county and Mandera county that is currently enforced shall lapse today or at 4:00 am (local time) tomorrow, Tuesday the 7th of July 2020,” said Mr Kenyatta in a televised address.

Domestic commercial and passenger flights are scheduled to restart on July 15, Mr Kenyatta said, while international travel will resume from August 1.

Mosques and churches will be allowed to host services again, but for a maximum of an hour with only 100 worshippers allowed at a time.

Kenya had confirmed nearly 7,900 cases of coronavirus as of July 6, with 160 deaths, with cases continuing to climb.

On Saturday, 389 new infections were reported in the country’s biggest single-day jump.

Mr Kenyatta said the reopening of the country came with risks, and urged Kenyans to take precautions.

“Although the path to recovery is rocky and uneven, it is navigable,” he said.

Lebanon holds historic concert with no audience amid restrictions Musicians from the Lebanese Orchestra perform without a crowd during a concert in the ancient city of Baalbek.(AP Photo/Bilal Hussein)

The usually grand Baalbek Music Festival, set among 3,000-year-old Roman ruins in Lebanon, was reduced to just a single concert this year by the COVID-19 pandemic.

For maestro Harout Fazlian, however, it was one of the most special of his career.

On a stage in the ancient temple of Bacchus, Fazlian conducted the Lebanese Philharmonic Orchestra and three choirs in an hour-long concert.

There were no crowds due coronavirus restrictions, but the performance, captured by 14 cameras and drones, was broadcast live on almost all the main Lebanese TV stations as well as streamed online.

Irish pub reopening could be delayed after ‘worrying’ crowds Ireland’s Prime Minister warned the full reopening of pubs may be delayed.(Reuters: Lorraine O’Sullivan)

Ireland’s Prime Minister has warned authorities may delay the full reopening of pubs after “very worrying” scenes of packed crowds of drinkers outside some bars over the weekend.

Photos posted on social media on the weekend showed people outside a row of pubs in one part of central Dublin, in apparent violation of social distancing rules imposed to curb the spread of COVID-19.

They were gathered near bars serving food, which were allowed to reopen last week.

The head of Ireland’s police force, Drew Harris, said on Monday the crowds had been seen at one location in Dublin, and that inspections had shown that the vast majority of operators had complied with the regulations.

Don't Miss it Coronavirus Deaths In India Cross 20,000, Over 7 Lakh Cases So Far
Up Next Coronavirus expert says Americans will be wearing masks for ‘several years’