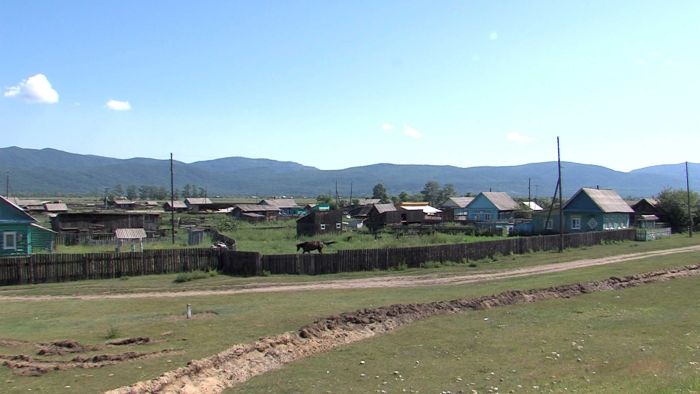 Local authorities have dug a trench around a Siberian village, in a bid to limit the movement of tourists and residents due to a coronavirus outbreak that has infected a number of the small town’s population.

Meanwhile in Iran, where coronavirus has been an issue since January the nation records its highest official daily death toll.

Local authorities have dug a trench around a remote Siberian village to enforce quarantine, after dozens of residents contracted coronavirus, which officials believe was spread at a traditional shamanic ritual.

The village of Shuluta, in Siberia’s Buryatia region, has 37 confirmed cases of the virus among its 390 residents while another 95 other close contacts are also being quarantined.

Head of the local administration, Ivan Alkheyev, said the outbreak started after dozens of villagers took part in a shamanic ritual on June 10, performed by an infected woman.

The ditches which encircled Shuluta were dug on June 29 as a measure to stop tourists from driving though the village to nearby Tunka National Park, as well as to limit movement by the local residents, some of whom were sceptical about an order to self-isolate.

“I don’t believe it! There should at least be symptoms and I don’t have any,” local resident Engelsina Shaboyeva, who has tested positive for the coronavirus, told a regional television crew.

Another resident, Svetlana Shaglanova, whose husband died after a stroke and had tested positive for the virus, said she did not agree with the diagnosis.

“They put that he died of the virus on the papers, but it is not true, it was just a stroke,” Ms Shaglanova said.

Russia’s consumer safety watchdog, Rospotrebnadzor, said those who performed the shamanic ritual despite a ban on public events in the region could face a fine.

The only road to the village which was not cut off by the ditch is now patrolled by local officials and Russian national guards who allow only ambulances and food deliveries in.

Russia’s official coronavirus case tally, the fourth largest in the world, has risen to 693,215.

Iran has announced its highest single-day death toll from coronavirus, with 200 new fatalities.

A spokesperson for the country’s health ministry, Sima Sadat Lari, said Tuesday that the latest death toll was an increase of 40 from the previous day, when 160 were reported to have died of COVID-19.

She blamed the rise on people who were not abiding by restrictive measures and gathering in large numbers for weddings and other ceremonies without observing distancing regulations.

Iran on Sunday instituted mandatory mask-wearing as fears mount over newly surging deaths even as its public increasingly shrugs off the danger of the virus.

Israel’s public health director has resigned amid a spike in new coronavirus cases, saying the country opened the economy too rapidly and lost its way in dealing with the pandemic.

Siegal Sadetzki, an epidemiologist, announced her resignation on Tuesday, a day after Prime Minister Benjamin Netanyahu’s cabinet reimposed a series of restrictions, including the closure of bars, gyms and event halls.

After a national lockdown in April, Israel flattened the coronavirus infection curve in May to about 20 new cases a day.

But since the reopening of schools and many businesses two months ago, the number of cases has soared, reaching more than 1,000 a day last week.

The Health Ministry said it expected the number of patients on ventilators — now 32 — to reach 2,000.

In a statement on Facebook, Professor Sadetzki said she decided to resign because her warnings about attempting to return to normal conditions too quickly had been ignored.

“It has been several weeks since Israel’s compass for handling the pandemic has lost its bearings,” she wrote.

“The achievements in dealing with the first wave [of infections] were cancelled out by the broad and swift opening of the economy” that outpaced many other countries.

The US Government has awarded Novavax Inc $US1.6 billion ($2.3 billion) to cover testing, commercialisation and manufacturing of a potential coronavirus vaccine in the US, with the aim of delivering 100 million doses by January 2021.

The grant is the biggest yet from “Operation Warp Speed”, the White House program aimed at accelerating access to vaccines and treatments to fight the coronavirus that causes COVID-19.

“What this Warp Speed award does is it pays for production of 100 million doses, which would be delivered starting in the fourth quarter of this year, and may be completed by January or February of next year,” Novavax chief executive Stanley Erck told Reuters.

The US Government is pumping billions of dollars into vaccine developers as part of “Operation Warp Speed”.(AP: Ted S Warren)

It will also cover the cost of running a large Phase III trial — the final stage of human testing — which could begin as early as October.

The announcement follows a $US456 million investment in Johnson & Johnson’s vaccine candidate in March, a $US486 million award to Moderna Inc in April, and up to $US1.2 billion in support in May for AstraZeneca’s vaccine being developed with Oxford University.

The US Government also awarded Emergent Biosolutions $US628 million to expand domestic manufacturing capacity for a potential coronavirus vaccine and drugs to treat COVID-19.