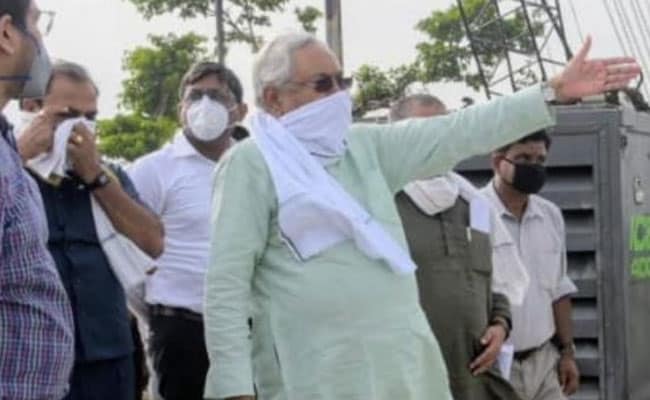 Opposition leader Tejashwi Yadav has accused Chief Minister Nitish Kumar and the BJP of caring only about the coming elections in the state instead of the people, even when coronavirus has reached the doorstep of the Chief Minister.

Mr Kumar got himself tested on Saturday after he attended a programme on July 1, where the host later tested positive. His test reports came negative, though a close relative staying with him had tested positive.

“The poor are dying. But instead of looking after them, these people are worried only about their chair,” said Mr Yadav, who is also the leader of the opposition in the Bihar assembly.

The test for the Chief Minister, where the result came in two hours, was an eye-opener, he said. “Why does it not happen for the common man, the poor? Why are hospitals not arranged quickly for the poor? How many ventilators do we have compared to our population? I want to ask them. A ventilator was arranged for the CM at the CM house. People of Bihar will not tolerate this rude joke,” he said.

Over the last months, the opposition had repeatedly invoked the migrants issue to target the Chief Minister. But Prime Minister’s recent announcement to stretch the distribution of free ration to Chhath puja — the biggest festival of Bihar — has blunted the edge of the accusation.

Realising this, the RJD has changed track and made coronavirus testing and petrol price hike the main issues to corner the Nitish Kumar government. Tejashwi Yadav has been highlighting both issues since the Prime Minister’s announcement earlier this month.

The method of testing — RT-PCR and through the True Nat platform — are tie consuming. A minimum of six hours are needed for the results n the RT-PCR method, where the test is conducted in a laboratory.

Lalu Yadav’s Rashtriya Janata Dal has also been accusing the Nitish Kumar government of playing down the outbreak in the state so that the assembly elections can be conducted in time.

The elections — in which Nitish Kumar is seeking a fourth term — is expected to be held later this year, around October or November. The state will face President’s Rule if the elections are not conducted in time.

Sushil Modi, Mr Kumar’s deputy and one of the seniormost BJP leaders said, “At a time the Election Commission is trying to conduct the elections in a safe manner amid the coronavirus outbreak, RJD leader Tejaswi Yadav is unnecessarily trying to rake up the issue”.
He also defended the accusation about poor testing rate, saying testing had been scaled up to 9,000 a day.

Ahead of the elections in Bihar and by-elections in Madhya Pradesh, the Election Commission said people over the age of 65 years will be able to vote by postal ballot in view of the coronavirus pandemic. The facility will also be extended to people infected with coronavirus or those who are suspected of having contracted the infection and are in quarantine.

Don't Miss it As COVID-19 makes a comeback, so will lockdowns
Up Next NSW COVID-19 restriction changes flagged by Gladys Berejiklian amid Victoria case surge