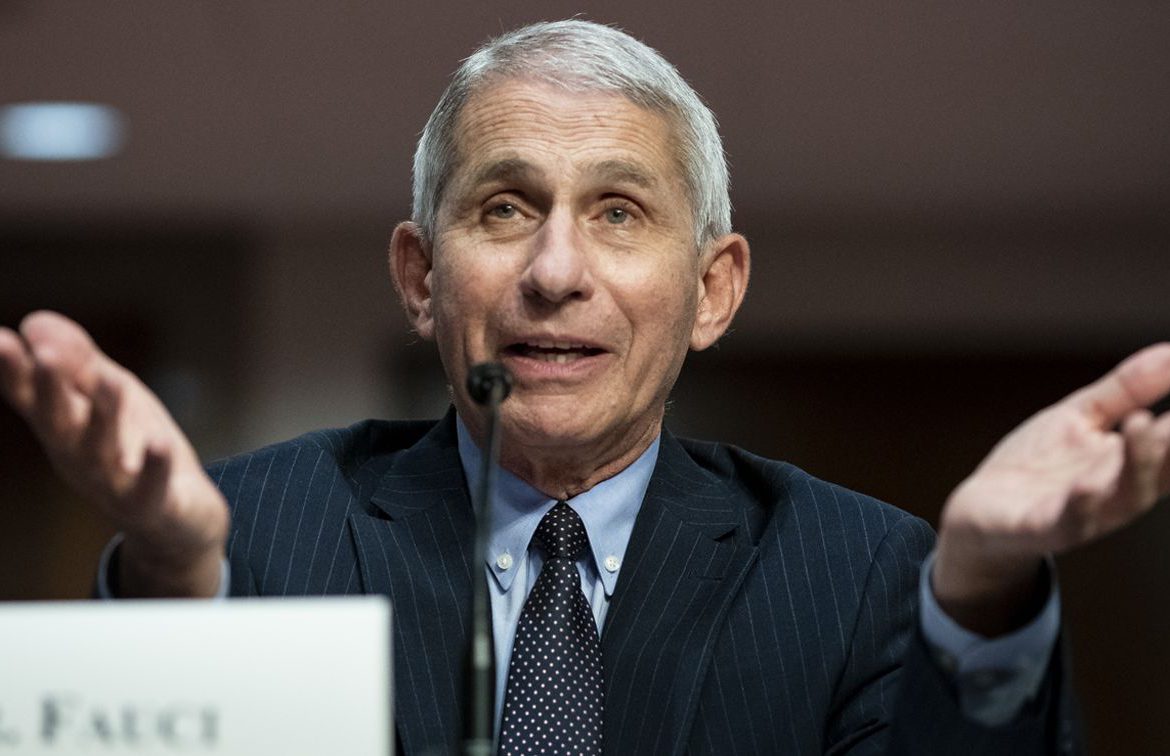 In April, the coronavirus was tearing through the Northeast and Midwest, overwhelming hospitals and filling morgues. The situation was bleak.

But the rules, at least, were clear.

Businesses were shuttered. Flights were canceled. Nearly everyone had been ordered to stay home. And that’s what nearly everyone did, reducing overall mobility by as much as 30 percent and reducing the number of new daily COVID-19 cases by roughly the same amount.

America may never return to that kind of economically devastating national lockdown. Yet with more tests coming back positive now than ever before — and with infections currently rising in 39 states, many of them in the South and West — lockdowns in some form may be the only way to regain control over a virus that has ruthlessly exploited Americans’ eagerness to return to normal life.

The question is whether individualistic Americans who already endured one big — and only partially successful — lockdown will tolerate another. With all due respect to American exceptionalism, Americans share with the rest of the world a desire not to die. The experience of other countries may suggest a path forward — if the nation will listen.

On Monday, two of America’s top infectious disease experts — Dr. Anthony Fauci and his boss, Dr. Francis Collins, director of the National Institutes of Health — convened online to discuss the pandemic running out of control in much of the U.S.

The conversation was telling. At the outset, Fauci warned that America was still “knee-deep in the first wave” of the contagion, describing the country’s new normal of more than 50,000 cases per day as “a serious situation that we have to address immediately.”

But how? asked Collins. “What should people do, who are listening to this, who want to do what they can do to try to deal with this surge and not have it get any worse? What’s the recommendation?”

“Regardless of where you are, the fundamental concepts [apply],” Fauci explained. “Physical distancing. Wear a mask at all times when you’re outside [the home]. Wash your hands often. Avoid crowds. … Outdoors [is] always better than indoors. If you’re going to have a social function, maybe a single couple or two. Do it outside if you’re going to do it.”

Then Collins and Fauci started talking about vaccines.

The message couldn’t have been more quintessentially American: Emphasize personal responsibility — at least until whiz-bang innovation can save the day.

Yet whether out of pessimism or discretion — it was hard to say — Fauci and Collins skipped over the most important step, illustrating the challenge now confronting America and the dysfunction that has made the situation so much worse.

Sure, everyone should wash their hands and mask up. But while personal precautions are necessary, they’re not sufficient. The truth is, individual action isn’t the only thing — or even the main thing — that flattened the initial curve of projected cases back in April and May. And given that most people who are spreading COVID-19 may not even know they’re infected — and many are getting infected while performing the kinds of frontline, blue-collar jobs they can’t do from home — it’s unlikely to arrest the deadly virus’s alarming summertime resurgence, let alone reduce its spread to the point where the U.S. can control and contain it.

Only systemic action by the entire society can do that. And judging by other countries’ experiences — not to mention America’s own efforts this past spring — that almost certainly means more targeted stay-at-home orders.

For proof, look no further than Europe, where most countries made sure the virus had been suppressed to a level low enough that containment was theoretically possible once business as usual resumed — and where governments are now closely monitoring new case clusters and quickly reinstating localized lockdowns when infections spike. Today, the European Union (population: 446 million) is averaging about 4,000 new cases per day. The U.S. (population: 328 million) is averaging 12 times that number.

On Monday, Fauci himself contrasted the European model with the United States’. America’s “baseline” number of cases “really never got down to where we wanted to go,” he explained. “If you look at the graphs from Europe … it went up and then came down to baseline. Now they’re having little blips as you might expect as they try to reopen. We went up, never came down to baseline and now we’re surging back up.”

In Germany, hundreds of cases of COVID-19 linked to a meatpacking facility triggered the lockdown of Gütersloh in North Rhine-Westphalia. In the United Kingdom, much of the country reopened last week, but the city of Leicester reimposed lockdown after a similar local surge.

Spain, however, may be the most revealing example. As with the U.S., the country’s response to the coronavirus has hardly been flawless. Spain has recorded about a quarter of a million cases so far, and nearly 30,000 people have died from COVID-19 there, the worst per capita death rate in the world after Belgium and the U.K. Yet 49 days of near-total lockdown — the kind where residents were barely allowed to leave home — suppressed the disease to fewer than 400 new daily cases.

And after reopening, the country’s response to those 400 cases has been very different from America’s response to its 50,000 daily cases.

Case in point: Segrià county, an agricultural zone some 100 miles west of Barcelona. Last week, 524 new cases were diagnosed there, a doubling from the week before. (For comparison, Florida added 60,000 new coronavirus cases last week.) Of the 14 outbreaks in Segrià, a region thick with hundreds of thousands of fruit trees, 10 are associated with companies that employ migrant workers, who live and labor in close quarters during the harvest.

In response, the regional government sealed off all 210,000 inhabitants of Segrià, setting up 24 police checkpoints at the border and blocking all nonessential traffic in and out.

Same goes for A Mariña, an area in Spain’s northwest region, Galicia. There, bars are believed to have seeded 119 cases. Now all 70,000 residents are back in lockdown.

“Some might consider [this] maybe too drastic,” Sara Canals, a journalist in the region, told the BBC. “But there’s a willingness here to find a right balance between reopening the economy but also to ensure safety.”

In other parts of Spain, including Murcia, individual buildings have been completely quarantined.

Theoretically, U.S. states, ardent defenders of federalism, could do the same. Again, Spain is not some Platonic ideal of coordination and transparency. Recently, Madrid and Barcelona stopped reporting case counts, to the chagrin of the national health department. The Spanish government isn’t announcing new outbreaks, defined as three or more active cases. Observers are questioning whether Segrià hid its rising case count until the situation was out of control. And just like Americans, not all Spaniards wear masks, even though face coverings are required wherever and whenever social distancing isn’t possible.

Meanwhile, Spanish Prime Minister Pedro Sánchez is imploring Spaniards to go out and revitalize the economy. The land of the conquistadors, Sánchez recently declared, has “successfully defeated the pandemic.”

Yet because of systemic action — an initial lockdown that flattened the curve to a manageable level followed by targeted lockdowns meant to nip any new outbreaks in the bud — Spain no longer must rely solely on individual behavior to keep the virus at bay.

That’s good, because there’s no indication that such behavior alone can contain 400 cases per day — let alone 50,000.

By Fauci’s own, optimistic estimation, a COVID-19 vaccine won’t be ready for public use until early 2021, and it won’t be widely available until months later. That means mass inoculation is at least a year away.

Does anyone really think the U.S. will be able to muddle through until then by telling Americans to wear masks and hoping they’ll listen? We’ve been doing that for weeks, yet our accelerating outbreak shows no sign of slowing down. So far this month, 14 states have recorded new single-day highs.

Meanwhile, residents in metropolitan Melbourne, Australia, will no longer be allowed to leave their homes unless it’s for grocery shopping, caregiving, exercise or work. The measures are expected to remain in place for six weeks.

The reason? The state of Victoria (in which Melbourne is located) saw a record rise in daily coronavirus cases Tuesday — to 191 new infections.

Over the same time period, more than 2,000 new cases were reported in the Miami area alone.

To be fair, there has been some progress in the U.S. Republican governors who long resisted mask mandates are starting to relent; states are reclosing bars and pausing restaurant reopenings. And mobility in hard-hit states such as Florida, Texas, Arizona and California is beginning to tick downward after peaking in late June, according to data collected by Cuebiq — a likely sign that residents are at least trying to rein in their behavior.

In early April, during lockdown, mobility was nearly 28 percent lower than it was the previous April.

Unfortunately, the kind of clarity we had back then — stay home or else! — is gone forever, replaced by a cacophony of conflicting, politicized messages on everything from masks to fatalities to vaccination. Experts who study the psychology of decision making say this is precisely the sort of environment where individual judgment will fail us — and where, in the absence of a broader systemic response, the coronavirus will continue to thrive.

“Americans’ disgust should be aimed at governments and institutions, not at one another,” Tess Wilkinson-Ryan, a professor of law and psychology at the University of Pennsylvania, recently wrote in the Atlantic. “During a disease outbreak, vague guidance and ambivalent behavioral norms will lead to thoroughly flawed thinking. If a business is open but you would be foolish to visit it, that is a failure of leadership.”

Ultimately, Americans will probably never accept another national lockdown. But all the evidence from the rest of the world suggests they’re unlikely to stop the spread simply by fending for themselves. In California, Gov. Gavin Newsom pressured Imperial County to reimpose its stay-at-home order last week after the area’s positivity rate soared to more than 20 percent. Other governors might soon have to follow suit.

“We are doing the dance in, dance out of various forms of lockdown,” McNeil explained on the podcast “The Daily.” “But we need to get to the point where we’re all basically dancing to the same music — where all governors accept the notion that when they have a problem that is getting out of control in their state, they react quickly. And if they do that they will save lives of their own citizens.

“We need to arrive at [a] common understanding,” he concluded. “We don’t all have to move in lockstep as a nation. But at the crucial moments we need to take similar steps to save lives.”

With reporting by Melissa Rossi in Barcelona

Don't Miss it International flights are still bringing thousands of people into Australia, but coronavirus has made it much harder to travel
Up Next After Nitish Kumar’s Coronavirus Test, Tejashwi Yadav’s Angry Outburst