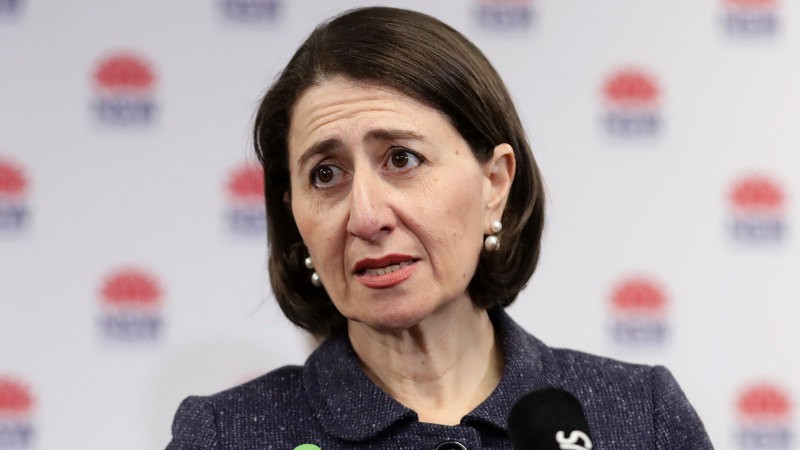 NSW Chief Health Officer Kerry Chant said there had been eight new COVID cases identified in the past 24 hours, seven of whom are returned travellers. The eighth case is a woman in her 30s in south west Sydney.

Dr Chant said further investigations were under way to determine whether her infection was recent or a historical one. Close contacts of the woman, including some health staff at Liverpool hospital, were in isolation.

Victoria Premier Daniel Andrews announced on Wednesday that his state had recorded 134 new cases of coronavirus in the past day. Of those cases, only 11 were connected to contained outbreaks while the source of infection for 123 remained under investigation.

“If we find that the bubble we have created on the border doesn’t work and we feel it’s too high risk, we will definitely need to take further action,” she said.

“Do not travel to other parts of NSW unless you absolutely have to.

“If you are an Albury resident, we do not recommend you travelling to other parts of NSW, and if we feel in the next few days – or as early as tomorrow – that we need to further protect the community, we will consider what we do, north of Albury.”

One option which may be considered in coming days is to stop movement altogether between border communities such as Albury–Wodonga, Ms Berejiklian said.

“We will continue to evaluate the high risk on an hourly basis.”

So far, police have processed more than 50,000 permits since the Victorian-NSW border closed at midnight on Tuesday, the Premier said. The government was monitoring the situation every few hours and was prepared to further restrict movement around the border if necessary, she added.

The Premier also renewed the government’s warning to businesses that they must abide by public health orders or risk a fine of up to $55,000.

“We will be stepping up compliance in relation to businesses across the state,” Ms Berejiklian said, noting only 10 per cent of the state’s businesses had registered as “COVIDSafe”.

“[We are] concerned with the lack of compliance in NSW in some hospitality venues in particular cafes and restaurants, basic things like sharing a salt and pepper shaker.”

After borders closed at midnight on Tuesday, vehicles were backed up for several kilometres at border crossings in Victoria on Wednesday morning, as police and Defence Force officers enforced permits at checkpoints across the 1000-kilometre border.

In guidelines published on its website, Service NSW said adults and children entering NSW from the south would need an entry permit unless they were “an emergency or law enforcement services worker” or “entering NSW to avoid injury or escape a risk of harm”.

Don't Miss it After Nitish Kumar’s Coronavirus Test, Tejashwi Yadav’s Angry Outburst
Up Next Coronavirus: How contagious are children and how sick can they get? | COVID-19 Special