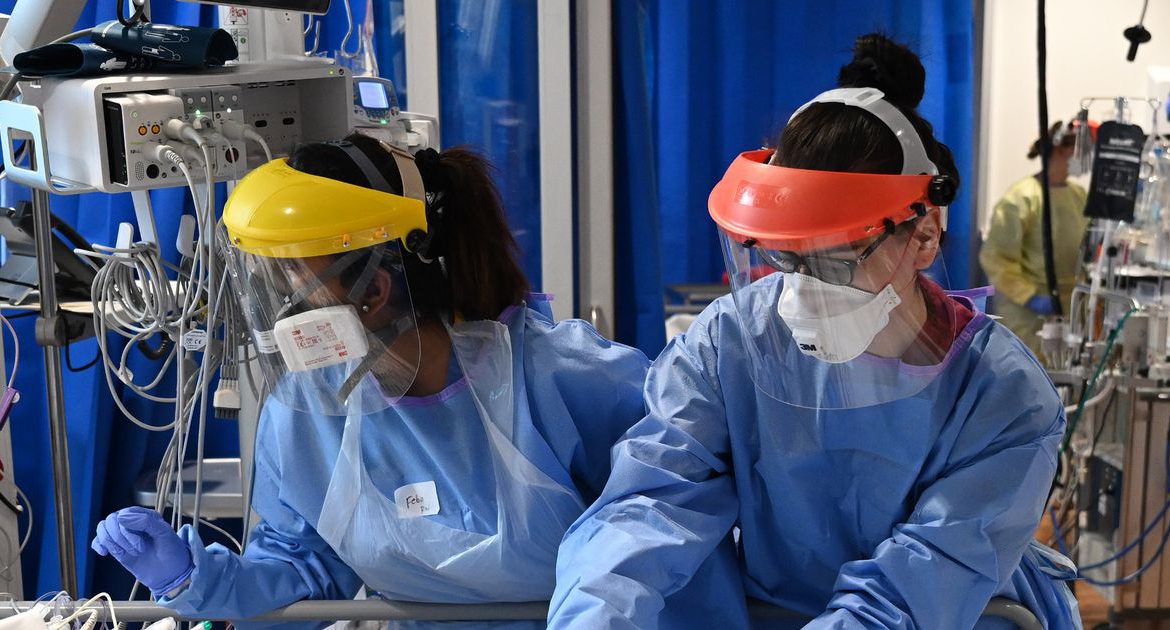 Britain’s coronavirus hospital death toll has lifted by 47 in the lowest Wednesday rise since the lockdown began.

That brings the hospital death toll for the UK to 33,564.

England recorded 42 new deaths, Wales recorded four, there was one more fatality in Scotland and none in Northern Ireland.

The official toll for Wednesday covering all deaths in hospitals care homes, and the wider community will be released in a government update later today.

Yesterday, the overall figure stood at 44,391 after a big daily rise of 155 following weeks of a downward trend.

Last Wednesday’s hospital death toll was slightly higher with 57 deaths. On June 24 there were 64 deaths, and 97 on June 17.

It comes days after England’s lockdown eased again, with pubs and hairdressers among businesses allowed to reopened July 4.

Click here for the latest coronavirus news and updates

The so-called ‘Super Saturday’ scenes sparked concern of the prospect of a second wave, followed pictures of huge crowds mingling in spots like Soho, London.

There were no hospital deaths recorded in England’s South West.

The breakdown by region is as follows:

The Wales Covid-19 death toll has reached 15,913 with thirteen more testing positive bringing the total to 15,913.

With no new deaths in Northern Ireland the total number of people who have died remains at 554.

Another four positive cases have been notified since Tuesday, bringing the total confirmed cases in the region to 5,765.

Yesterday’s overall daily rise was the same as last Tuesday’s, and came after a lockdown low of just 16 on Monday.

However death tolls are typically low following weekends due to lags in reporting.

The UK’s true overall death toll is believed to be 10,000 higher than the government officially reports.

The toll has now reached at least 55,398 this week based on death certificates mentioning Covid-19 as a cause and the latest available data.

The ONS said this week that coronavirus is likely to have brought forward some deaths of elderly and vulnerable people.

Older people and those with underlying health conditions have faced the greatest risks from the virus during the global pandemic.