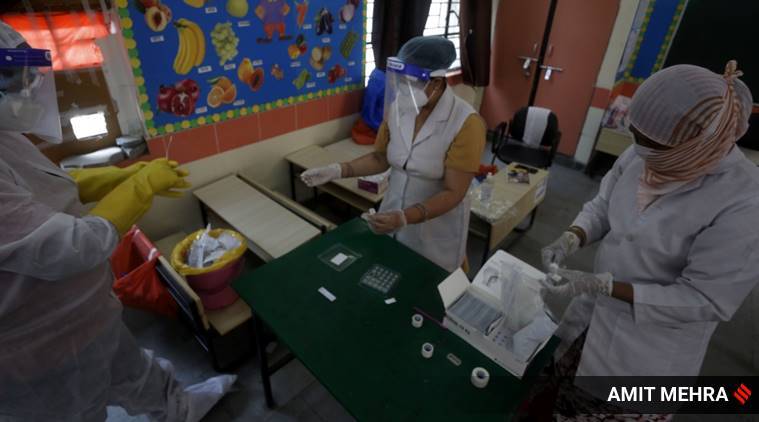 Positivity rate is a good indicator to assess the prevalence of the disease in the community. The rise in positivity rate means that the growth in the number of confirmed cases is outpacing the growth in the tests being conducted. And this is happening mainly because the criteria for testing is still restrictive in most states.

As scientists have been pointing out, the more the number of tests that are carried out, greater would be the chances of finding infected cases. However, people are not being randomly tested. Because of limited testing capacities, states are being selective in testing people.

For example, many states are testing only people who are showing signs of symptoms, or those who are higher risk of attaining the disease, like the primary or secondary contacts of an already infected person. Now, there is a much greater likelihood of these people testing positive, compared to other people. So if the total number of tests are rising, but still only symptomatic cases, or those at high risk, are being tested, the positivity rate would progressively rise.

A day after the US Immigration and Customs Enforcement (ICE) announced international students could not be in the country for an online-only course load, MIT and Harvard filed a suit against ICE and the Department of Homeland Security, in the US District Court in Boston, Massachusetts.

“By threatening to force many F-1 students to withdraw from Harvard and MIT, Defendants have put both schools to an impossible choice: lose numerous students who bring immense benefits to the school or take steps to retain those students through in-person classes, even when those steps contradict each school’s judgment about how best to protect the health of the students, faculty, staff, and the entire university community.”

Under US laws such as the Administrative Procedure Act, the plaintiffs claimed, the directive was “arbitrary and capricious” with “virtually no reasoned decision making” and asked the court to hold the agency action as unlawful. It also stated that ICE provided no notice, opportunity for public comment, and no explanation.