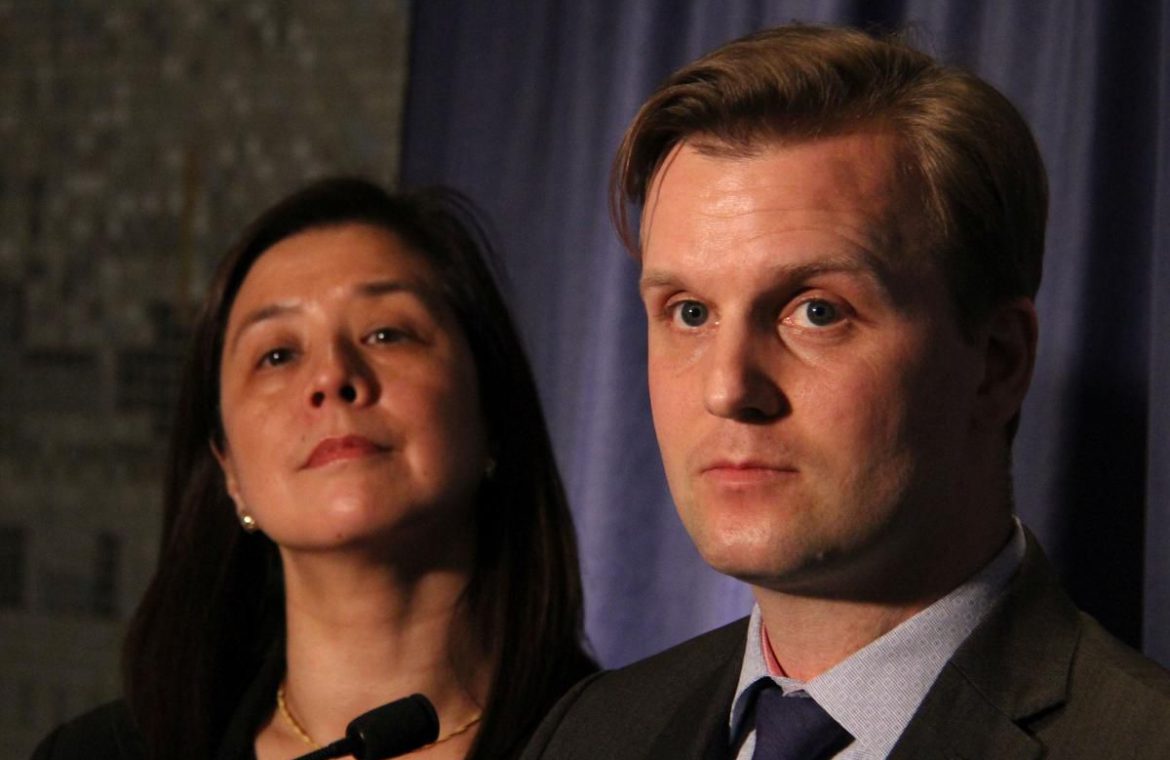 More than one-quarter of Toronto’s coronavirus deaths in the community have occurred in the city’s hard-hit northwest corner, according to new data released by Toronto Public Health Friday.

The new statistics emphasize how the deep social and economic disparities in the city have life and death implications.

COVID-19 “has put on display the glaring inequalities and the systemic racism for everyone to see,” said Tesfai Mengesha, co-executive director of Success Beyond Limits, a community group in the Jane-Finch area.

“The reason we’ve got to this point is consistent structural neglect.

The new, detailed, case-specific data include deaths, hospitalizations and source of infection, all of which paint a picture of two Torontos.

The data builds on neighbourhood-level data Toronto Public Health first released in May, which has made clear the northwest corner bore the brunt of the pandemic.

The latest numbers show that the rate of infection is highest in 17 neighbourhoods in the northwest, wedged roughly between Dufferin Street and Highway 427 to the west, running south from Steeles Ave. to Eglinton West.

Excluding cases in outbreaks in institutional settings such as shelters, nursing homes and prisons, there have been 221 COVID-19 deaths in Toronto.

Fifty-eight of these, or 26 per cent, were people who lived in these hard-hit northwest neighbourhoods.

But this area is home to just 12 per cent of the city’s population.

This produces a rate of death from COVID in these northwest neighbourhoods nearly three times higher than the rest of the city.

“This really goes to show the social determinants of health,” said Kemi Jacobs, executive director of Delta Family Resource Centre, which has three locations in the northwest.

“The people who are the least able to handle the virus are the ones who are getting it,” she said.

Reporting from the Star last month explored the underlying inequities in the northwest corner of the city.

The Star found the neighbourhoods hardest hit by the virus also have some of the highest concentrations of residents who are low-income, racialized and living in cramped housing while working in higher-risk sectors, such as manufacturing.

This corner has historically been considered a “primary-care desert,” with higher-than-average rates of chronic conditions, such as diabetes, the Star reported.

Get more of what matters in your inbox

Start your morning with everything you need to know, and nothing you don’t. Sign up for First Up, the Star’s new daily email newsletter.

Health Minister Christine Elliott promised on Thursday to increase access to testing in Toronto’s northwest corner, and team up with other levels of government to create free accommodations for those unable to self-isolate at home due to overcrowding.

The pledge came at the urging of the chair of Toronto’s Board of Health, Councillor Joe Cressy, who sent a letter to Elliott and Ontario chief medical officer of health, Dr. David Williams, asking the province to take these steps to stop the spread of COVID.

The new data also reveal a difference in how people acquire the virus in different parts of the city.

“We’ve long said that diseases prey on the most vulnerable and COVID has exposed that,” said Cressy. “And the northwest demonstrates the rift of vulnerability to a painful extent.”

He said the city believes the disproportionate exposure in the northwest through close contacts is primarily because of crowded housing.

“It is people who are underhoused and unable to self-isolate safely at home who are putting their relatives and their roommates at risk,” he said.

Jacobs, from the Delta Family Resource Centre, said people are afraid to leave their apartment buildings, and mobile testing stations should be brought to them in order to encourage testing.

Michelle Westin, a senior analyst for planning, quality and risk at Black Creek Community Health Centre, said the health disparity is a result of systemic disparities and any long term solution will require collaboration from many different parts of government.

“It’s not just health, but housing, education, justice and employement. All of those systems that led to the disparities in the first place,” she said.

With files from Kate Allen and Jennifer Yang.

Jennifer Pagliaro is a Toronto-based reporter covering city hall and municipal politics for the Star. Follow her on Twitter: @jpagsEd Tubb is an assignment editor and a contributor focused on crime and justice for the Star. He is based in Toronto. Follow him on Twitter: @edtubb

Don't Miss it South Sudan: A last chance for peace? | DW News
Up Next Coronavirus in Russia: 'I don't trust Putin any more' – BBC News