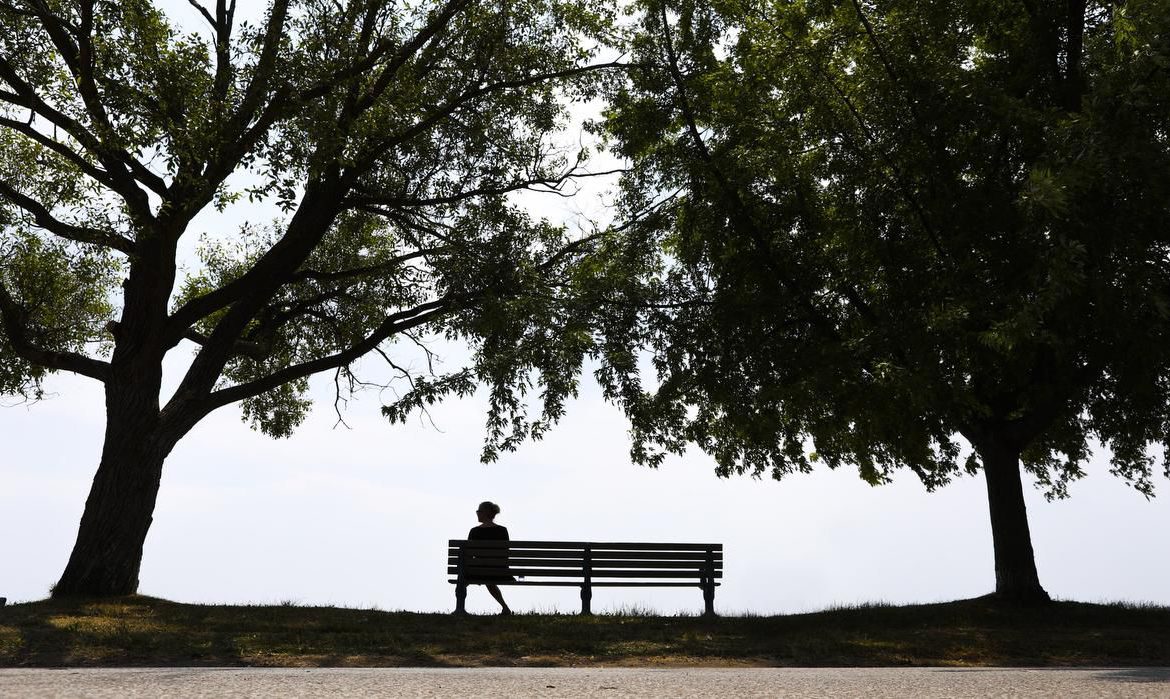 8:41 a.m.: Dozens of U.S. Marines have been infected with the coronavirus at two bases on the southern Japanese island of Okinawa in what is feared to be a massive outbreak, Okinawan officials said Saturday, demanding an adequate explanation from the U.S. military.

Okinawa prefectural officials said they could say only that a “few dozen” cases had been found recently because the U.S. military asked that the exact figure not be released. The outbreaks occurred at Marine Corps. Air Station Futenma, which is at the centre of a relocation dispute, and Camp Hansen, Okinawan officials said.

“Okinawans are shocked by what we were told (by the U.S. military),” Okinawa Gov. Denny Tamaki told a news conference. He questioned disease prevention measures taken by the U.S. military and renewed his demand for transparency regarding the latest development.

8:01 a.m.: “Working in an industry where you aren’t properly represented or embraced, there is always a constant fight. For me personally, I think the challenge I have felt is one that is mental,” Toronto-based fashion designer Spencer Badu says.

These are some of the lessons on how to be vulnerable, voice his emotions and find a larger purpose in his identity the 27-year-old has learned amid the COVID-19 pandemic and ongoing global protests against anti-Black racism. “Internalizing and suppressing the trauma is part of the Black experience,” he adds.

He has to deal with both the feeling of sorrow and pain from seeing his Black brothers and sisters being killed on the streets and the feeling of pressure to be creative and constantly moving toward the future and trying to inspire change.

Another huge test in the recent months — the COVID-19 pandemic — which slowed down and shuttered businesses across the country. “I’ve been on a constant grind and the pace of fashion is ruthless. We’re a small team so the work can get really exhausting.”

Read the full story from the Star’s Evelyn Kwong on how a young Black fashion designer is channelling his energy into his craft amid a pandemic.

7:31 a.m.: On June 30, North York General Hospital marked a milestone: After 100 days there were no COVID-19 patients in the intensive care unit.

That morning, staff gathered to quietly celebrate and reflect on the harrowing weeks of treating the sickest coronavirus patients. The hospital, at Leslie Street and Sheppard Avenue East, was among the first in the GTA to see a wave of critically ill patients with the virus; at its peak, the community hospital had 12 COVID patients in its 21-bed ICU.

Now, during this lull, staff are taking some much-needed time off, though they are not letting down their guard. There are still six COVID patients in the hospital who could require intensive care, and they know new patients can be admitted any time.

Read the Star’s Megan Ogilvie’s latest on a hospital staff’s fear of a second wave of COVID-19.

7:19 a.m.: Texas Gov. Greg Abbott says “things will get worse” in the state as more than 10,000 patients are now hospitalized with the coronavirus.

The deadliest week of the pandemic yet in Texas continued Friday with 95 new deaths.

On the Texas-Mexico border, Starr County Judge Eloy Vera says his rural community is trying to get a refrigerated trailer because the local funeral home can’t keep up with more than two bodies a day.

Texas members of Congress are asking the Trump administration for a field hospital in the Rio Grande Valley. They warn in a letter sent Friday to the health and human services secretary Azar that there is “no indication that case counts will level out soon.”

7:15 a.m.: Australia’s Therapeutic Goods Administration has given provisional approval to the drug remdesivir, an experimental medicine that has shown promise in the recovery time of the most seriously ill COVID-19 patients.

The approval comes as Australia is seeing a sharp increase in coronavirus infections in the state of Victoria, which reported a record 288 new confirmed cases Friday.

Authorities say remdesivir will be available only to patients who are severely ill, require oxygen or high-level support to breathe, and are in hospital care. It is the only drug licensed by both the U.S. and the European Union as a treatment for people with severe illness from the coronavirus.

With a population of 26 million, Australia has recorded more than 9,000 coronavirus cases, with 107 deaths.

South Korea’s Centers for Disease Control and Prevention said Saturday that 13 of the new cases were in the densely populated Seoul metropolitan area, which has been at the centre of a virus resurgence since late May.

Infections were also reported in other major cities such Daejeon and Gwangju, where patients have been tied to various places, including churches, a Buddhist temple, churches, nursing homes and a sauna.

Fifteen of the new cases were linked to international arrivals as the virus continues to spread in Asia, North America and elsewhere.

7:08 a.m.: New coronavirus cases have dropped sharply in China, and authorities are turning their attention to concerns that the virus could spread through imported food.

Those worries have risen since a June outbreak in Beijing that was linked to the city’s largest wholesale market.

Testing has been stepped up on incoming food shipments, and on Friday customs officials said they are halting imports from three Ecuadorian shrimp producers after tests showed the virus present in recent shipments.

Authorities say the coronavirus was detected on the outer packaging of the shipments July 3. The inner packaging and the shrimp themselves tested negative. Products from the three companies received after March 12 have been ordered to be returned or destroyed.

7:03 a.m.: India’s coronavirus cases have passed 800,000 with the biggest spike of 27,114 cases in the past 24 hours, causing nearly a dozen states to impose a partial lockdown in high-risk areas.

The new confirmed cases took the national total to 820,916. The Health Ministry on Saturday also reported another 519 deaths for a total of 22,123.

A surge in infections saw the cases jumping from 600,000 to more than 800,000 in nine days. The ministry said the recovery rate was continuing to improve at more than 62%.

Eight of India’s 28 states, including the worst-hit Maharashtra, Tamil Nadu and New Delhi, account for nearly 90% of all infections.

6:06 a.m.: At least two doctors in Syria’s opposition-held northwest have been infected with the coronavirus, according to a monitoring group Saturday, raising the total number of cases in the overcrowded rebel enclave to three.

The Syrian opposition and militant groups control the Idlib area, which is home to more than 3 million people, most of them displaced by the war and living in tent camps and overcrowded facilities. Local health facilities have been targeted in Syrian government attacks that have recently displaced nearly a further million people.

The Early Warning and Alert Response Network, which reports on the virus, said the two doctors had been in touch with patient zero, another doctor who works in a hospital in Idlib. The first case was reported on Thursday and the hospital where the doctor works has since suspended its operations and quarantined patients and support staff to carry out testing.

12:47 a.m.: In his push to get schools and colleges to reopen this fall, President Donald Trump is again taking aim at their finances, this time threatening their tax-exempt status.

Trump said on Twitter on Friday he was ordering the Treasury Department to re-examine the tax-exempt status of schools that he says provide “radical indoctrination” instead of education.

“Too many Universities and School Systems are about Radical Left Indoctrination, not Education,” he tweeted. “Therefore, I am telling the Treasury Department to re-examine their Tax-Exempt Status and/or Funding, which will be taken away if this Propaganda or Act Against Public Policy continues. Our children must be Educated, not Indoctrinated!”

The Republican president did not explain what prompted the remark or which schools would be reviewed. But the threat is just one more that Trump has issued against schools as he ratchets up pressure to get them to open this fall. Twice this week Trump threatened to cut federal funding for schools that don’t reopen, including in an earlier tweet on Friday.

Friday 11:54 p.m.: Health officials are reporting eight cases of COVID-19 linked to public gatherings in Kelowna, British Columbia, during and around the Canada Day long weekend.

The Interior Health Authority says people who attended private gatherings, restaurants and bars from June 25 to July 6 in downtown and waterfront areas of the city may have been exposed to the illness.

Six of the eight cases are people who don’t live in the region and public health contact tracing is underway.

Officials are urging anyone who took part in such gatherings during this time period to closely monitor themselves for symptoms.

Friday 6 p.m.: Ontario’s regional health units are reporting 38,470 confirmed and probable cases of COVID-19, including 2,752 deaths, an increase of 118 cases since Thursday evening, according to the Star’s latest count.

The rate of new infections has fallen sharply in the province over the last two months and has remained low so far in July.

Over the last seven days, the province’s 34 health units have reported an average of 130 new infections per day, well down from a sustained peak of nearly 600 cases per day, seen in late April.

Starting this week, Toronto Public Health switched to reporting cases only on Mondays, Wednesdays and Fridays. As such, the provincewide count of COVID-19 cases reported each day is likely to be higher than typical on those days.

Another 10 new fatal cases were reported Thursday, seven in Toronto and one each in York, Waterloo and Niagara Regions. During the worst of the province’s epidemic, the health units reported as many as 94 deaths in a single day.

Earlier Friday, the province reported 117 patients are hospitalized, including 34, who are in an intensive care unit, of whom 24 are on a ventilator. These numbers are themselves near the lowest the province has reported since first publishing hospitalization data in early April.

The province says its data is accurate to 4 p.m. the previous day. The province also cautions its latest count of total deaths, 2,710, may be incomplete or out of date due to delays in the reporting system, saying that, in the event of a discrepancy, “data reported by (the health units) should be considered the most up to date.”

The Star’s count includes some patients reported as “probable” COVID-19 cases. This means they have symptoms and contacts or travel history that indicate they very likely have the disease, but have not yet received a positive lab test.