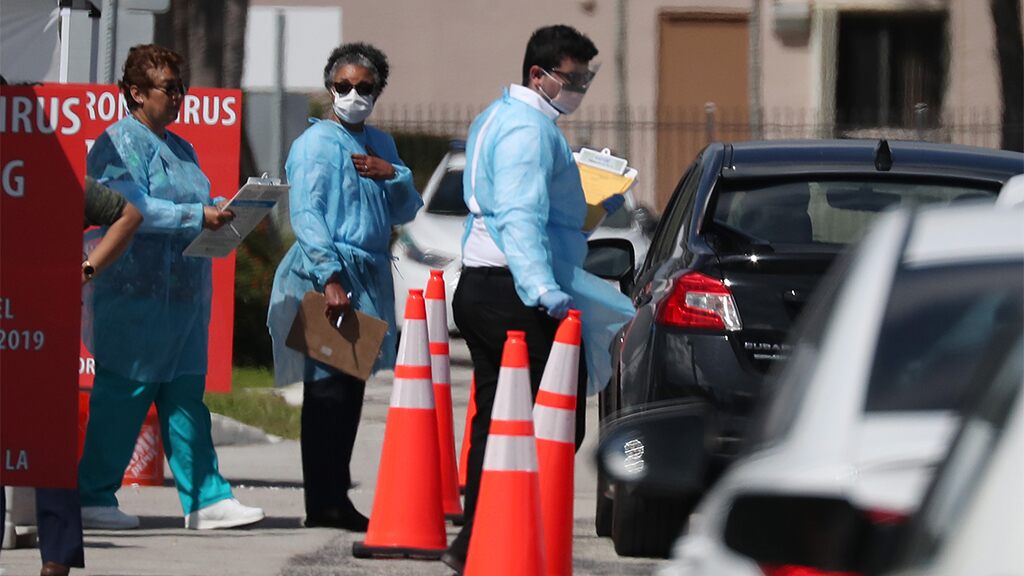 Florida set a weekly record of nearly 500 coronavirus-related deaths, a roughly 16 percent increase from the last highest weekly mortality rate reported in May.

The state’s Department of Health reported 95 new deaths Saturday, bringing the weekly total to 496 fatalities, which is an average of 71 deaths a day.

The World Health Organization (WHO) warned earlier this week that the global community should expect to see a rise in deaths, following weeks of spiking coronavirus cases.

The previous weekly record for average daily cases reported was 60, set on May 8. Florida then saw a drastic drop in cases, but health experts do not believe that this pattern is reoccurring.

Florida Gov. Ron DeSantis allowed parts of the state to initiate Phase One of reopening on May 4, and by May 18 the entire state — including the hardest-hit areas of Miami-Dade — was allowed to start reopening restaurants, offices and manufacturing, though Miami-Dade was the only county required to limit restaurant capacity to 50 percent.

Ryan explained that the sharp rise in cases is not strictly due to an increase in testing, adding: “This epidemic is accelerating.”

Testing has vastly increased, but the ratio to people being tested and testing positive has increased. In early June, the daily percentage of positive tests hovered around five percent, but the daily rate of positive cases over the last week has surpassed 19 percent.

IN FLORIDA, OVER 40 HOSPITALS MAX OUT ICU CAPACITY AMID CORONAVIRUS SURGE

“So I don’t think it should be a surprise if the deaths start to rise again,” Ryan said Tuesday.

President Trump has expressed his frustration with health experts’ warnings, taking to Twitter Thursday to say: “For the 1/100th time, the reason we show so many Cases, compared to other countries that haven’t done nearly as well as we have, is that our TESTING is much bigger and better.”

DeSantis has echoed the president’s rhetoric, claiming that the threat of infection has not increased, but that tests are just more readily available.

“There’s no need to be fearful,” he said earlier this week.

“There have been way more infections than documented cases,” DeSantis said Monday. “But it’s not really evidence that it’s more prevalent.”

The governor, like the president, has pushed for schools to reopen in the fall, citing concern over an “education gap” that virtual learning will cause.

“I want our kids to be able to minimize this education gap that I think has developed,” DeSantis said Thursday during a news conference. “In spite of good efforts with the online, it’s just not the same. So I worry about that gap.”

Trump announced Wednesday that he would consider cutting funds to schools that remain closed for in-person classes amid the coronavirus pandemic.

Fifteen minutes later on Wednesday, Trump criticized the Centers for Disease Control and Prevention (CDC) guidelines on how schools could reopen in-person classes safely, saying they were “impractical” and demanding they loosen the restrictions.

“I disagree with @CDCgov on their very tough & expensive guidelines for opening schools,” Trump tweeted Wednesday. “While they want them open, they are asking schools to do very impractical things. I will be meeting with them!!!”

The CDC has said it will not be loosening the guidelines but will release more literature to address questions schools may have.