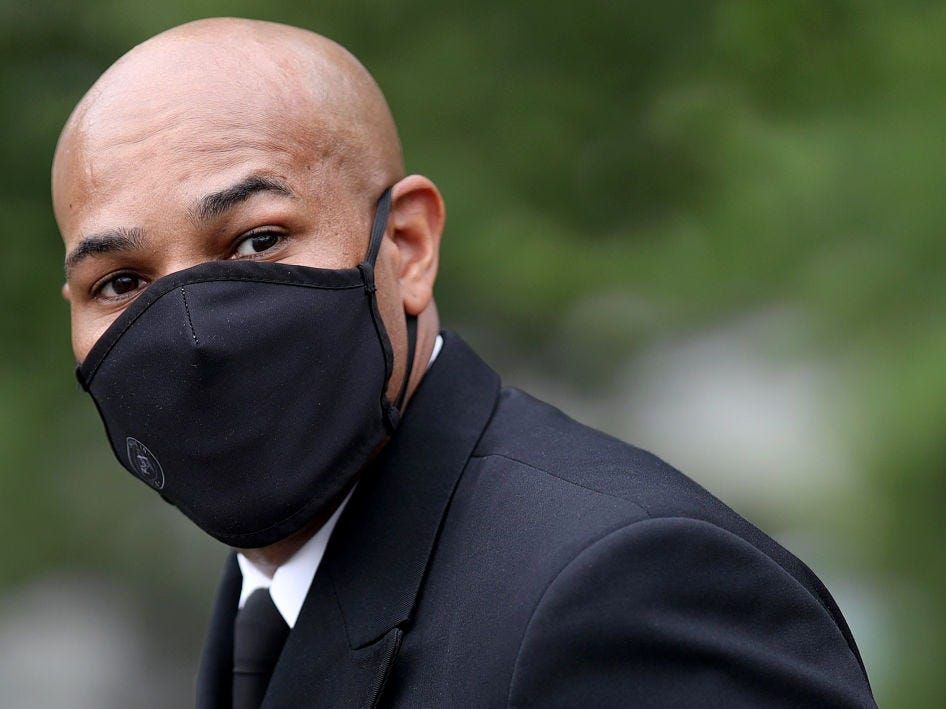 US Surgeon General Jerome Adams walks to the West Wing of the White House after a television interview July 7, 2020 in Washington, DC.

US Surgeon General Jerome Adams said Sunday that the US could turn around novel coronavirus infections in two to three weeks if “everyone does their part” by abiding with official prevention recommendations like social distancing and facial coverings.

Adams appeared Sunday on CBS’ “Face the Nation,” two days after the US recorded its highest ever number of daily COVID-19 infections, with more than 65,000 in a day. Adams said despite sharp rises in states across the country, if Americans follow guidelines en masse, the US could see near-immediate decreases in infections and fatalities.

“So just as we’ve seen cases skyrocket, we can turn this thing around in two to three weeks if we can get a critical mass of people wearing face coverings, practicing at least six feet of social distancing, doing the things that we know are effective,” Adams said.

After host Margaret Brennan pressed Adams on his previous warnings for Americans to avoid buying and wearing masks, he compared the advice he issued early on in the coronavirus pandemic to doctors who previously “prescribed cigarettes for asthmatics and leeches and cocaine and heroin for people as medical treatments” before they learned more.

“I was saying that then because of everything we knew about coronaviruses before that point told us that people were not likely to spread when they were asymptomatic,” Adams said Sunday. “So the science at the time suggested that there was not a high degree of asymptomatic spread. We learned more.”

Adams added: “We follow the science and when we learn more, our recommendations change. But it’s hard when people are continuing to talk about things from three, four months ago.”

However, Adams yet again shied away from announcing an official mask mandate. Federal guidelines recommend face coverings, but there has been no nationwide requirement, which Adams said could be seen as “over-policing.”

Several members of President Donald Trump’s administration made the rounds on Sunday talk shows to sound off on the current state of the pandemic in the US, particularly as school districts across the US continue to grapple with plans for reopening in the coming months.

Adm. Brett Giroir, the White House’s coronavirus testing czar, appeared Sunday on NBC’s Meet The Press and ABC’s This Week, where he said that despite some upticks, the US is in a “much better place than we were in April” with regard to the novel coronavirus.

“We are all very concerned about the rise in cases, no doubt about that,” Giroir said. “That’s why we’re meeting regularly, we’re surging in assistance, but we are in a much better place.”

“This is not out of control, but it requires a lot of effort and everybody’s going to have to do their part,” Giroir said, echoing Adams.

Don't Miss it As Covid-19 persists around the world, death is not the only outcome to fear | Gideon Meyerowitz-Katz | World news
Up Next Coronavirus USA: Donald Trump wears mask in public | DW News