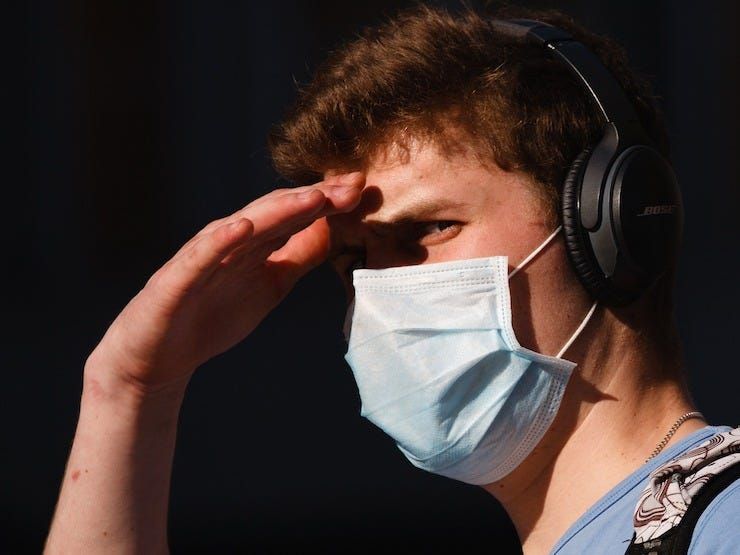 Coronavirus immunity starts to fade away just weeks after people show symptoms, according to a new study by UK scientists.

King’s College London research found that the presence of antibodies peaked three weeks after symptoms appeared, before fading away.

In some cases, the antibodies were undetectable three months afterwards.

One of the UK study’s authors said it put “another nail in the coffin of the dangerous concept of herd immunity.”

Immunity to the coronavirus may disappear within months for many patients, according to a major new UK study which found that antibodies peaked three weeks after symptoms appeared, before gradually fading away.

For some patients, no antibodies were detected at all after just a few months, throwing doubt on hopes for a viable long-lasting vaccine.

The study, which was carried out by scientists at King’s College London, and reported by The Guardian newspaper, “puts another nail in the coffin of the dangerous concept of herd immunity,” according to one of its authors.

Based on the antibody responses of 90 patients and health workers at Guy’s and St Thomas’ NHS foundation trust, it found that 60% tested had “potent” antibodies while battling COVID-19, but just 17% had the same level of potency three months later.

The potency of the antibodies fell by as much as 23-fold over the three months, the study found, and in some cases were undetectable at the end of that period of time.

The study, which has yet to be peer-reviewed, found that antibodies were more potent and lasted longer in patients with the most severe cases of the COVID-19 virus.

However, the findings suggest that like a common cold, people can be re-infected by the coronavirus, even if they developed antibodies during their first infection.

It is the latest study to pour cold water over so-called herd immunity — the theory that a population will become immune to the virus once if at least 60% of people catch it.

A similar study in Spain, published last week, found that just 5% of people tested had maintained coronavirus antibodies, with 14% of people who tested positive for the antibodies in the first round of testing, not testing positive in subsequent tests carried out weeks later.

Two of the Spanish study’s authors, Isabella Eckerle and Benjamin Meyer, said: “In light of these findings, any proposed approach to achieve herd immunity through natural infection is not only highly unethical, but also unachievable.”

He said: “One thing we know about these coronaviruses is that people can get reinfected fairly often.

“What that must mean is that the protective immunity people generate doesn’t last very long.

“It looks like Sars-Cov-2, the virus that causes Covid-19, might be falling into that pattern as well.”

The study “puts another nail in the coffin of the dangerous concept of herd immunity,” according to Professor Jonathan Heeney, a virologist at the University of Cambridge, and warned that deliberately trying to get infected in the name of so-called herd immunity created the risk of severe health damage in the future.

“I cannot underscore how important it is that the public understands that getting infected by this virus is not a good thing. Some of the public, especially the youth, have become somewhat cavalier about getting infected, thinking that they would contribute to herd immunity,” he said.

“Not only will they place themselves at risk, and others, by getting infected, and losing immunity, they may even put themselves at greater risk of more severe lung disease if they get infected again in the years to come.”

However, Professor Arne Akbar, who is an immunologist at UCL, told the Guardian that T cells, which are produced to fight common colds, may help supplement the protection produced by antibodies, meaning that immunity may last longer than the study suggests.

Dr Katie Doores of King’s College London, the UK study’s lead author, said the findings could be a sign that any future vaccine for the coronavirus would need to be provided regularly in order for people to maintain immunity.

“People are producing a reasonable antibody response to the virus, but it’s waning over a short period of time and depending on how high your peak is, that determines how long the antibodies are staying around,” she said.

“Infection tends to give you the best-case scenario for an antibody response, so if your infection is giving you antibody levels that wane in two to three months, the vaccine will potentially do the same thing,

“People may need boosting and one shot might not be sufficient.”

In an interview with Sky News reported by The Guardian, Professor Robin Shattock of Imperial College London said that while re-infection would probably be “less severe” due to people retaining “immune memory,” the risk of them passing on the virus meant they would likely have to receive boosts of the vaccine on a regular basis.

“Ultimately this may require the use of annual boosting immunisations, particularly for the most vulnerable. This could be delivered alongside annual influenza immunisations,” he said.

Prime Minister Boris Johnson’s UK government has denied initially trying to pursue a strategy of herd immunity before being warned that it would lead to the deaths of hundreds of thousands of people.

An Italian health minister last month claimed that Johnson revealed his intention to pursue herd immunity in a phone call with Italian Prime Minister Giuseppe Conti on March 13, a little more than a week before the UK entered a countrywide lockdown.

On the same day, Patrick Vallance, the chief scientific adviser to the UK government, said he believed the UK would be able to achieve herd immunity.

Don't Miss it P.E.I. health care worker tests positive for COVID-19
Up Next Where are Victoria's coronavirus hotspots and how are authorities dealing with them? | ABC News