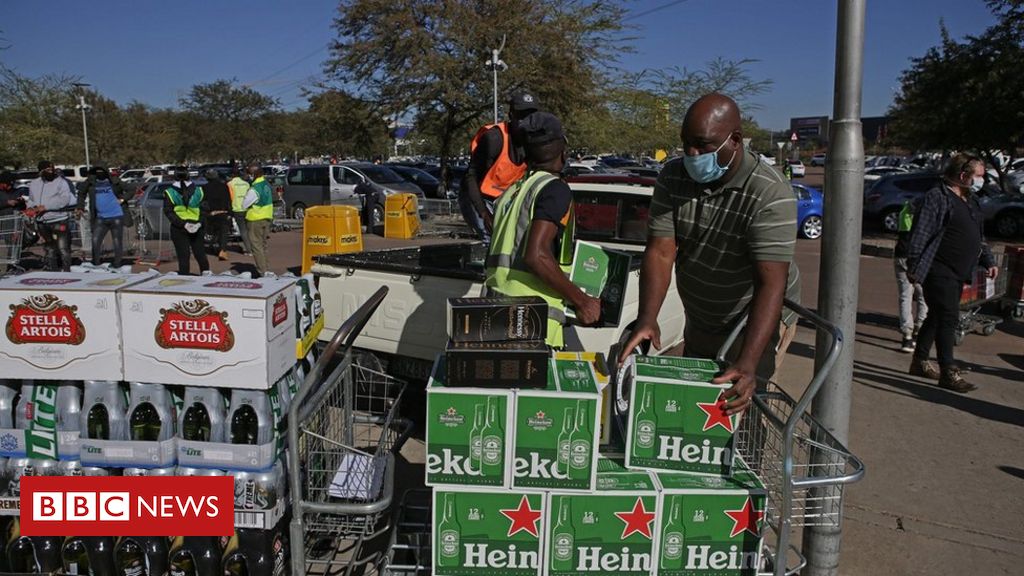 South Africa has introduced new restrictions, including another ban on alcohol sales, to help contain the spread of coronavirus.

A night-time curfew has been imposed, and the wearing of masks outdoors is now compulsory.

It comes as total infections exceed a quarter of a million.

Deaths resulting from coronavirus have also risen to more than 4,000, and government projections estimate this could rise to 50,000 by the end of the year.

How fast is coronavirus spreading in Africa?

South Africa remains the hardest-hit country on the continent, and earlier this week recorded its highest-ever single-day increase in cases. Nearly half of them were in Gauteng, a province that’s become the outbreak epicentre.

In a public address, Mr Ramaphosa acknowledged “most” people had taken action to help prevent the spread, but he said there were still some who acted “without any responsibility to respect and protect each other”.

“There are a number of people who have taken to organising parties, who have drinking sprees, and some who walk around crowded spaces without wearing masks,” said the president.

Mr Ramaphosa said the new measures were being introduced to help the country to weather the storm of coronavirus, and a state of emergency would be extended until 15 August. The night-time ban would be in place from 21:00 to 04:00.

The government has also made 28,000 hospital beds available for Covid-19 patients. But President Ramaphosa said the country still faced a “serious” shortage of more than 12,000 healthcare workers, including nurses, doctors and physiotherapists.

The alcohol ban comes just weeks after another three-month ban was lifted in an effort to prevent drunken fighting, cut domestic violence and eliminate weekend binge-drinking prevalent across South Africa.

Doctors and police say the previous ban contributed to a sharp drop in emergency admissions to hospital. But the country’s brewers and wine makers complained they were being driven out of business.

Media captionSouth Africa’s province Gauteng has become the epicentre of coronavirus cases in the country.

Don't Miss it White House seeks to discredit Fauci as coronavirus surges
Up Next Coronavirus in the USA: Trump's downfall? | To the point