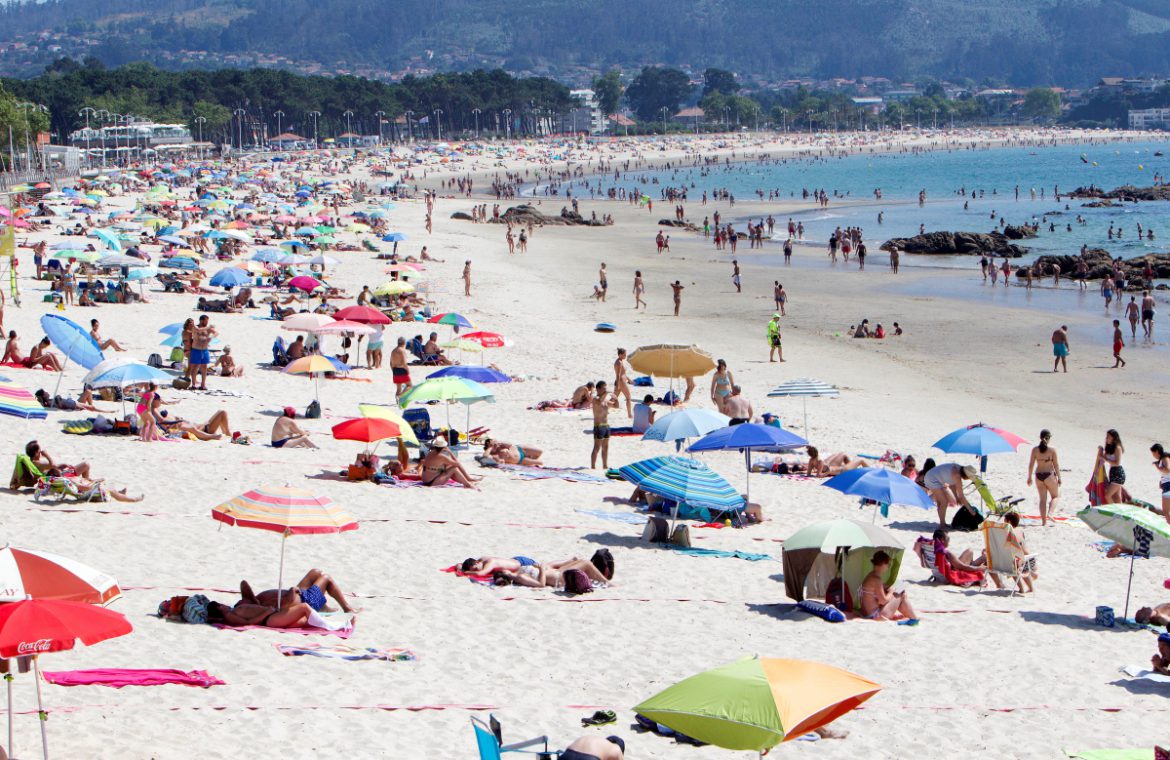 MORE regions across Spain could be forced back into lockdown as coronavirus cases spike once again.

The Spanish Health Ministry confirmed 852 new cases of coronavirus on Friday, which is the highest daily increase since the lockdown ended last month.

Regions across Spain are facing new lockdown measures after a spike in casesCredit: PA:Press Association

The last time the country reported high numbers was on May 28, with more than 1,000 daily cases confirmed, yet has seen dwindling numbers since.

However, the new high has already led to localised lockdowns.

Two regions have been locked down, but rising fears could lead to further restrictions elsewhere.

The region of Galicia imposed restrictions on about 70,000 people earlier this month following a Covid-19 outbreak.

Galicia has been locked down due to the coronavirus spikeCredit: Getty Images – Getty

Residents in Segria are no longer allowed to leave the area – the move is estimated to affect around 400,000, with the city of Lleida also locked down from today.

People in another seven municipalities near Lleida in the Segria region have been told they can only venture outdoors to buy food or go to the bank or for work if it is an “essential service” and cannot be done from home, with increased measures being introduced.

The Spanish government is to conduct an emergency meeting later today to discuss further measures to be introduced.

According to local media, drastic measures have not been ruled out over fears of the virus spreading once again.

It isn’t great news for Brits who have been slowly returning to Spain since last month, following the lowering of quarantine measures.

Brits have been returning to the country for their holidays since last monthCredit: EPA

Holidaymakers have already been booking holidays to hotspots including Magaluf and Benidorm, with bars and beaches welcoming punters back for the first time in months.

However, experts have warned that travel insurers are unlikely to protect Brits if a region goes into lockdown ahead of their holiday or if new quarantine restrictions are introduced.

Resolver CEO Alex Neill told The Sun: “Anyone booking now needs to do their homework and be aware they’re the ones bearing all the risk.

“If you’ve already got a pre-booked holiday you may very well face the situation of being able to go, so the trip isn’t cancelled, but having to quarantine.”

It also won’t be the same Spanish break as before, with face masks mandatory in a number of regions including Barcelona and the Balearic Islands.

TICKET TO RIDEAlton Towers is giving away 30,000 free tickets to certain jobs

PITCH INCamping holidays to be cheaper this year due to VAT cuts, claims tour operator

Holidaymakers have even been left stranded after booking holidays to Spain – only to find the hotels are still closed.

One mum says she was so concerned her sons would have to “sleep on the beach” she ended up shelling out an additional £600 for an apartment after they’d already paid £1,500 for a hotel that ended up being closed.

Paul Davis, 48, from Lincolnshire told Which? that the gates of the hotel he had booked in Salou, Spain for himself, his partner and their 10-year-old son, were padlocked when he arrived last weekend.

Spanish city of 140,000 people locks down again after spike in coronavirus cases

Don't Miss it Japan is gambling on a 'lockdown lite' strategy to beat coronavirus. Can it win? | ABC News
Up Next Six months into the COVID-19 pandemic, how much closer are we to a vaccine?