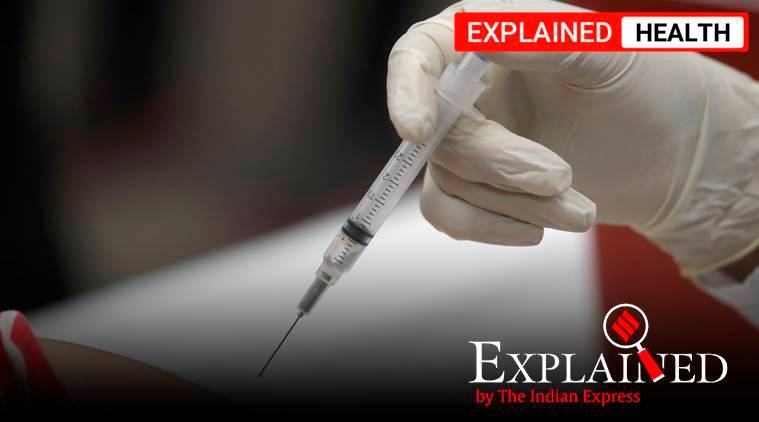 Only one vaccine candidate being developed in Russia has reached the human clinical trial stage.

Like all the other potential candidates, one being developed in Russia is also far from being ready at this point. Numerous reports on Sunday had claimed that clinical trials for a Russian vaccine had been ‘successfully’ completed. What these reports did not specifically mention is that only phase-I of the clinical trials had been completed. Phase-II trials are supposed to start today, while there is no clarity over phase-III trials.

There is only one candidate vaccine being developed in Russia which has reached the human clinical trial stage. That candidate, being developed by the Gamalei National Research Centre for Epidemiology and Microbiology, in partnership with the Russian Defence Ministry, had begun phase-I human trials on June 18, with 18 volunteers from the armed forces having been chosen for administering the vaccine.

A report by the TASS news agency of Russia on July 10 said the phase-I clinical trials will end on July 15, while the phase-II will begin today, that is July 13.

“…An in-ward treatment of the first group of volunteers, who were tested for the safety and tolerability of the vaccine, will end on July 15,” the TASS agency quoted Russian Defence Ministry as saying.

‘Safety and tolerability’ of a vaccine is tested in phase I on a small group of volunteers. The news report said the ministry had claimed that none of the volunteers had reported any complaints, there experienced no side-effects, and would be discharged from the hospital soon.

‘Efficiency and immunogenicity (generation of immune response)” is tested in phase two of trials. It is in this stage that researchers try to see whether the vaccine is triggering the desired immune response in human beings, and what could be the suitable doses to generate this response.

Vaccine development usually involve a third phase as well. In fact, no vaccine for largescale use has been approved without the third phase of trials till now. Large number of volunteers, usually numbering several thousands, are enrolled for the third phase in which researchers try to ascertain whether the immune response triggered by the vaccine is able to fight the virus in real life situations. This process could take several months.

? Express Explained is now on Telegram. Click here to join our channel (@ieexplained) and stay updated with the latest

In the case of Russian candidate vaccine, as with any other candidate, the success of phase-II trials, which could take at least couple of months, is not guaranteed. The success can only be ascertained after the completion of the trials.

It is not clear as of now whether the Russian candidate vaccine would go through phase-III trials as well. Usually, that is the case, but recently, considering the current emergency situation, a candidate vaccine developed in China has been approved for use after phase-II trials itself, but it is supposed to be administered only on army personnel as of now. It will depend on the Russian regulatory authorities to decide whether the Russian vaccine would need phase III trials as well.

Even after the successful completion of phase-III, it usually takes several months before a vaccine is accessible to a general public. Several rounds of regulatory and administrative approvals are required. That is why several scientists, and even WHO officials, have been maintaining that it would be take at least 12-18 months before any Coronavirus vaccine is able to hit the market.

Even then, the vaccine is unlikely to be available for all at one go. Initially, it is expected to be made available only to people who are at higher risk of getting the infection, like healthcare workers. A universal immunisation against Coronavirus can take several years, just like it has been the case with other vaccines.

Don't Miss it Where are Victoria's coronavirus hotspots and how are authorities dealing with them? | ABC News
Up Next Uber data sheds light on Sydney, Melbourne amid COVID-19