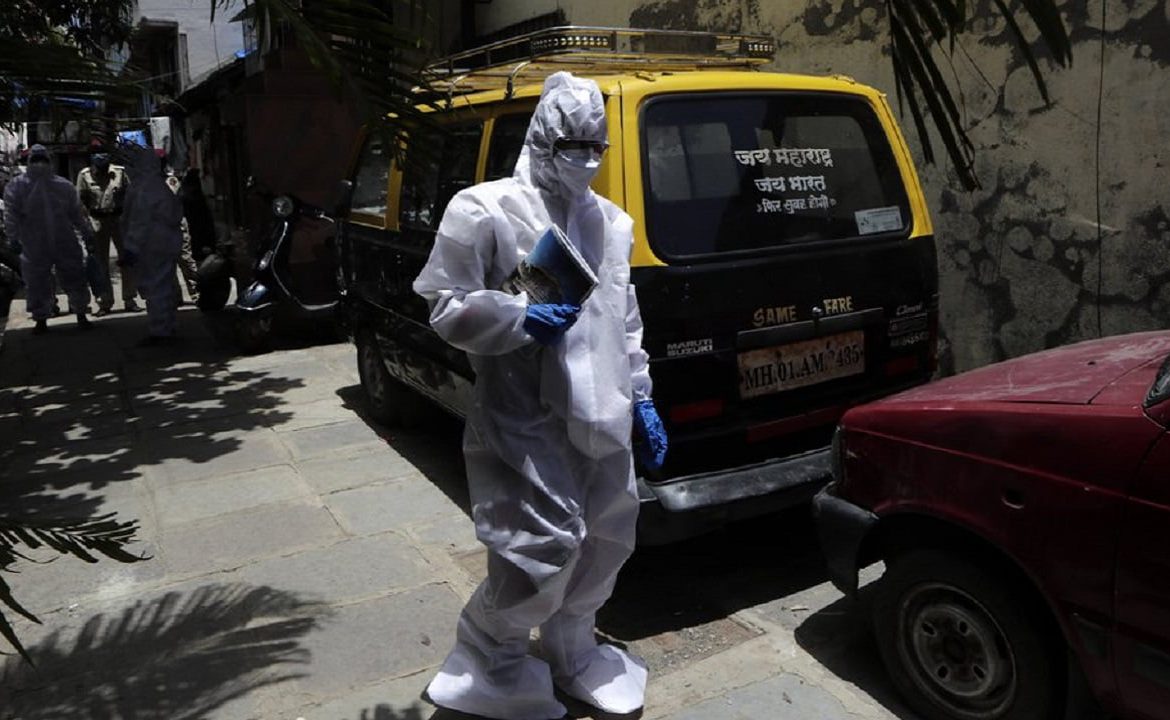 Coronavirus LIVE Updates: With 1,916 more people testing positive for the novel coronavirus in Andhra Pradesh, the total confirmed cases in the state climbed to 33,019 on Tuesday.

Coronavirus LATEST Updates: With 1,916 more people testing positive for the novel coronavirus in Andhra Pradesh, the total confirmed cases in the state climbed to 33,019 on Tuesday.

Of the total confirmed cases in the state, there are 15,144 active cases including 17,467 recoveries.

The pandemic has now killed more than half a million people in six-and-a-half months, and World Health Organization (WHO) chief Tedros Adhanom Ghebreyesus said there would be no return to the ‘old normal’ for the foreseeable future, especially if preventive measures were neglected.

The total number of coronavirus cases in India crossed 8.50 lakh with 28,701 new infections reported countrywide on Monday. Meanwhile, with the surge in cases across the country, more state governments are likely to impose lockdown restrictions in cities, reports said.

According to Union health ministry data, 500 new casualties have also been reported on Monday, taking the total toll to 23,174. Of the total tally of cases, active infections are 3,01,609 while 5,53,471 people have been cured.

Uttar Pradesh recorded the highest single-day rise with 1,654 new cases reported in the past 24 hours, pushing the total to over 38,000.

Health Minister Harsh Vardhan was quoted by CNN-News18 as saying that he wouldn’t be able to set a deadline for a vaccine to treat coronavirus.

Pune, Bengaluru, Kerala to be under lockdown as COVID-19 cases rise

Across the country, authorities are preparing to reimpose lockdown restrictions for varying periods in more cities. In Pune and Bengaluru, the seven- and 10-day lockdown respectively, will begin from Tuesday.

The Kerala government has imposed an enhanced triple lockdown in the coastal areas which have been declared as critical containment zones. The triple lockdown came into force from 6 am on Monday and will continue till 23 July.

No movement of people will be allowed to and from the containment zones except for medical emergency and exempted services. The government has also declared five kilograms of rice to the families residing in these regions free of cost, ANI reported.

Shops that sell essential items will be allowed to function from 10 am to 6 pm. These shops are permitted to collect stock from 7 am to 9 am.

Additionally, the Uttar Pradesh government decided to implement strict restrictions across the state on weekends to check the spread of coronavirus, joining Karnataka and Tamil Nadu which have been imposing ‘Sunday lockdown’.

Assam, Arunachal Pradesh, Meghalaya and Bihar were among the states that have already announced area-wise lockdown for different durations.

Tamil Nadu chief minister K Palaniswami extended the curbs in Madurai and nearby regions including the Paravai Town Panchayat and several village panchayats till 14 July.

The Maharashtra government had earlier announced a comprehensive lockdown in Pune and Pimpri-Chinchwad from 13-23 July. The state government had imposed similar curbs in areas around Mumbai.

Authorities in Kashmir too began strict implementation of another phase of the lockdown on Sunday, sealing off historic Lal Chowk and 67 other areas in Srinagar which have been declared containment zones after a sudden surge in COVID-19 positive cases over the past one week.

The Indian Express reported that authorities the “movement of people are restricted to essential services and medical emergencies only”.

The Punjab government reportedly issued a “complete bar” on all public gatherings, while restricting social gatherings to five and marriages/other social functions to 30 instead of the current 50, News18 reported. Additionally, the state government also mandated that an FIR be filed against lockdown violators.

The Brihanmumbai Municipal Corporation (BMC) on Monday said that Mumbai has achieved a doubling-rate of 50 days for COVID-19 cases, which is the highest in the country currently.

The municipal body credited the achievement to the recently-adopted ‘open testing policy’, which allows people to get tested for coronavirus without prescriptions. Reports said that Mumbai is the only city in the country to implement such a testing policy.

The BMC’s discharge rate now stands at 70 percent, and on Sunday, after allotting beds to all patients, there were still 7,000 COVID-19 beds plus 250 ICU beds lying vacant, he added.

Meanwhile, the Maharashtra government “decided to cancel exams in all state-run universities in view of the rising coronavirus cases in the state,” News18 reported quoting state education minister Uday Samant.

The Supreme Court on Monday refused to entertain a plea seeking restrictions on devotees in the Amarnath Yatra pilgrimage this year due to COVID-19 pandemic, saying the issue has to be left with the local administration to look into.

“We have to respect principle of separation of powers,” said a bench comprising justices DY Chandrachud, Indu Malhotra and KM Joseph and declined to enter the arena of the executive which has to deal with it as per statutory norms.

“We are of view that recourse being taken here under Article 32 (of the Constitution) is inappropriate. The issue as to whether Yatra be held should be left with the local administration. Undoubtedly any decision arrived at must be based on law and all relevant statutory provisions”, the bench, which conducted the hearing through video conferencing, noted in the order.

The apex court was hearing a plea filed by ”Shri Amarnath Barfani Langars Organisation” (SABLO) which had sought a direction to the Centre, Union Territory of Jammu and Kashmir and Shri Amarnathji Shrine Board to restrict the access of pilgrims in the Yatra this year in wake of the coronavirus outbreak.

Karnataka tourism minister CT Ravi has tested positive for coronavirus. His wife and daughter have however, tested negative for the virus, PTI reported.

He went into home quarantine on 11 July after he came in contact with a coronavirus patient.

WHO team arrives in China to investigate origin of COVID-19

Two World Health Organisation experts arrived in China on Monday as part of a mission in China to trace the origin of the coronavirus pandemic. The virus was first detected in central China’s city of Wuhan late last year. Beijing had been reluctant to allow a probe but relented after scores of countries called on the WHO to conduct a thorough investigation.

China has argued that the virus might have originated outside of China and has denied allegations that it covered up the scale of the outbreak as infections first began to spread.

“We have a basic consensus with the WHO that virus tracing is a scientific issue, and that requires international scientific research and cooperation of scientists across the world,” ministry spokesperson Hua said at a daily briefing. “WHO also believes that the virus tracing is an issue in progress, which may involve multiple countries and regions, and WHO will also conduct similar inspections in other countries and regions as needed.”