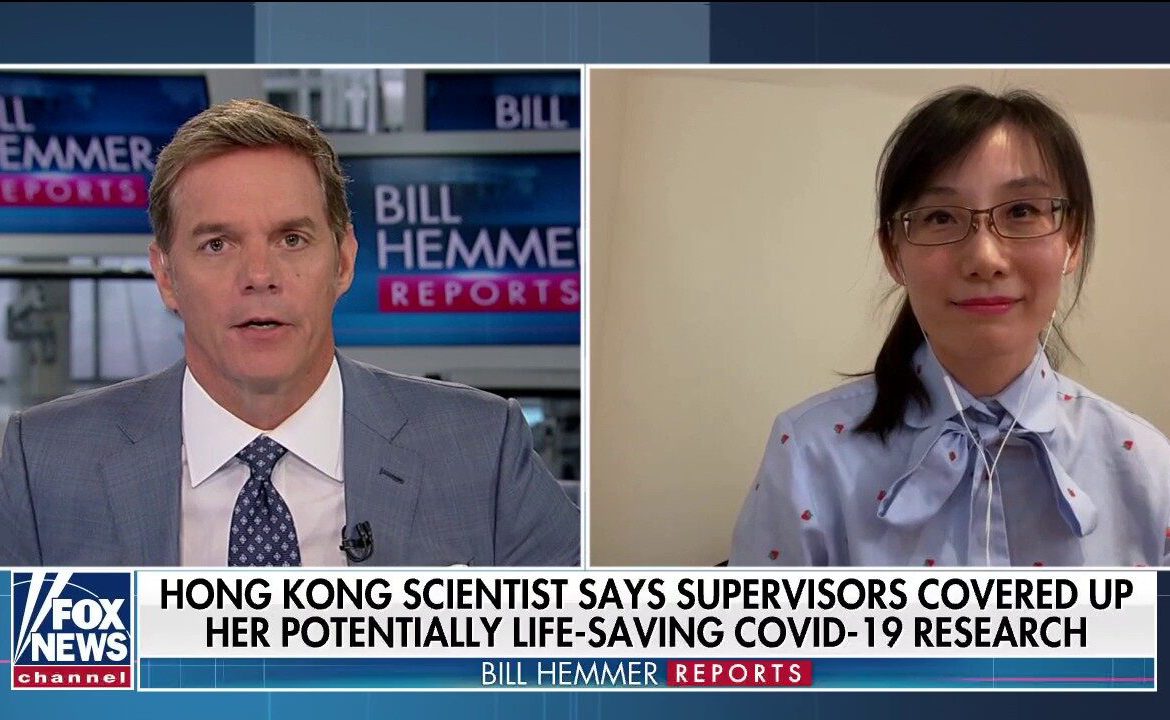 A Hong Kong virologist who fled to the U.S. earlier this year told “Bill Hemmer Reports” in an exclusive interview Monday that lives could have been saved if the Chinese government hadn’t censored her work.

“This is a huge pandemic we have seen in the world,” Yan Li-Meng told host Bill Hemmer. “It’s more than anything we’ve known in human history. So, the timing is very, very important. If we can stop it early, we can save lives.”

Yan exclusively told Fox News Digital last week that she believes the Chinese government knew about the novel coronavirus well before acknowledging the outbreak publicly. She also claimed her supervisors, renowned as some of the top experts in the field, ignored research she was doing at the onset of the pandemic that she believes could have saved lives.

“I have to hide because I know how they treat whistleblowers, and as a whistleblower here I want to tell the truth of COVID-19 and the origin of the SARS-2 COVID virus,” Yan told Fox News Digital.

She told Hemmer that Beijing government knew in December that more than 40 citizens had already been infected with the virus and “human-to-human transmissions [were] already [occurring] at that time.”

An intelligence dossier compiled by the Five Eyes intelligence agenices that was leaked to an Australian newspaper in May stated that Chinese authorities denied that the virus could be spread between humans until Jan. 20, “despite evidence of human-human transmission from early December.” As late as Jan. 14, the World Health Organization had stated that there was “no clear evidence” for human-to-human transmission of COVID-19.

Yan told Hemmer that she has records of communications with others in China, appearing to describe them as chatlogs, and underlined that she is very much in fear for her life.

“I know how they treat whistleblowers,” she said. “[They want] To keep people silent if they want to reveal the truth, not only about COVID-19, but also for the other things happening in China. For example, during the SARS [pandemic of 2003], senior doctor Professor Jiang Yanyong had revealed evidence [of a cover-up] in Beijing … and also in Shanghai [another physician’s] team reviewed the sequence of the SARS-COVID-2 [coronavirus] for the first time in the world and published it in February this year and then their lab was shut down by the government.

“I am waiting to tell all the things I know, provide all the evidence to the U.S. Government,” Yan added. “And I want them to understand, and I also want the U.S. people to understand how terrible this is. It is not what you have seen … This is something very different. We have to chase the true evidence and get the real evidence because this is a key part to stop this pandemic. We don’t have much time.”