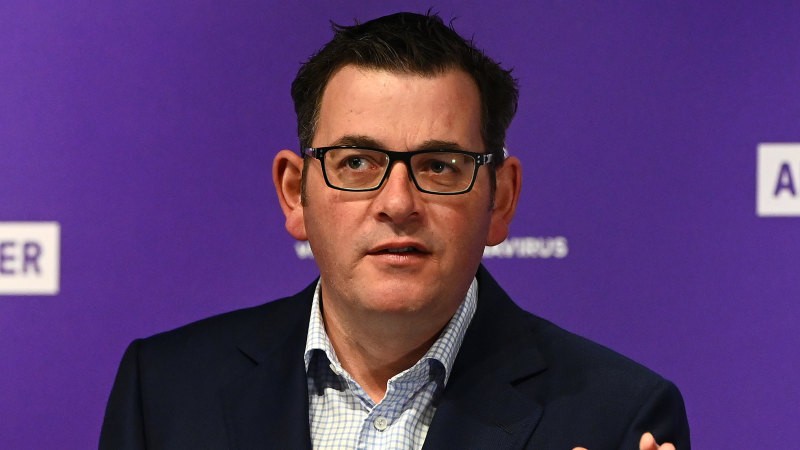 “Obviously with such large numbers it’s a real challenge to get to the bottom of exactly where those people have been, who they’ve spent time with, who are their close contacts.”

Almost 22,000 tests were conducted on Monday.

It is the ninth day in a row the state has recorded a triple-digit increase.

Chief Health Officer Brett Sutton on Monday revealed that all of Victoria’s active COVID-19 cases could possibly be traced back to breaches at quarantine hotels.

As The Age and the Sydney Morning Herald reported today, top Victorian bureaucrats warned health officials on the first day of the hotel quarantine scheme in late March that private guards were ill-equipped and police should be called in to oversee the operation.

The number of patients in intensive care has grown by nine overnight, taking the state’s total to 26.

“That’s a measure of the fact that we’re going into a phase where a lot of our current cases will be deteriorating, 21 of those patients are on ventilators,” Professor Sutton said on Tuesday.

“There are 81 patients in hospital in total, an increase of 13 since yesterday.”

There are multiple aged care outbreaks in Victoria, including 28 cases at Menarock aged care facility in Essendon.

With the announcement of 270 cases in Victoria overnight, Australia has now recorded 10,000 coronavirus cases since the start of the pandemic.

Australia recorded its first case on January 25, in a man from Wuhan who flew into Melbourne from Guandong on January 19.

The Premier also revealed details on how Australian Defence Force members will be used in Victoria, following discussions with Prime Minister Scott Morrison.

About 1000 members will join Victoria’s effort in the next three to four weeks, adding to about 335 members helping the state’s effort already.

Many Victorian ambulances will now be staffed by one ADF member together with one Ambulance Victoria paramedic.

Mr Andrews said this was in anticipation of paramedics inevitably being sent into self-isolation after contact with confirmed cases.

Get our Coronavirus Update newsletter for the day’s crucial developments. Sign up to The Sydney Morning Herald’s newsletter here and The Age’s here.

Michael is a state political reporter for The Age.

Mary Ward is a reporter at The Sydney Morning Herald.

Don't Miss it Coronavirus: What went wrong in Brazil? – BBC News
Up Next Australia's roads are empty now, but what happens after coronavirus? | ABC News