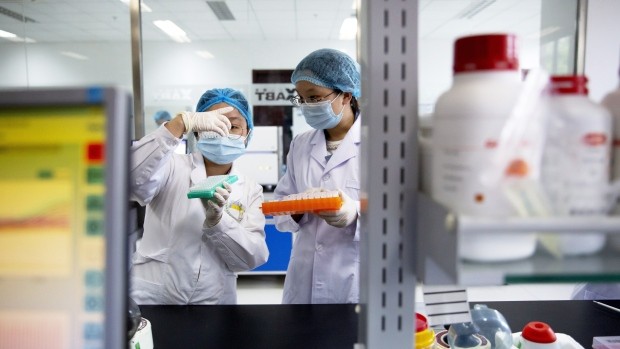 TORONTO —
Ontario health officials recorded 111 new cases of COVID-19 for the second straight day, as well as a slight increase in deaths.

Officials confirmed on Friday that nine more people have died of the novel coronavirus. On Thursday, the province recorded that five people had died.

The new cases and deaths reported come as most regions in Ontario begin Stage 3 of the province’s reopening plan.

Earlier this week, the province confirmed 102 new cases of COVID-19, the lowest number of new infections since March 25.

The recent infections bring Ontario’s total number of lab-confirmed cases of the disease to 37,274, including 2,746 deaths and 33,162 recoveries.

Where are the COVID-19 cases?

Ontario Health Minister Christine Elliott said that 28 of the province’s 34 public health units have reported five or fewer new cases of the disease on Friday, with 18 of them reporting no new cases at all.

According to Friday’s epidemiology report, three of the new cases were found in Peel Region, seven were found in York Region, 38 were found in Toronto, and 21 were found in Windsor-Essex, a region that has grappled with outbreaks among migrant workers.

These regions have all been held back from advancing to Stage 3 of the province’s reopening plan because of their case numbers.

The majority of total deaths to date have been reported in people over the age of 79. One person under the age of 19 who had COVID-19 has died in Ontario, but it is not clear if the death was caused by the disease or other health issues.

More than 1,800 people over the age of 80 have died of the disease, many of whom lived in long-term care homes.

As of Friday, there were 108 people in the hospital due to COVID-19. Thirty of those patients are in the intensive care unit and 21 of them are breathing with the assistance of ventilators.

Most of Ontario enters Stage 3 today. As we do, please continue to practice physical distancing and wear a face covering when doing so is a challenge, such as safely visiting a favourite local store. Today’s numbers will be available at 10:30 a.m. at https://t.co/ypmgZbVRvn.

Ontario health officials have conducted more than 1.8 million tests for the disease since the pandemic was declared.

More than 24,000 tests are still under investigation.