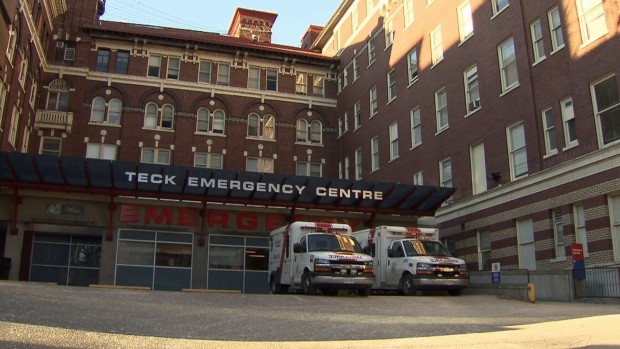 VANCOUVER —
B.C.’s top doctor says one infant has tested positive for COVID-19 at a Vancouver hospital where an outbreak was declared in the neonatal intensive care unit Thursday.

The outbreak was reported Thursday afternoon, after the daily coronavirus update from Henry and Health Minister Adrian Dix. Outbreak protocols have been enacted and the unit has been closed for cleaning, Vancouver Coastal Health says.

Henry was unable to say how the virus was introduced to the hospital, nor how many people there had tested positive for the virus so far.

“Vancouver Coastal is still looking at exactly how the virus was introduced,” Henry said. “Right now, there’s a very small number, so less than 10 people, who were in the exposed group.”

She specified that a single baby had tested positive, though the child had not been showing any symptoms.

The provincial health officer told reporters there were no babies in the NICU with “severe” or “worrisome” illness, and stressed that children under age 10 tend to be much less likely to become infected with COVID-19 or to have severe illness when they do.

“I do believe it is a very low-risk scenario for those who are in the NICU,” she added.

A VCH spokesperson told CTV News the hospital’s maternity ward is still open and a satellite NICU has opened.

“There is no evidence of risk to patients elsewhere in the hospital,” a statement from VCH says.

“Infants and families can continue to safely receive the care they need,” the provincial health officer said.

Everyone who may have been exposed to the virus is now being monitored, Henry said.

“There are a number of families and staff who have been contacts who are now isolated,” she added.

Asked about her message to pregnant women in light of the St. Paul’s outbreak, Henry said it is “absolutely safe to go into the hospital for your pregnancy.”

“This is an unfortunate event,” Henry said. “Thankfully, nobody is seriously ill right now, and we do know that we’re putting every measure in place to make sure it is safe.”

Don't Miss it Coronavirus: Inside the eerie heart of London’s financial district, as towns and cities risk being redrawn | UK News
Up Next Brazil’s coronavirus chaos provides a global laboratory for the vaccine race