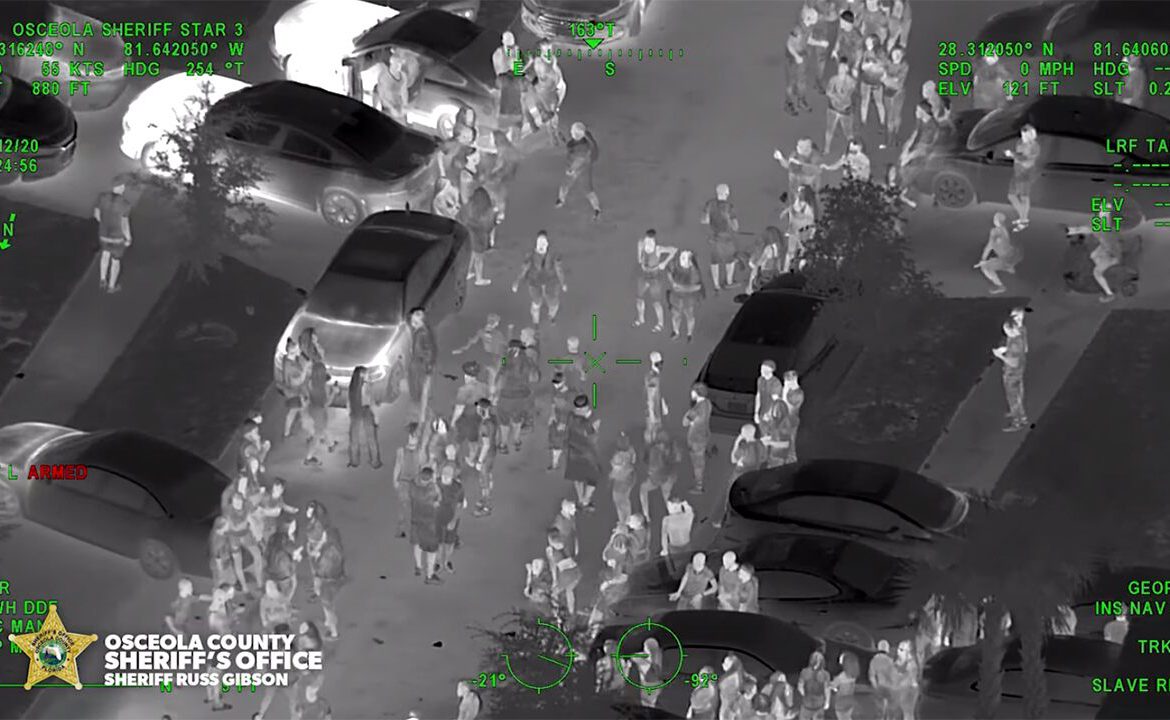 Florida gang members have supposedly been hosting massive parties at vacation rental homes with the hopes of spreading the coronavirus, according to officials.

Osceola County Sherriff Russ Gibson reported that the sheriff’s office has received more than 600 noise complaints, many related to what Gibson referred to as “COVID-19 parties.” Gibson advised that over the coming weekend, his deputies plan to step up patrols in areas where the parties have been known to happen.

“They’re being referred to, from what I’m being told, as COVID-19 parties where they’re actually getting together and they’re trying to mingle to potentially spread the virus amongst each other if they’re asymptomatic or whatever the case might be,” Gibson said.

Gibson claimed that such parties range in size from 50 to 400 people, some coming from other parts of Central Florida, Click Orlando reported. The parties largely appear to occur at vacation rental properties, specifically in three gated housing developments.

Gibson raised the issue as Osceola county experiences a spike in COVID-19 cases. The younger people who attend such parties may only experience mild symptoms should they become infected, but the danger is to their family members, particularly the more vulnerable population of elderly people.

“The problem is when you have this and you take it back home to a parent or grandparent, and unknowingly pass that virus on to them, and potentially end their life — It’s just not worth it,” Gibson said. “And I think sometimes our young folks are just thinking about the moment.”

He mentioned an incident in April where a man was fatally shot during one of these house parties. Demetrius Cox, 20, was taken into custody after shooting a man at one of the house parties, FR24 News reported.

“Well, a lot of times, we’ve been finding out that there are people here that are unsavory people that you wouldn’t want in your neighborhoods,” Gibson added. “There are some gangs, that are renting these houses, and they’re coming here to Osceola County.”

Gibson plans to work with county commissioners and politicians to develop some type of law or ordinance that would prevent these types of parties from happening. Until then, he only asks that residents call the sheriffs or report any such parties they see advertised on social media.