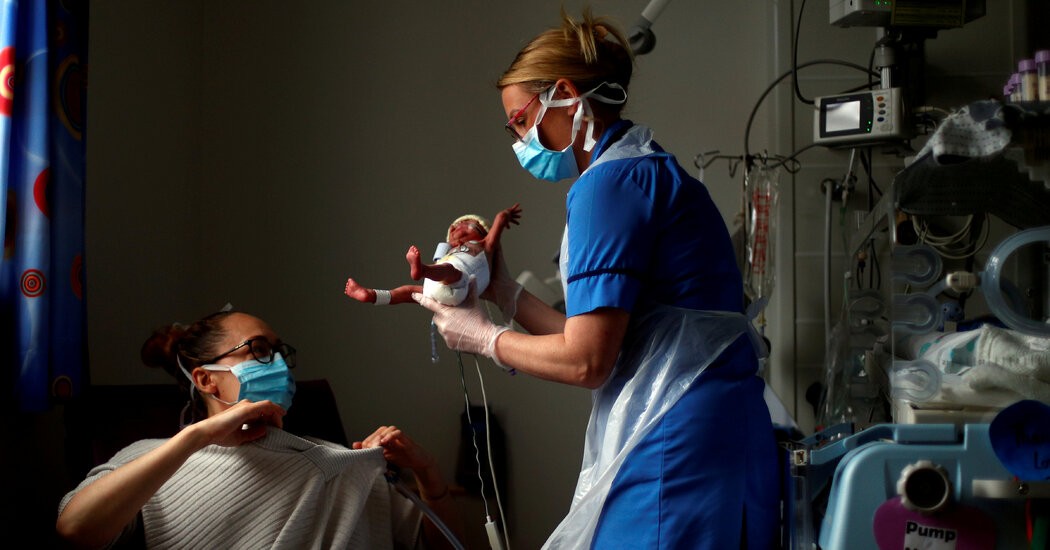 This spring, as countries around the world told people to stay home to slow the spread of the coronavirus, doctors in neonatal intensive care units were noticing something strange: Premature births were falling, in some cases drastically.

It started with doctors in Ireland and Denmark. Each team, unaware of the other’s work, crunched the numbers from its own region or country and found that during the lockdowns, premature births — especially the earliest, most dangerous cases — had plummeted. When they shared their findings, they heard similar anecdotal reports from other countries.

They don’t know what caused the drop in premature births, and can only speculate as to the factors in lockdown that might have contributed. But further research might help doctors, scientists and parents-to-be understand the causes of premature birth and ways to prevent it, which have been elusive until now. Their studies are not yet peer reviewed, and have been posted only on preprint servers. In some cases the changes amounted to only a few missing babies per hospital. But they represented significant reductions from the norm, and some experts in premature birth think the research is worthy of additional investigation.

“These results are compelling,” said Dr. Denise Jamieson, an obstetrician at Emory University’s School of Medicine in Atlanta.

About one in 10 U.S. babies is born early. Pregnancy usually lasts about 40 weeks, and any delivery before 37 weeks is considered preterm. The costs to children and their families — financially, emotionally and in long-term health effects — can be great. According to the Centers for Disease Control and Prevention, babies born premature, especially before 32 weeks, are at higher risk of vision and hearing problems, cerebral palsy and death.

The best way to avoid these costs would be to prevent early births in the first place, said Dr. Roy Philip, a neonatologist at University Maternity Hospital Limerick in Ireland.

Dr. Philip had been vacationing abroad when his country entered lockdown on March 12, and he noticed something unusual when he returned to work in late March. He asked why there had been no orders while he was gone for the breast milk-based fortifier that doctors feed to the hospital’s tiniest preemies. The hospital’s staff said that there had been no need, because none of these babies had been born all month.

Intrigued, Dr. Philip and his colleagues compared the hospital’s births so far in 2020 with births between January and April in every year since 2001 — more than 30,000 in all. They looked at birth weights, a useful proxy for very premature birth.

“Initially I thought, ‘There is some mistake in the numbers,’” Dr. Philip said.

Over the past two decades, babies under 3.3 pounds, classified as very low birth weight, accounted for about eight out of every thousand live births in the hospital, which serves a region of 473,000 people. In 2020, the rate was about a quarter of that. The very tiniest infants, those under 2.2 pounds and considered extremely low birth weight, usually make up three per thousand births. There should have been at least a few born that spring — but there had been none.

The study period went through the end of April. By the end of June, with the national lockdown easing, Dr. Philip said there had still been very few early preemies born in his hospital. In two decades, he said, he had never seen anything like these numbers.

While the Irish team was digging into its data, researchers in Denmark were doing the same thing, driven by curiosity over a “nearly empty” NICU. Dr. Michael Christiansen of the Statens Serum Institut in Copenhagen and his colleagues used newborn screening data to compare births nationwide during the strictest lockdown period, March 12 to April 14, with births during the same period in the previous five years. The data set included more than 31,000 infants.

The researchers found that during the lockdown, the rate of babies born before 28 weeks had dropped by a startling 90 percent.

Anecdotes from doctors at other hospitals around the world suggest the phenomenon may have been widespread, though not universal.

Dr. Belal Alshaikh, a neonatologist at the University of Calgary in Alberta, said premature births across Calgary dropped by nearly half during the lockdown. The change was across the board, though it seemed more pronounced in the earliest babies, he said.

At Erasmus Medical Center in Rotterdam, the Netherlands, Dr. Irwin Reiss, a neonatologist, saw a smaller drop-off in premature births.

At Mercy Hospital for Women outside Melbourne, Australia, there were so few premature babies that administrators asked Dr. Dan Casalaz, the hospital’s director of pediatrics, to figure out what was going on.

In the United States, Dr. Stephen Patrick, a neonatologist at Vanderbilt Children’s Hospital in Nashville, estimated there were about 20 percent fewer NICU babies at his hospital than usual in March. Although some sick full-term babies would stay in the NICU, Dr. Patrick said preterm babies usually made up most of the patients, and the drop-off seemed to have been driven by missing preemies.

When Dr. Patrick shared his observation on Twitter, some U.S. doctors shared similar stories. Others said their NICUs were as busy as ever. Some groups in other countries have said they didn’t see a change, either.

If lockdowns prevented early births in certain places but not others, that information could help reveal causes of premature birth. The researchers speculated about potential factors.

One could be rest. By staying home, some pregnant women may have experienced less stress from work and commuting, gotten more sleep and received more support from their families, the researchers said.

Women staying at home also could have avoided infections in general, not just the new coronavirus. Some viruses, such as influenza, can raise the odds of premature birth.

Air pollution, which has been linked to some early births, has also dropped during lockdowns as cars stayed off the roads.

Dr. Jamieson said the observations were surprising because she would have expected to see more preterm births during the stress of the pandemic, not less.

“It seems like we have experienced tremendous stress in the U.S. due to Covid,” she said.

But all pregnant women may not have experienced the lockdowns in the same way, she said, as different countries have different social safety nets in general, and the stress of unemployment and financial insecurity may have affected communities unevenly.

Some later premature births also might have been avoided during lockdowns simply because doctors weren’t inducing mothers for reasons like high blood pressure, Dr. Jamieson said. But that wouldn’t explain a change in very early preterm births, as the Danish and Irish authors found.

“The causes of preterm birth have been elusive for decades, and ways to prevent preterm births have been largely unsuccessful,” Dr. Jamieson said. According to the C.D.C., premature births in the United States rose in 2018 for the fourth straight year. White women had about a 9 percent risk of premature birth in 2018, while African-American women’s risk was 14 percent.

If the trends in the data are confirmed, the pandemic and lockdowns could be something like a natural experiment that might help researchers understand why premature birth happens and how to avoid it. Maybe some maternity leave should start before a mother’s due date, for example.

The Danish and Irish researchers have now teamed up and are building an international group of collaborators to study how Covid lockdowns affected early births.

“For years, nothing has advanced in this very important area,” Dr. Christiansen said, “and it seems it took a virus attack to help us get on track.”