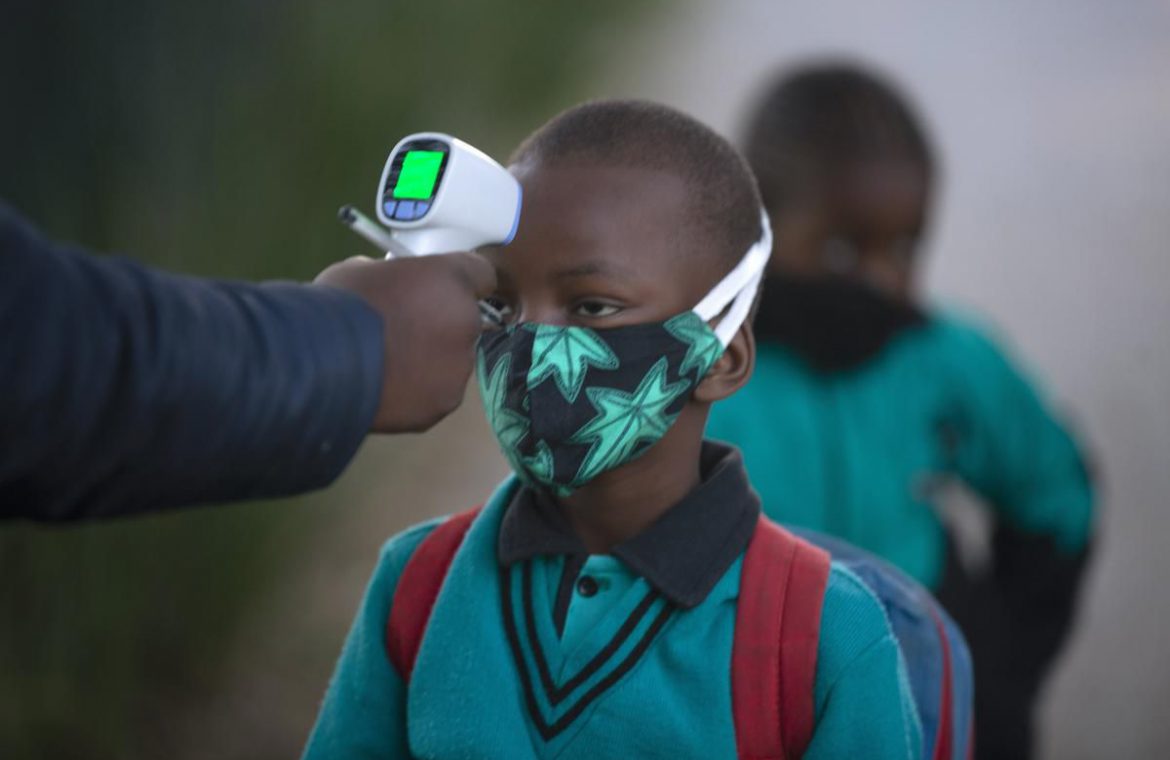 11 a.m.: With the coronavirus spreading out of control and Arizona cities beginning just last month to require residents wear masks in public, a few hundred people gathered in Scottsdale to make clear they didn’t approve of the heavy hand of government telling them to cover their faces.

A city councilman, Guy Phillips, came to the podium and ripped off his black face mask, declaring, “I can’t breathe!”

He later insisted his comment was meant to highlight the oppressive nature of masks, not to mock the dying words of George Floyd under the knee of a Minneapolis police officer, though Phillips’ words were widely interpreted as racist.

10:01 a.m.: Some provinces are now allowing open houses, with new rules in place, after regulators clamped down on showings amid the COVID-19 outbreak.

The Real Estate Board of Greater Vancouver said earlier this month that open houses will resume, with warnings to potential house hunters. Visitors to open houses there can expect to see signs displaying health precautions, use hand-washing stations and sign a visitor log for contact tracing.

Ontario’s Stage 3 reopening plan, which hit much of the province on Friday, also includes open houses under its new gathering limits of 50 people, or 30 per cent capacity, with physical distancing enforced.

10 a.m.: While school boards across Canada are quietly developing plans for bringing students back to class in September, the largest such organization in the country has taken things one step further by laying out a variety of scenarios in stark, costly detail. Some of the models under consideration at the Toronto District School Board involve changing the way certain subjects are taught, while others raise public health and safety concerns among industry observers who fear COVID-19 will continue to present an imminent threat in the months ahead.

9:59 a.m.: More young people are being infected with COVID-19, creating the potential for a severe outbreak, scientists warn.

They say the change in demographics could be attributed to lockdown fatigue, increased testing or feelings of invincibility.

9:20 a.m.: Toronto is asking Ontario’s premier for six changes to the province’s Stage 3 reopening order when it comes to eat-in dining and drinking.

Among other things, the city wants mandatory face coverings for staff and patrons of restaurants and bars.

It also wants customers to have to remain seated, earlier closing hours, and all patrons logged.

8:17 a.m.: Almost every day since the beginning of May, Percibald Garcia has gone out in an enormous Mexico City apartment complex with his “wandering microphone” to broadcast stories to children who gather at their windows to listen.

While most kids these days have cellphones, tablets or computers, Garcia wants them to hear the human voice and the world of shared tales. He also wants them to realize they can use, even from a distance, the public plazas that have served as the anchor of life in Mexico for centuries.

6:10 a.m.: The number of people around the world who have died as a result of the coronavirus has passed the 600,000 mark as countries from the U.S. to South Africa to India struggle to contain infections. Hong Kong also warned of a resurgence in the virus as it issued tougher new rules on the wearing of face masks.

Concerns are rising that the pandemic has found fresh legs over the past few weeks, with Johns Hopkins University recording a one-day high of 252,500 on Thursday, and a slightly lower 233,400 on Saturday. The World Health Organization gave a figure of 259,848 on Saturday, its highest yet.

While the U.S. leads global infections, South Africa now ranks as the fifth worst-hit country in the pandemic with more than 350,000 cases, or around half of all those confirmed on the continent. Its struggles are a sign of potential trouble to come for nations with even fewer health care resources.

The bitter negotiations, which are taking place amid the unprecedented crisis of the coronavirus pandemic, have underscored the deep fissures within the 27-nation bloc with the traditional Franco-German alliance struggling to get its way.