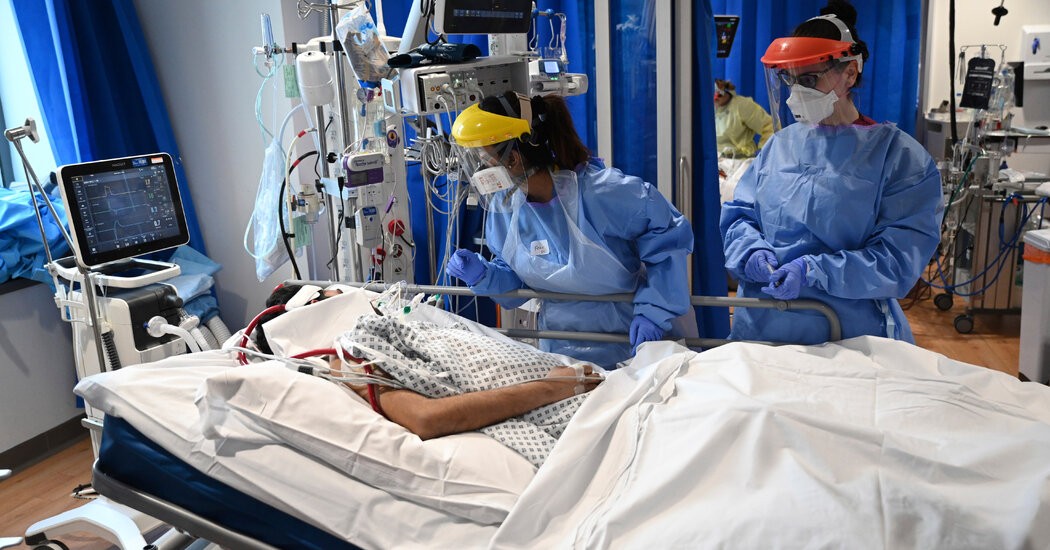 LONDON — A small study of hospitalized Covid-19 patients in Britain has identified a promising new treatment for the illness, a British biotechnology company said on Monday, with initial results showing that an inhaled form of a commonly available drug can reduce the odds of patients requiring intensive care.

But the trial, which sent shares of the company, Synairgen, soaring, caused some consternation among scientists, who demanded to see more detailed data and faulted the company for failing to make clear exactly how helpful the drug was or how long its benefits lasted.

Synairgen, founded by researchers at the University of Southampton, said that an inhaled form of interferon beta, a protein that the body produces in response to viral infections, could significantly reduce the odds of patients becoming severely ill and accelerate their recoveries.

The results, while significant, are far from certain. The double-blind trial involved only 101 patients, Synairgen said, making it difficult to know for certain how beneficial the drug was or how it affected patients differently. Scientists stressed the need for more details on how the study had been conducted and a more complete set of results from the trial, which has not yet been peer reviewed or published.

Plans for the trial posted on a U.S. government website said that it intended to enroll 400 patients.

If the results of the initial study are confirmed, virologists said they would represent significant progress in the race to find treatments for Covid-19, the disease caused by the coronavirus.

No cure has yet been found for Covid-19, and the F.D.A. has not fully licensed any treatment specifically for the coronavirus, but it has granted emergency use authorization to a few.

The inhaled form of interferon beta tested by Synairgen was shown in the study to reduce the odds of patients becoming severely ill — needing ventilation, for example, or dying — by 79 percent compared to patients who received a placebo.

“It looks promising,” said Simon Maxwell, a professor of clinical pharmacology and prescribing at the University of Edinburgh. “But the report is of an outcome in a relatively small number of patients, and so it is too early to draw reliable conclusions.”

Scientists said that interferon was likely to be most helpful to patients early in their illness.

Another drug, dexamethasone, has been shown to help more severely ill patients. Dexamethasone is already being used at American and British hospitals to treat coronavirus patients, doctors have said, and the World Health Organization called for accelerating production to ensure an adequate supply.

But the initial reports by scientists of the benefits of dexamethasone also showed the hazards of conducting science by publishing sparsely detailed news releases. When the full study about dexamethasone was posted online, it showed that while the drug seemed to help patients in dire health, it also may be risky for patients with milder illness.

Scientists said that the effects of interferon beta on the immune response to other coronaviruses had previously been studied. The inhaled form of the drug, originally developed by Synairgen for patients with other respiratory illnesses, is thought to provoke an antiviral response in cells in the lining of patients’ lungs that can neutralize the virus.