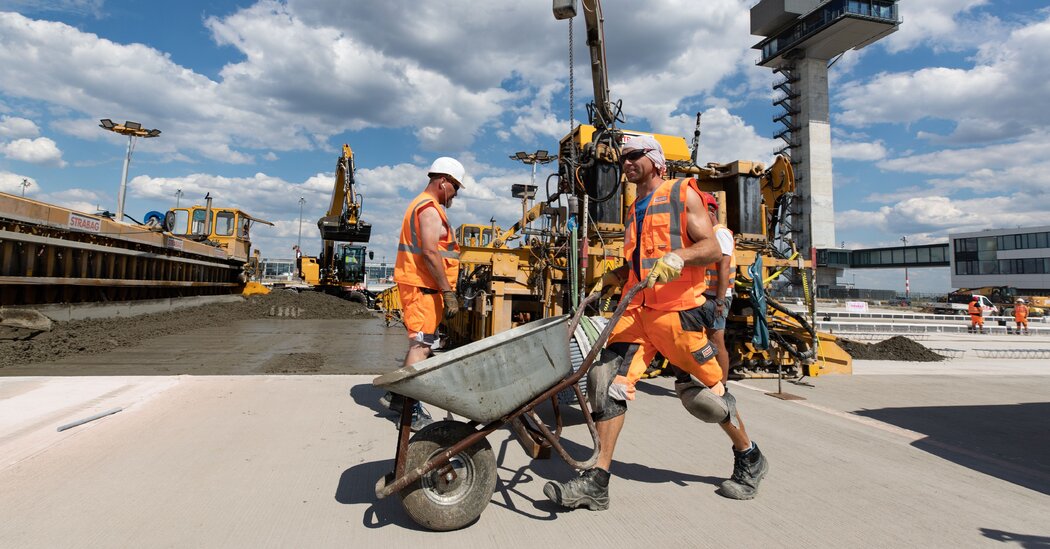 Yet Germany is not dropping its commitment to balanced budgets. Since much of this spending will be drawn from savings, Germany’s public debt is expected to rise, but only to 82 percent of G.D.P. — a much lighter debt burden than that of the United States and other highly developed countries, which are spending far less on economic rescue packages.

Doubters say that Germany is now dangerously reliant on industrial exports, particularly to China, in a time of slowing global trade. Well aware of these vulnerabilities, Germany is pushing to modernize its leading exporters, the big car companies. Through regulation and public shaming, it is pressuring the carmakers to turn from the still highly profitable combustion engine to the electric cars of the future. Stuttgart, home to Porsche and Mercedes-Benz, has banned older diesel motors within city limits.

Germany is also making a big if somewhat belated push to become a more competitive tech power. It devotes as much to research and development as the United States does (around 3 percent of G.D.P.) and has a long-term plan to create an entrepreneurial ecosystem akin to Silicon Valley, in which venture capitalists fuel promising start-ups. Germany’s technology industry is not without its setbacks, such as the recent and sudden collapse of the financial technology company Wirecard, which has raised questions about the vigilance of Germany’s financial regulator. But many of the industry’s first successes, copies of American online-shopping and food-delivery companies, are scaling up rapidly.

The German economic rescue plan includes $56 billion for start-ups that can digitize traditional industries, using artificial intelligence and other new technologies. Alongside France, Germany recently announced what its economics minister called a digital “moonshot,” which aims to create a European internet cloud to rival those of America and China.

Germany is an aging, conservative society, but critics who assume it is too slow to change have been proved wrong before. In the early 2000s, when Germany was dismissed as the proverbial “sick man of Europe,” it adopted labor market reforms that restored its status as the continent’s most stable economy. As the pandemic accelerates the pace of digitalization and de-globalization and drives up the world’s debts, Germany stands out for its relative lack of weakness to those challenges, and for a government prepared to handle them.

Ruchir Sharma is the chief global strategist at Morgan Stanley Investment Management, the author, most recently, of “The Ten Rules of Successful Nations” and a contributing Opinion writer. This essay reflects his opinions alone.