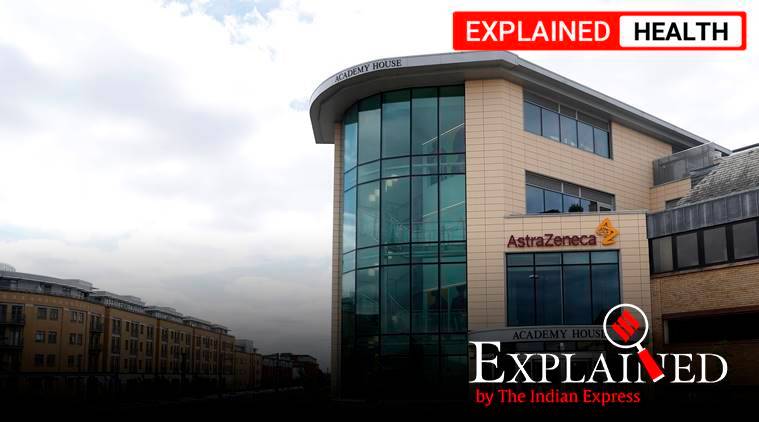 Results published on Monday of early human trials of a Covid-19 vaccine developed by the University of Oxford and drugmaker AstraZeneca have shown promise. The results come around a week after US biotech firm Moderna had released its own early trial data and at a time when several firms are racing to find an effective vaccine against the coronavirus that has killed over 600,000 globally.

How does the Oxford-AstroZeneca vaccine candidate work?

When someone is infected with the Covid-19 virus (SARS-CoV-2), the reason it spreads in the body easily is because of the spikes on its surface. These spikes, known as the ‘spike protein’, allow the virus to penetrate cells and, thereafter, multiply.

The vaccine developed by Oxford and AstraZeneca, which belongs to a category called non-replicating viral vector vaccines, tries to build the body’s immunity against this spike protein. The idea is to create antibodies to fight this spiked surface so that the virus does not even have the chance to penetrate the cells.

The vaccine uses a different virus — in this case, a weakened version of a common cold virus (adenovirus) that infects chimpanzees — to carry just the code to make the spike protein, like a Trojan horse. The adenovirus, genetically modified so that it cannot replicate in humans, will enter the cell and release the code to make only the spike protein. The body’s immune system is expected to recognise the spike protein as a potentially harmful foreign substance, and starts building antibodies against it.

Once immunity is built, the antibodies will attack the real virus if it tries to infect the body.

Explained: What we know of Covid-19 now: Updated symptoms, modes of transmission, immunity and complications

What do the latest results mean?

The preliminary results from phase I/II trials of the vaccine, published in The Lancet, offered some promise by showing the vaccine was not only safe, but also seemed to build an immune response in the participants. For one, it was found that being injected with the vaccine led to participants building neutralising antibodies. Another potential positive was that it increased the number of T cells — a type of white blood cell that protects the body from pathogens and cancer cells and works to actively destroy infected cells.

A single dose of the vaccine elicited an increase in antibodies specifically against the spike protein by the first 28 days. Neutralising antibody responses were detected in 32 of 35 participants studied after a single dose, and in all nine participants assessed after they were administered a second, booster dose.

The vaccine showed mild to moderate adverse reactions, including pain, feverish feelings, chills, muscle aches, headaches and malaise. The effects were reduced using prophylactic paracetamol, according to the study.

How significant is this?

While the results seem promising, it is important to remember this data is from early-stage clinical trials. This data cannot give clarity on questions like how long the antibodies will last in the body, an important factor in determining how effective the vaccine will be. This will require data from larger, phase III trials, which are currently under way.

Globally, Oxford and AstraZeneca have already begun phase III trials in Brazil, targeting 5,000 volunteers. A similar trial in South Africa is also expected to be under way.

Meanwhile, Serum Institute of India, which has tied up with Oxford and AstraZeneca, plans to make “millions of doses” of the vaccine over the next three months, after it receives a manufacturing licence. The firm is expected to manufacture the vaccine for low- and middle-income countries.

However, Serum will have to conduct phase III trials in India before the vaccine can be launched. So far, the firm has received permission to manufacture certain doses for testing purposes, said a senior government official. “We will be applying for the licensure trials to the Indian regulator in a week’s time. As soon as they grant us permission, we will begin with the trials for the vaccine in India,” said Adar Poonawalla, CEO of Serum Institute.

How does this compare with Moderna’s vaccine results?

Moderna, the first firm to begin human trials for a Covid-19 vaccine candidate in collaboration with the US National Institute of Allergy and Infectious Diseases (NIAID), published early stage results last week for its vaccine, which uses a different technology (mRNA). The data it released in the New England Journal of Medicine on July 14 showed similar abilities to induce antibody and neutralising antibodies, as well as some T-cell response. Moderna is expected to begin its phase III trials on July 27.

Given the differences in the way the data has been presented by Moderna and the University of Oxford/AstraZeneca, some experts say it is difficult to provide a proper comparison of the two at this stage.

? Express Explained is now on Telegram. Click here to join our channel (@ieexplained) and stay updated with the latest

Which are the other top contenders?

Over 160 potential vaccines are being studied globally, with 23 of them recognised by the World Health Organization as candidates in human trials. The frontrunners include:

These are vaccines made by using particles of the Covid-19 virus that were killed, making them unable to infect or replicate. Injecting particular doses of these particles serves to build immunity by helping the body create antibodies against the dead virus.

This is the category the Oxford-AstraZeneca vaccine belongs to. It uses a weakened, genetically modified version of a different virus to carry the Covid-19 spike protein.

Such vaccines use the messenger RNA (mRNA) molecules that tell cells what proteins to build. The mRNA, in this case, is coded to tell the cells to recreate the spike protein. Once it is injected, the cells will use the mRNA’s instructions, creating copies of the spike protein, which in turn is expected to prompt the immune cells to create antibodies to fight it.

These vaccines use genetically engineered DNA molecules that, again, are coded with the antigen against which the immune response is to be built.

Don't Miss it US coronavirus: Some states keep smashing Covid-19 records
Up Next Coronavirus elimination or suppression? That’s the multi-billion-dollar economic question