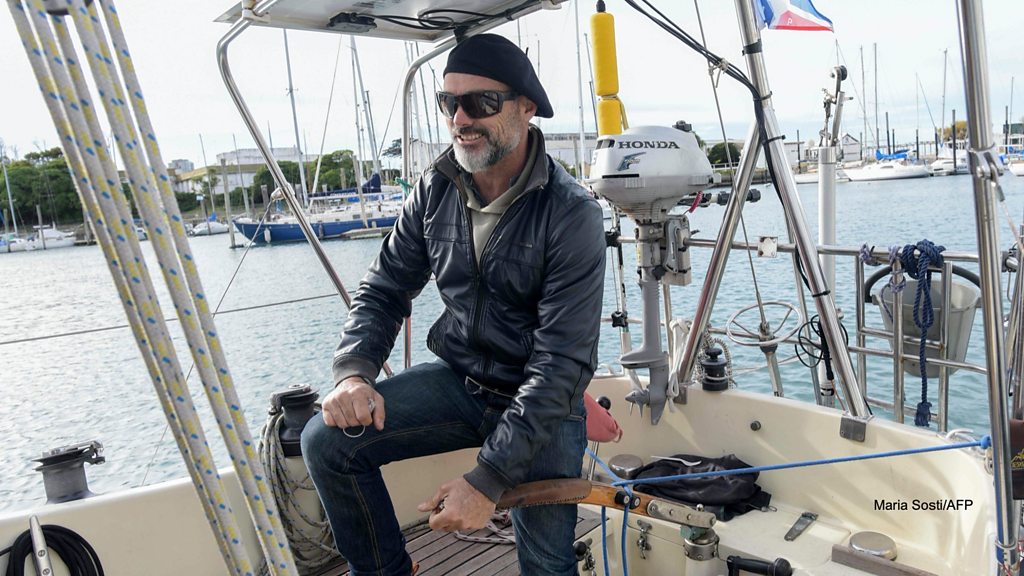 With flights grounded and borders closed, some people have embarked on epic voyages to get home during the coronavirus pandemic.

Here, we take a look at four such journeys – and the distances travelled just get longer and longer.

British teenager Annabel Symes was working as a volunteer on a remote horse and cattle ranch in Argentine Patagonia when her flight home was cancelled because of coronavirus travel restrictions.

It meant that Annabel was at the ranch as the region’s winter season was setting in, when temperatures can drop below 0C.

The 19-year-old had planned to return home at the end of the summer season and had only packed light clothing.

Growing increasingly anxious, she called the UK Foreign Office, who organised a way for her to travel the more than 1,600 km to Buenos Aires airport, where she could get a flight home.

The first leg of the journey saw Annabel and her partner travel for half a day on horseback to the nearest road, with mules carrying their bags.

She then took a nine-hour taxi ride to the nearest town. At checkpoints along the way, her temperature was taken and the vehicle was sprayed with disinfectant.

The drive was followed by an arduous 17-hour bus journey to the airport.

“The horse part was the least frightening,” she told The Argus newspaper after returning home.

“The scariest bit was being thrown back into civilisation and into a world with coronavirus and seeing other people wearing face masks and having their temperatures read at checkpoints. It was a really high-stress situation.”

Student Kleon Papadimitriou said a “multitude of factors” led him to pick up his bike and cycle from his university in Scotland back to his home in Greece.

Flights had been cancelled because of the pandemic and the lease on his flat in Aberdeen was running out. But the 20-year-old said he also welcomes “big challenges” and thought a bike ride home to his family would help him test his limits.

“I wanted to challenge myself and I had nothing else to do,” he told the BBC.

Prior to the trip, Kleon had only ever cycled “to get around”. But he was confident that he was fit enough to make the journey.

Armed with food, a sleeping bag and tent, he set off in May on the 48-day voyage to Athens.

He said he designed his itinerary taking into account travel restrictions and did not have any problems in crossing borders.

While the 3,200km trip left him exhausted at times, he said loneliness was the most difficult challenge he faced.

“I struggled a lot with the time that I spent by myself,” he recalled. “I also had some issues with my bicycle – I got flats relatively often and had to deal with that.”

But there was much to keep the student occupied.

“I saw amazing terrain, I discovered amazing places, I saw people and beautiful things,” he said.

Kleon arrived home in late June, where he was greeted by family, friends, acquaintances and strangers who had heard about his trip.

He said the journey taught him that he is “capable of a lot more… than I thought” and is now better able to deal with stressful situations.

But he plans to make the return journey back to Aberdeen in September by plane.

“It was a big learning experience but if I’m to cycle again I won’t do the same route.”

Garry Crothers was determined not to miss his youngest daughter’s wedding, so when flights were grounded he decided to make the 6,500km journey home by sailing solo across the Atlantic.

Garry had been sailing around the Caribbean on his boat, Kind of Blue, since early 2019, with friends and family joining him at various points along the way.

He was due to fly home to Northern Ireland at the end of March, in plenty of time to see his youngest daughter marry in September.

But when coronavirus hit, the 64-year-old found himself stuck on his boat in Sint Maarten, with no obvious way to get out.

As lockdown measures continued into April and hurricane season approached, he started devising a plan to get back home, concluding that the only way to do it was to sail solo.

While a journey across the Atlantic with no crew might sound daunting enough, Garry faced the added challenge of doing it with just one arm, having had the other amputated following a motorbike accident.

“Sailing long distance, single-handed is a challenge for anyone, even those with two arms. You have to prepare well, have a contingency plan for every contingency,” he said.

One of the biggest challenges of the 37-day voyage was finding time to cook and eat.

“Because I was on my own, any down time was spent looking at weather patterns, trimming sails, altering course as necessary, keeping look out for other vessels and of course trying to catch some sleep,” he said.

“My biggest fear was of becoming so fatigued that I would start making mistakes. Just one bad judgement call could likely be my last.”

While the journey included struggles such as cold weather and “fierce electric storms”, Garry enjoyed watching shooting stars and seeing whales and dolphins.

But the greatest highlight “was the satisfaction that came from overcoming my disability enough to achieve something that I’d always wanted to do.”

When he arrived on dry land in July, he was greeted by friends, family and supporters.

He now has about two months before his daughter’s wedding. The family are still hopeful that it will go ahead, even if the guest list has to be cut down.

Argentine sailor Juan Manuel Ballestero found himself stuck in Portugal when flights home were grounded because of coronavirus.

With his father about to turn 90, he was determined to make it home, so boarded his modest 9m boat and set sail.

“I thought the best way to reach home was sailing in a straight line in the middle of the ocean to prevent getting infected in another country,” he told the BBC’s Newsday.

“I didn’t prepare myself. I just jumped on board with a bunch of food. I forgot medicine.”

The 47-year-old seasoned sailor thought the trans-Atlantic journey might take between 60 and 80 days. In the end, he was alone at sea for 85 days with only his radio for company.

“It was really myself and the whole universe… at night there [were] a lot of stars and sometimes the dolphins would come at night too so they streaked the ocean with green fluorescent light,” he said.

While Juan did not make it in time for his dad’s 90th birthday, the pair did get to spend Father’s Day together after Juan arrived in his hometown of Mar del Plata in June.

“We are sailors. It was another mission accomplished,” Juan said of the voyage.

All photos are subject to copyright.