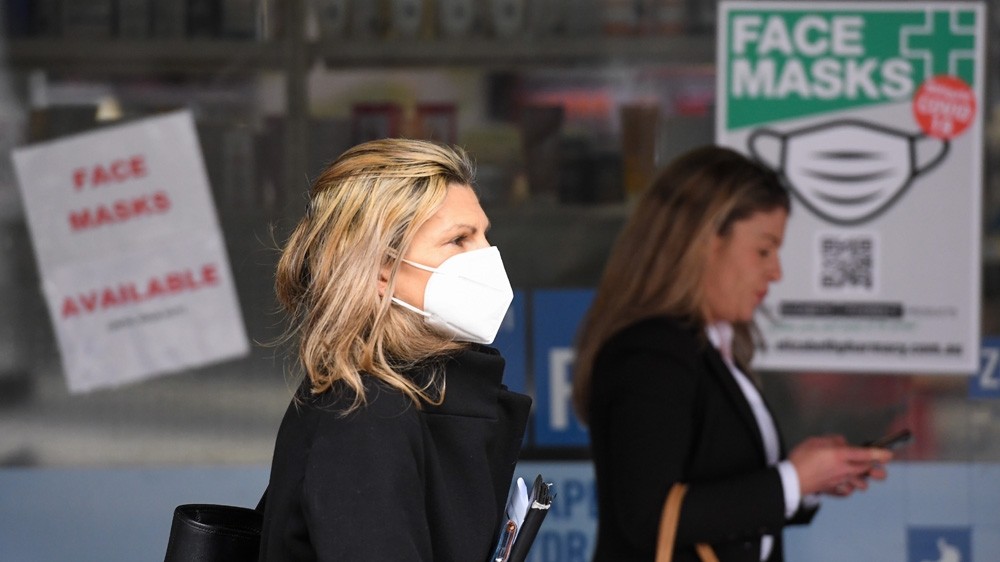 The Australian state of Victoria reported 374 new cases of coronavirus and three deaths on Tuesday as it prepares to make mask wearing mandatory.


Scientists at the University of Oxford say their experimental coronavirus vaccine prompted a protective immune response in an early trial involving hundreds of people.

Saudi Arabia says the Hajj pilgrimage will begin on July 29 and include only 1,000 pilgrims as a result of the coronavirus.

More than 14.6 million people around the world have been diagnosed with the coronavirus and 608,637 have died, according to data from Johns Hopkins University. The United States has recorded nearly 141,000 deaths, the most in the world.

Charles MIchel has tweeted that the leaders of the 27 countries making up the EU have reached a deal. No details yet, just as very enthusiastic tweet.

Leaders seem close to a deal after four days of difficult negotiations.

The Korea Centers for Disease Control and Prevention says 20 of the cases were locally acquired and nine of them came from a nursing home in western Seoul.

Imported cases have beem growing in double digits for 26 days, according to Yonhap news agency. The latest cases were found mostly in workers returning from Iraq as well as among sailors on Russian-flagged ships docked in Busan.

01:50 GMT – Brazil to start advance testing of vaccine being developed by China

Brazil is to start mass testing of a vaccine developed by China’s Sinovac in medical workers from six states, starting at the Clinical Hospital of Sao Paolo.

Initial results are expected in 90 days.

Sinovac is working with the Butantan Institute, a public health research centre on the trials and the institute will have the right to produce 120 million doses if the trial is a success.

“In Brazil, we could have the first vaccine to be put to widespread use, which is very, very promising,” said Dimas Covas, the head of the institute.


WHO says COVID-19 cases in Brazil no longer rising exponentially

The coronavirus outbreak in the Australian state of Victoria continues to grow.

Speaking to the media on Tuesday, state Premier Daniel Andrews announced there had been 374 new cases and three deaths in Victoria.

He urged people to go for testing – noting there were 160 testing sites across the state – and said that while the number of cases was higher than the previous day, the measures to address the outbreak were having an impact.

Masks will be mandatory from midnight (14:00 GMT) on Wednesday.

May shift a bit b4 official. Bounced up cos of nursing home numbers I think.

00:15 GMT – China offers free testing to all residents of Urumqi

China is providing free COVID-19 tests to residents of Urumqi in the far western region of Xinjiang after a sudden spike in coronavirus cases there, according to state media.

The testing is designed to “effectively lower the risk of the virus spreading,” the Global Times reported the city’s anti-epidemic group as saying.

Urumqi has a populaiton of about 3.5 million people and the outbreak was linked to group activity, the paper said. The actual origin of the infection remains unknown, it added.

To better prevent the #COVID19 from spreading, #China’s #Xinjiang offers free nucleic acid testing to all residents in #Urumqi and the project is ongoing. pic.twitter.com/DXENZU7fl5

The release of Christopher Nolan’s sci-fi epic Tenet is being delayed again.

After twice being delayed, Tenet was slated to come out on August 12, but Warner Bros told AFP news agency that it had to reconsider because “the coronavirus continues to proliferate”.

Many cinemas in the United States and other parts of the world remain closed.

Read all the updates from yesterday (July 20) here.