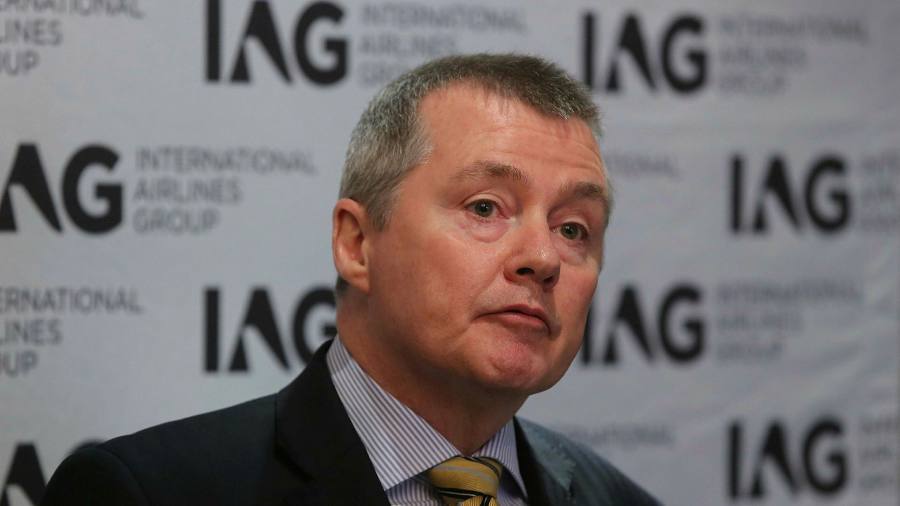 US and European airlines wrote to the White House and EU on Tuesday, urging co-ordinated coronavirus testing to restore transatlantic flights.

The chief executives of United Airlines, Lufthansa Group, American Airlines and IAG, which owns British Airways, called on US vice-president Mike Pence and EU commissioner for home affairs Ylva Johansson to act as the industry struggles to recover from the effects of the pandemic.

The airlines said they wanted US and European governments to adopt a co-ordinated Covid-19 testing programme for transatlantic flights, in order to “enhance safety and build confidence in critical transatlantic passenger air services”.

“In addition to all the significant and unprecedented actions that governments and airlines are taking to prevent the spread of the Covid-19 virus, a co-ordinated Covid-19 testing programme could be key to providing confidence to permit services to resume without quarantine requirements or other entry restrictions,” the letter said.

The intervention comes as airlines tentatively restart flying after entire fleets were grounded during lockdown.

IAG chief executive Willie Walsh, who cosigned the letter, has said British Airways is “fighting for its survival” with passenger numbers set to take several years to fully recover.

Several airlines and airports have already trialled testing regimes, or advocated for the approach as a way to reopen routes between regions such as the US, where rates of infection remain stubbornly high.

Heathrow is trialling swab testing for passengers with airport service companies Swissport and Collinson, and chief executive John Holland-Kaye has called on the UK government to take the lead in developing an international testing standard.

Lufthansa was in June offering passengers in Frankfurt Covid-19 tests that could be linked to a ticket so passengers could avoid quarantine.

Airlines UK, which represents the industry, said it supported proposals for a testing regime.

“Testing has to be safe, quick, accurate and cost-effective but we need to start looking at how it could be used to open up countries like the US, which is such a vital market for the UK,” it said.

“We’re urging government to consider a co-ordinated pilot testing passenger programme, so the industry can look to restart operations between the EU and the US.”

Tuesday’s letter did not include details on how a testing regime could work.

It noted introducing measures would bring “challenges”, but said US and EU guidelines on passenger safety had “much in common” and could “form a solid basis on which to restart transatlantic travel safely”.

The letter comes in the same week United and American are scheduled to report second-quarter earnings.

Delta Air Lines reported a $7bn pre-tax loss last week, and more losses are expected from United and American. They have warned employees that payroll will be cut by tens of thousands in the autumn, when employment requirements tied to federal aid expire.

Don't Miss it Coronavirus restrictions threatening the existence of community sports clubs | 7.30
Up Next More than 200 people meant to be isolating under strict coronavirus quarantine laws are missing in Queensland