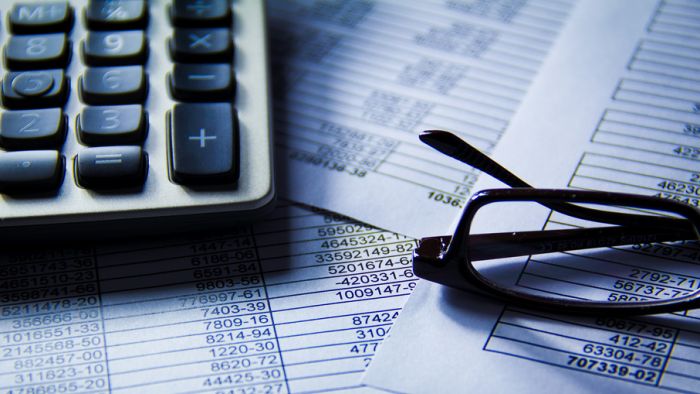 At least 1,000 businesses are engaging in insolvent trading with virtual immunity from legal action, according to the peak body representing Australia’s insolvency practitioners.

Key points:When economic conditions are relatively favourable, the number of businesses going into administration is about 8,000 a yearDespite the COVID crisis, the latest number of businesses folding is below that, raising fears that stimulus measures may be keeping zombie businesses afloat There are calls for regulators to be given greater funding to go after companies that may be trading while insolvent

Businesses trading while insolvent can rack up additional debts to customers and suppliers that may never be repaid when they finally go bust.

That figure is down 12 per cent on the previous 12 months.

The Australian Restructuring Insolvency and Turnaround Association’s (ARITA) CEO John Winter says it beggars belief that the number of businesses folding is lower than at the same time last year.

Even when economic conditions were relatively favourable, the industry saw at least the baseline number of businesses going into administration, which is generally around 8,000 a year or more.

Comparing the latest week in July to the same seven days in 2019 shows the number of business failures is down by around half.

“Those businesses, just on normal numbers should be broke now,” Mr Winter said.

“They should be in an insolvency mechanism because COVID only made it worse … there’s no way they’re coming out the other side.”

However, under the cover of COVID-19, with a range of assistance measures designed to keep struggling businesses alive, ARITA is warning that many zombie firms are claiming they are financially viable when they are not.

ARITA estimates that at least 20 per cent of Australian businesses trading through the pandemic may be in the position where they would otherwise be trading insolvent without temporary legal changes, plus government and bank financial support.

Subsidising wages through the JobKeeper program is the central plank in a life support strategy, which also includes changing or scrapping more than 80 business regulations and banks deferring loan repayments for tens of thousands of businesses.

Company law changes have given directors much greater protection from being personally sued if their business incurs further debts while insolvent.

The Government is extending and tweaking its coronavirus income support schemes. Here’s what you need to know.

And, for large share market-listed companies, continuous disclosure rules designed to keep investors fully informed have also been dramatically watered down for the time being.

As many as 960,000 employers have benefitted from the JobKeeper arrangements.

Eligibility relies on incomes falling by between 30 and 50 per cent from pre-COVID levels, depending on the size of the firm.

Mr Winter noted that, while many of these employers were teetering on the edge of survival before JobKeeper, some did better from the crisis subsidies than they would have in the normal course of business.

“The insolvent trading moratorium has meant that there are people out there who say, ‘tough luck for my creditors. I might win lotto, I might come out of this the other side’,” he said.

“Their sense of responsibility to their creditors has been absolved by this.”

Since the Federal Government announced greater protections for directors from being personally liable for insolvent trading, insolvency practitioners have seen their work dry up.

John Winter said insolvency inquiries had been increasing rapidly until that point.

“Businesses had been telling us they were in distress or desperately trying to keep themselves out of distress,” Mr Winter said.

“From that Monday morning, 23rd of March, when the Government made its announcement, every discussion dried up and there are liquidators who haven’t had a phone call for a new job since that day.”

As many as 960,000 employers have benefitted from the JobKeeper fortnightly wage subsidy, which allows them to keep millions of Australians in work.(AAP: Dan Peled)Calls for ASIC to be better resourced to take cases to court

Insolvency practitioners complain that ASIC was already overwhelmed by its workload before COVID hit.

ARITA’s members report at least 10,000 alleged breaches of the Corporations Law to the regulator each year.

Australians could soon be forced to sell their homes

John Winter despairs that less than two dozen cases are prosecuted, or around 0.2 per cent of that suspected illegal activity.

The Australian Small Business and Family Enterprise Ombudsman, Kate Carnell, has just completed a review of the liquidation process and agrees that ASIC should be resourced to investigate more complaints.

“So few cases of misconduct are pursued through the courts — it’s not good enough,” Ms Carnell said.

A spokesman for ASIC said the regulator is urging the banks to be vigilant in checking the viability of businesses who have deferred their loans.

The banks are generally secured creditors. This means they can claim back their debts against the value of assets, such as a business owner’s home, but that the bulk of creditors of insolvent companies are themselves small businesses, with unsecured claims.

The Government has smoothed out the looming “fiscal cliff” by extending JobKeeper in a reduced way past September, but the slope away from public support is still going to be steep and rocky, warns Stephen Long.

Both Ms Carnell and Mr Winter blame the enormous costs of liquidation for the fact that so much bad behaviour is going unpunished.

Close to 60 per cent had assets worth less than $10,000. Liquidators rely on whatever money is left to pay themselves.

ARITA says a forensic analysis of what went wrong and what, if any, directors’ duties have been breached costs an average of $600 an hour to complete.

By the time that is done, there is often little, if anything, left to pay creditors.

ASIC does provide a pool of $6.98 million for liquidators to pursue suspected crooks.

It is called the Assetless Administration Fund, but John Winter argues the money is nigh impossible to secure.

If it is to have any impact, Mr Winter wants the asset administration fund to have at least $100 million in it.

That is how much the Australian Taxation Office (ATO) received in extra funding last year to pursue those who are not complying with the tax rules.

Liquidators are required to self-fund initial investigations in order to prove to ASIC that there is a case to pursue.

Applying for the money is itself, he said, an expensive and onerous endeavour.

“ASIC should be doing the job themselves,” Mr Winter said.