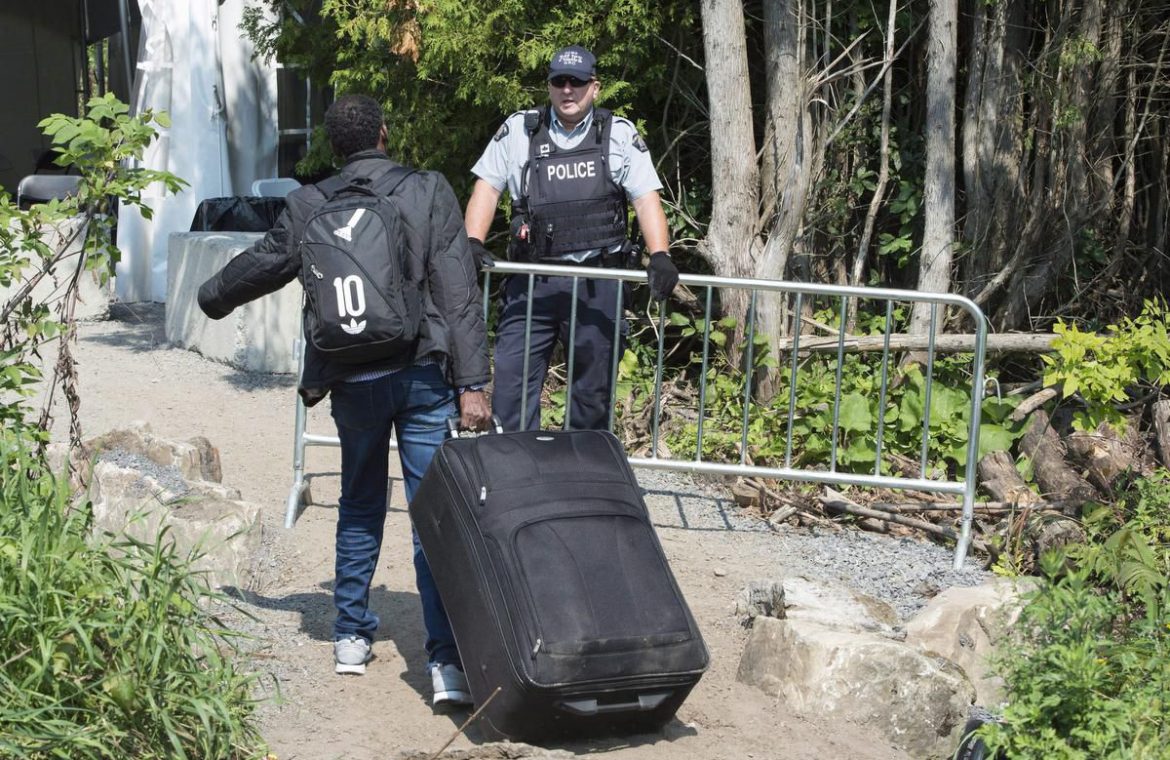 7 a.m. The Chinese basketball league is set to allow limited numbers of spectators into games this Sunday before being fully open to fans from July 31 for playoff games in Qingdao.

The Chinese Basketball Association says medical professionals, teachers and police and public security officers will be eligible in the first intake of fans since the league resumed last month following a lockdown for the coronavirus pandemic.

The league says fans older than 12 “who have missed the stadium will have the opportunity to enter the Qingdao Guoxin Sports Center Diamond Stadium to cheer for their favourite teams and players” from July 31.

Fans will have to buy tickets through an online registration system on a “one ticket, one certificate” basis within 48 hours of testing negative for COVID-19.

Physical distancing measures will be in place inside the stadium and spectators will have to show identification, wear face masks and undergo body temperature testing before entry.

7 a.m. South Korea says it will allow baseball fans to return to the stands beginning Sunday as health authorities outlined a phased process to bring back spectators in professional sports amid the COVID-19 epidemic.

Both baseball and soccer teams will be initially allowed to sell only 10% of the seats for each game as officials plan to control the level of attendance based on the progress of anti-virus efforts.

Spectators will continue to be banned in the city of Gwangju and nearby South Jeolla Province towns.

6:00 a.m.: Belgian health authorities say a 3-year old girl has died after testing positive for the coronavirus amid a surge of infections in the country.

The announcement Friday came a day after Belgium decided to reinforce restriction measures to slow the spread of the virus, including mandatory masks in crowded outdoor public spaces.

The girl suffered from several severe associated diseases, according to a statement released by health authorities. She is believed to be the youngest person to die from COVID-19 complications in Belgium after a 12-year-old passed away in March.

6:00 a.m.: The company that runs a German slaughterhouse that was at the centre of a major outbreak last month says 30 employees have tested positive for the coronavirus in new tests — but most of them were old cases.

Authorities have linked more than 2,000 cases to the outbreak at the Toennies slaughterhouse in the western town of Rheda-Wiedenbrueck, which led last month to a partial lockdown of the surrounding area. Those restrictions have since been lifted and the facility has reopened after a four-week closure.

Toennies spokesman Andre Vierstaedte said Friday that the 30 employees, along with all other workers, were tested on their return to work and sent into quarantine once the results arrived.

The company said that in most cases the employees had previously tested positive for the coronavirus and it was still detectable, news agency dpa reported. In the case of eight employees, it had yet to be determined whether or not they had previously been infected.

4:10 a.m.: The number of asylum claims being filed in Canada continues to rise slightly despite ongoing global travel restrictions.

The latest figures from the Immigration Department show 1,500 claims for refugee status were filed in Canada in June, up from 1,400 in May.

For the first time since April — the first full month of major travel restrictions designed to slow the spread of COVID-19 — refugee claims were filed at airports. There were also multiple claims at marine ports.

Also slightly on the rise were the number of people stopped by the RCMP trying to cross irregularly into Canada: 32 in June, up from 21 in May.

Currently, Canada is turning back those who show up at unmarked border crossings, one of several measures being taken at the border in response to the pandemic.

How many people will continue to attempt to enter Canada irregularly may change in the coming months, in the wake of a Federal Court decision Wednesday that the Safe Third Country Agreement between Canada and the U.S. violates the charter.

4 a.m. Quebec’s annual two-week construction holiday is in full swing, and with many Quebecers staying closer to home this summer because of COVID-19, towns in the Gaspe region are seeing an influx of tourists drawn to the charming seaside landscapes.

But the mayor of Gaspe, Que., a popular tourist destination on the Gaspe peninsula’s eastern coast, is concerned some visitors are camping anywhere they find space, harming the environment and upsetting locals.

“We’re seeing a lot of tents on public beaches, in forests, on private land without the approval of the owners of that land,” Mayor Daniel Cote said in an interview Thursday.

Cote said he had high hopes tourists would come to the Gaspe this summer despite the pandemic. Authorities had closed off the region to outsiders earlier this year to stop the spread of COVID-19.

But Cote said he was caught off guard by the number of tourists who arrived without hotel or camping reservations. “People invaded public beaches and decided that that’s where they would set up camp,” he said.

This report by The Canadian Press was first published July 24, 2020.

1:00 a.m.: The first hurricane to threaten the United States since the start of the coronavirus pandemic is presenting new challenges to Hawaii officials long accustomed to tropical storms.

For example, how do you secure enough shelter space when people have to stay at least 1.8 metres (6 feet) apart from one another? What happens when someone shows up at a shelter with a fever?

It’s expected to weaken as it passes over cooler water but meteorologists warn strong winds, heavy rainfall and dangerous surf could afflict the entire state beginning on Sunday.

The storm approaches as Hawaii grapples with increasing COVID-19 numbers. On Thursday, the state reported 55 newly confirmed cases, its highest single-day increase since the pandemic began.

Thursday 5 p.m. Ontario’s public health units are reporting 40,281 confirmed and probable cases of COVID-19, including 2,789 deaths, an increase of 143 new cases in 24 hours, according to the Star’s latest count. They reported no new fatalities.

This is the third day this month in which Ontario’s 34 public health units have reported no new deaths.

The rate of deaths has fallen sharply in the province over the summer, down from a peak of 90 deaths in a single day, seen in early May, to an average of just less than two a day over the last week.

Earlier Thursday, the province reported 154 patients are hospitalized with COVID-19, including 35 in an intensive care unit, of whom 21 are on a ventilator.

After falling steading over the last few months, the number of hospitalized patients has risen slightly in recent days.

1:30 p.m.: Premier Doug Ford says $12 billion will be spent over the next decade to build new schools and refurbish school buildings in Brampton.

More than $500 million will be allocated to build 30 new schools and make permanent additions to 15 existing facilities supporting more than 25,000 student spaces across the province. One school in Peel will be named after Malala Yousafzai, an announcement that was made last March.

Education Minister Stephen Lecce says Ontario’s back to school plan will be revealed next week.

7:30 p.m.: Alberta’s chief medical officer says the province’s sharp spike in COVID-19 infections should be a “wake-up call” for people who don’t believe they’re at risk.

The new cases are part of a worrying trend in the western province, Hinshaw said.

Alberta was successful in flattening the curve early on in the pandemic, and was among the first jurisdictions to begin reopening businesses.

But now, Alberta has seen the highest increase in new cases per capita nationwide between July 7 and 21.

On July 9, the province had 519 active cases. By Thursday, that number had increased to nearly 1,300.

Don't Miss it Coronavirus prompts PM into obesity crackdown
Up Next As US coronavirus cases surpass 4 million, medical experts urge to shut down and start over