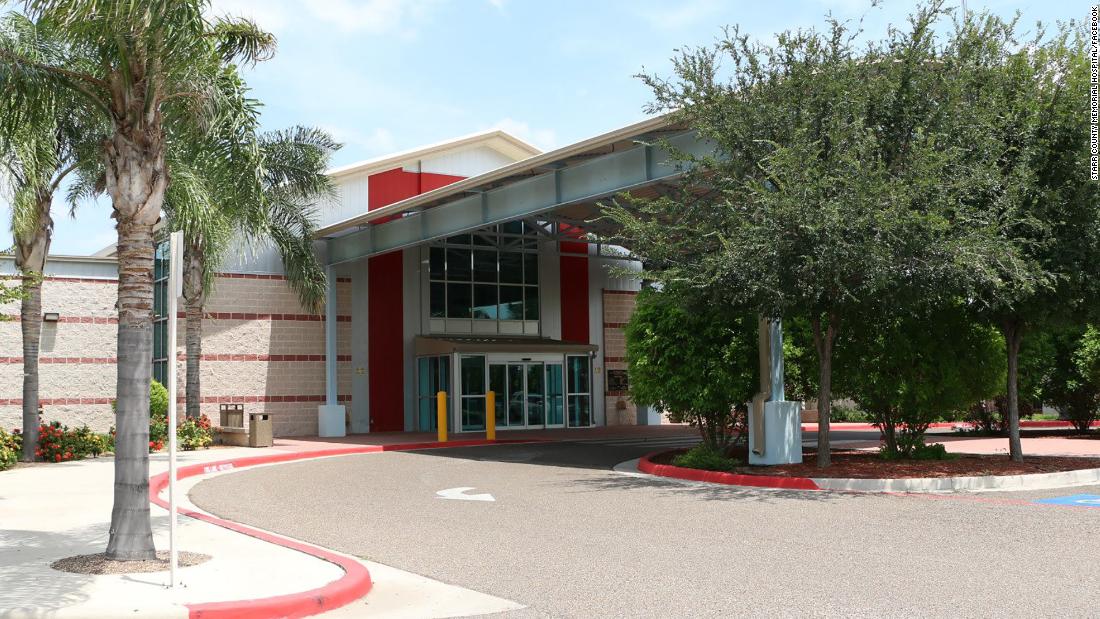 Government and health officials in Starr County announced this week they are creating committees to review patients’ cases at the Starr County Memorial Hospital in Rio Grande City.

At least 50% of the patients admitted in the hospital’s emergency room have tested positive for Covid-19, Dr. Jose Vasquez, the county’s health authority, said in a news conference earlier this week.

“The situation is desperate,” he said.

This rural South Texas county began seeing an increase in positive cases about a month ago, Vasquez said, and the hospital admitted its first Covid-19 patient at that time.

The hospital quickly filled the eight beds in its Covid-19 unit, so it expanded to 17 and then 29 beds, Vasquez said. About 33 medical workers, including medical practitioners and lab technicians, were deployed by the state to assist the hospital.

“Unfortunately, Starr County Memorial Hospital has limited resources and our doctors are going to have to decide who receives treatment, and who is sent home to die by their loved ones,” Starr County Judge Eloy Vera wrote in a Facebook post on Thursday. “This is what we did not want our community to experience.”

Vasquez said it was a difficult decision to start reviewing the cases but with limited resources, officials have to consider who has a *the best chance* of survival.

“Those patients who most certainly don’t have any hope of improving, we believe they are better taken care of within their own family in the love of their own home rather than thousands of miles away, dying in a hospital room alone,” Vasquez said.

At least 40 new coronavirus cases were reported on Thursday in Starr County, bringing the county’s total to 1,701. There have been 17 deaths linked to the virus and 32 others are pending state confirmation, local health officials said.

An estimated 64,000 people live in Starr County, according to data by the US Census Bureau.The pandemic surge has been particularly hard along the Texas-Mexico border. Starr County’s neighbor, Hidalgo County, has turned into one of the state’s main coronavirus hotspots.

Texas Gov. Greg Abbott announced on Sunday that five US Navy teams were being deploying to South Texas to help combat the spread of the virus.

A new shelter-at-home order began Friday in Starr County, nearly three months after Gov. Abbott ended the state’s stay-at-home order, allowing businesses to reopen at limited capacity. Texas was one of the first states to reopen its economy.

The county’s order is set to remain in place until August 10 and requires residents to shelter at home, including those who live in hotels, motels and shared rentals.

A mandatory curfew was also issued from 11 p.m. to 5 a.m. for anyone over 18 years and from 10 p.m. to 6 a.m. for residents 17 years and under unless accompanied by a parent or guardian.

“Our backs are against the wall,” Judge Vera, who signed the order, said in a news conference. “We are literally in a life and death situation.”

Don't Miss it There’s a ‘death gap’ in Canada’s four most populous provinces. If COVID-19 isn’t killing these people, what is?
Up Next Coronavirus infects more than 1000 at German meat-processing plant | DW News