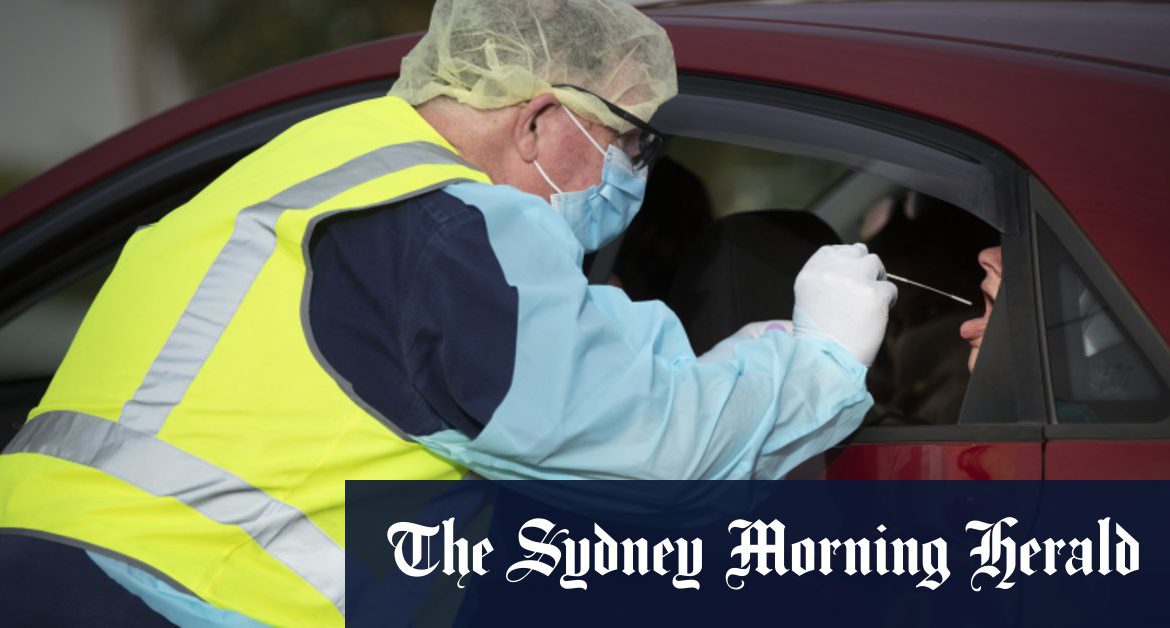 More than 30,000 tests were conducted in NSW during the reporting period for the second consecutive day.

Meanwhile, Victoria recorded 357 new COVID-19 cases and five deaths, all of which are among people in their 80s and 90s. On Friday, it recorded 300 new cases and a grim daily record of seven deaths.

At a press conference on Saturday, Federal Health Minister Greg Hunt said the COVID-19 numbers in Victoria were “stable but significant”.

“We hope to see them go down, but we would need to see a week of sustained numbers before any of us can confirm we’re on the path to success,” he said.

NSW Police Minister David Elliott said he was disappointed to see people continuing to breach coronavirus restrictions, with a number of large gatherings broken up.

A late Friday night wake, attracting more than 50 people in Blacktown, and a pre-wedding party in Auburn where many of the 100 people celebrating fled as police arrived, are among the gatherings that are likely to result in charges for breaches of Public Health Orders.

NSW Police reported that just before 9pm on Friday night, they found approximately 75-100 people gathered out the front of a party in Auburn. Many of whom left when they saw the officers.

A 39-year-old man was spoken to who allegedly told officers he was hosting a pre-wedding function. The party ceased, with penalties under the Public Health Orders anticipated.

Later on Friday night about 10.30pm, officers from Blacktown Police Area Command received information a large gathering was underway at a home in Earle Street, Doonside.

Police attended and saw marquee tents set up in the front yard of a home, with approximately 50 people present for a wake. Officers spoke with a 44-year-old woman and have subsequently issued her with a $1000 Penalty Infringement Notice for failing to comply with rules.

Police also broke up a large party near Lake Jindabyne on Friday night. About 2km from the township, 150-200 people had gathered for a dance party in bushland with a large bonfire, lighting and amplified music set up.

Julie Power is a senior reporter at The Sydney Morning Herald.

Roy Ward is a Sports writer for The Age.

Michaela Whitbourn is a legal affairs reporter at The Sydney Morning Herald.

Ashleigh McMillan is a breaking news reporter at The Age. Got a story? Email me at a.mcmillan@theage.com.au