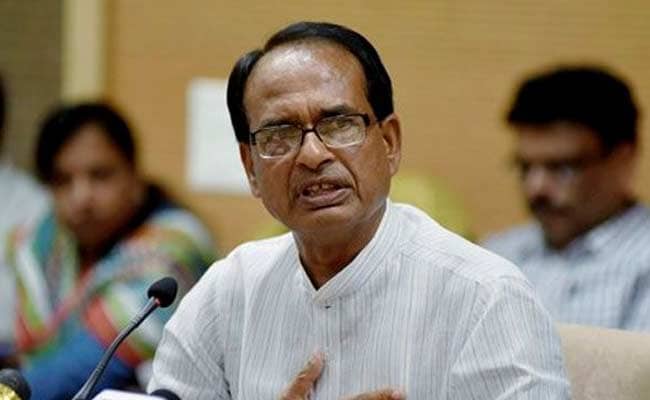 Madhya Pradesh Chief Minister Shivraj Singh Chouhan, 61, has tested positive for the novel coronavirus, it was confirmed on Saturday afternoon. He will be admitted to the Chirayu Hospital in state capital Bhopal, Home Minister Narottam Mishra told NDTV.

“My dear countrymen, I was having COVID-19 symptoms and, after a test, my report came back positive. I am following all the guidelines and will quarantine myself according to the doctor’s advice,” the Chief Minister wrote on Twitter.

“I appeal to the people of my state to be careful, just a little carelessness invites the coronavirus. I made every effort to avoid the virus but people used to meet me on many subjects,” Mr Chouhan added.

Close contacts of the Chief Minister, who was to hold a meeting at 11.30 AM, have been quarantined. In his absence, Mr Chouhan wrote, Home Minister Narottam Mishra, Health Minister Vishvas Sarang and others will lead the meeting.

Mr Mishra, among those to have had close contact with the Chief Minister, will also be tested for the virus.

News of Mr Chouhan testing positive comes two days after a minister in his cabinet, Arvind Singh Bhadoria, said he was infected. Mr Bhadoria was among the ministers at Wednesday’s cabinet meeting, which was chaired by the Chief Minister.

Meanwhile, the Chief Minister reassured supporters that there was no need to panic and that despite his medical condition he would continue to lead efforts to contain the virus in his state.

“No need to panic, If coronavirus is treated in time, it is curable,” he said. adding, “I have been reviewing the status of coronavirus infections every evening since March 25. I will try to review this via video conferencing as much as possible now”.

Another former Chief Minister, Uma Bharti, said she was praying for the recovery of both Mr Chouhan and Mr Bhadoria. “I pray they get well soon. All be well. May this disease leave our planet,” she said.

Mr Chouhan and Mr Bhadoria had attended the funeral of the late Madhya Pradesh Governor Lalji Tandon, who died at a hospital in Uttar Pradesh’s Lucknow on July 21.

Madhya Pradesh has recorded over 26,000 COVID-19 cases so far, including 791 deaths linked to the virus. The number of active cases in the state is more than 7,500.

Across India the number of coronavirus cases has crossed 13.36 lakh, with more than 4.56 lakh active cases and 31,358 deaths linked to the virus.

Don't Miss it Supreme Court denies Nevada church’s appeal of attendance restriction amid coronavirus pandemic
Up Next There’s a ‘death gap’ in Canada’s four most populous provinces. If COVID-19 isn’t killing these people, what is?