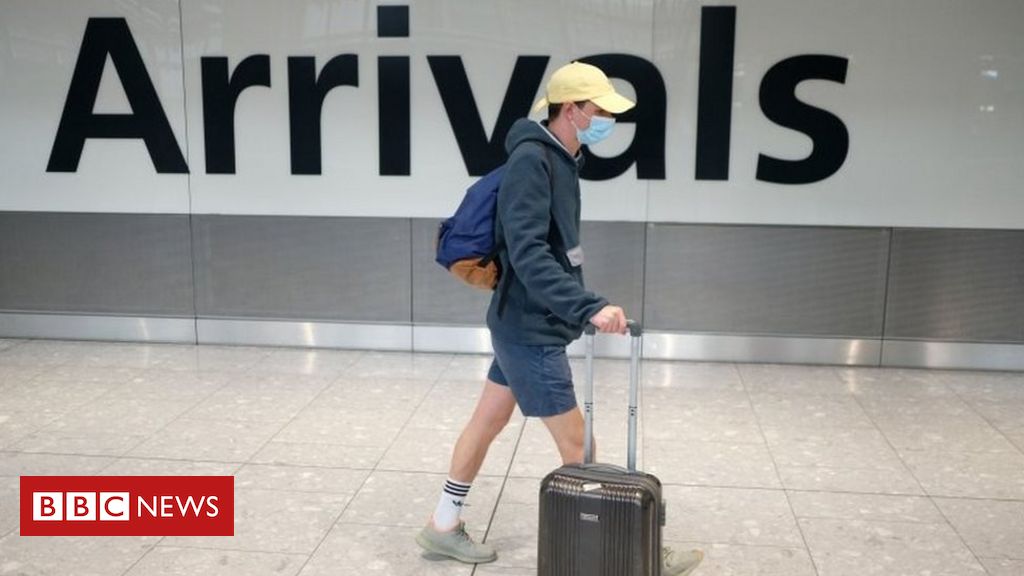 Labour has called for support for people arriving in the UK from Spain to quarantine for 14 days – where there is no guarantee their employers will allow them to work from home for two weeks.

And it said the aviation industry needs a specific deal to help it recover from the impact of the Covid-19 crisis.

The government has stood by its decision to remove Spain from the UK’s list of safe travel destinations.

The new coronavirus travel rule was announced on Saturday evening following a spike in the number of new cases in Spain this week.

It came into force less than six hours after it was confirmed by the government.

Labour’s shadow home secretary Nick Thomas-Symonds said the short notice of the announcement had “created a sense of panic and loss of control”.

He added: “The government should have proper contingency plans to support people coming home where there is no guarantee their employers will allow them 14 days of work flexibility.

“And it is high time that a sector-specific deal for aviation is introduced as quarantine measures continue to affect the travel industry.”

Foreign Secretary Dominic Raab on Sunday defended the “swift decision”, saying he knew it would cause disruption for holidaymakers but that the government “can’t make apologies”.

Almost 1.8m people were due to fly from the UK to Spain before the end of August, according to analysis by travel experts The PC Agency.

Now it is feared many passengers will abandon their plans to travel to Spain and other destinations.

Speaking to Sky News’ Sophy Ridge on Sunday, Mr Raab said there was an element of “uncertainty” for people going abroad this summer and he could give no guarantees.

Several European countries, including Germany and Belgium, have seen a rise in infections in recent days – in France there were more than 1,100 new cases reported on Friday.

Quarantine measures apply to those returning from mainland Spain, the Canary Islands and the Balearic Islands, such as Majorca and Ibiza.

Returning travellers must provide an address where they will self-isolate for 14 days and failing to do so could result in a fine.

During those two weeks, people must not go out to work, school, or public areas, or have visitors except for essential support. They should not go out to buy food if they can rely on others.

People who do not self-isolate can be fined up to £1,000 in England, Wales, and Northern Ireland and those returning to Scotland could be fined £480, with fines up to £5,000 for persistent offenders.

Media captionRaab: Quarantining workers “ought to be treated sympathetically”

The director general of the Confederation of British Industry (CBI), Dame Carolyn Fairburn, said the new measures would have a “chilling impact” on the tourism industry, and that “there are lessons to be learned”.

“Anyone going abroad now will know that this can happen,” she told BBC Radio 4’s Westminster Hour programme. “It was in the small print, but I’m not sure that people knew that that advice could change so quickly.

“I do think there is also a real consideration around the tourism industry itself.”

However, she said the government had made the right decision “given the rising infection levels”.

Her comments come after airlines including British Airways criticised the new measures as “yet another blow” to British holidaymakers.

And the Airport Operators Association said the new measures would “further damage what is already a fragile restart of the aviation sector, which continues to face the biggest challenge in its history”.

Meanwhile, the changes have left travellers frustrated, with some saying they would not have travelled if they knew they would have to spend a fortnight self-isolating afterwards.

Self-employed roofer Malcolm Bembridge spoke of his frustration at having to quarantine for two weeks following his one-week holiday in Spain – because he “needs to go back to work”.

Speaking before his flight home to Birmingham from Almeria on Sunday, Mr Bembridge said he was hoping to employ someone to do the work he had scheduled but was frustrated at the money he would lose because of the need to self-isolate.

“It is bad timing because most people travel this time of year with kids as schools break up,” he said.

And Thomas Wright, 27, a carpenter from north London, who was returning from a business trip to Barcelona, said the quarantine rule change would affect him “quite badly” as he would be unable to work.

“I suppose, to be honest with you, I should have left travelling to a later date,” he said, adding he had fund the last lockdown hard to deal with.

What should I do if I’m are already in Spain? Continue your holiday, follow the local rules, return home as planned, and regularly check Foreign Office (FCO) travel advice, the government says.

What about if I have a trip to Spain booked? Contact your travel provider, as some holiday operators like Tui have cancelled trips to mainland Spain. The FCO is advising against all non-essential travel to mainland Spain, but that does not include the Canary Islands and the Balearic Islands, such as Majorca and Ibiza. However, anyone arriving from any part of Spain, including its islands, must quarantine.

What will happen with travel insurance? For people already in Spain, the Association of British Insurers said it’s “likely” insurance will stay in place until they return home. Otherwise, those travelling now against FCO advice will invalidate their insurance. If in doubt, check with your insurer.

But on Sunday, the country’s foreign minister insisted it was safe to visit, saying “the outbreaks in Spain are perfectly controlled.”

Foreign Office guidance advising against all but essential travel to mainland Spain does not include the islands, but ministers opted to apply blanket quarantine arrangements across the Spanish territories.