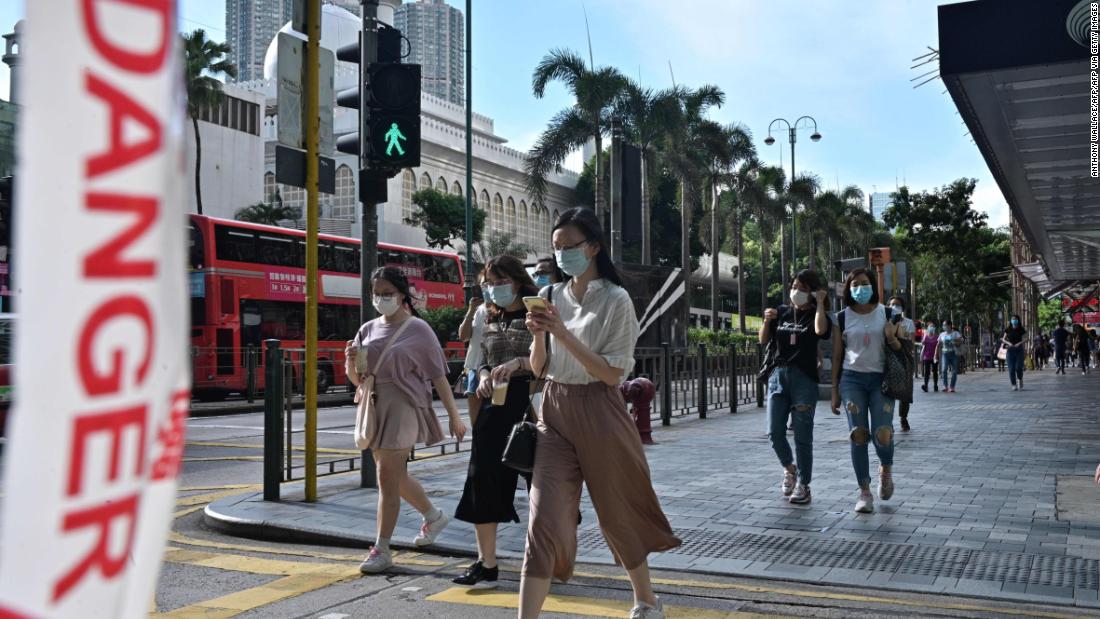 Across the Asia-Pacific region, where countries were among the first hit by the virus and the first to contain it, there have been new and in some cases seemingly unexplained increases in the number of infections. Governments that had previously been lauded for their response to the pandemic now seem to be struggling.

All this is concerning news for those where the first wave of the virus has yet to come fully under control, let alone in the disaster zones of the United States and Brazil. It’s especially scary as there are only a few more weeks of summer left in parts of the northern hemisphere, and many epidemiologists expect the virus to peak again in winter.

On Tuesday, China reported the highest number of locally transmitted coronavirus cases since early March for the second consecutive day, with the majority of the 64 new domestic cases in Xinjiang. The far western region has seen a fresh outbreak in its capital Urumqi since July 15, after nearly five months of no new cases.

Down south in Hong Kong, the semi-autonomous Chinese city is also experiencing a major new outbreak, with more than a thousand new cases in the past two weeks, and six days straight of over 100 cases. The new surge came after the city appeared to be almost cornonavirus free, relaxing restrictions and beginning discussion of potential “travel bubbles” with other post-pandemic parts of the world.

While there was a slight dip in the number of cases recorded on Monday, Japan has been seeing some of its worst numbers since the early phases of the pandemic, with some 5,000 new cases in the past week, according to Johns Hopkins University (JHU) data. The worst of the new outbreak has been focused on the capital Tokyo, which recorded six straight days of over 200 new cases until Monday, when there were 131 cases. However, that dip may be because there were far fewer tests performed over a four-day holiday weekend designed to promote domestic tourism.

Elsewhere in Asia-Pacific, Australia is also experiencing a major upsurge in the number of cases. The country had cases down to just a handful in June, but that surged towards the end of the month and has exploded in July, with the worst-hit area the southern state of Victoria, which on Monday announced a further 384 cases. There are 4,775 active cases in Victoria, 414 of which are health workers, putting further strain on the state’s ability to treat the sick.

Many of the most recent waves of the virus, in Hong Kong, Australia, China and elsewhere, have come as a surprise to officials. While there are a number of flaws to point out in various governments’ responses, the numbers did not explode until very recently — potentially because a more virulent strain of the virus had been introduced, or that cases were simply building up undetected and suddenly reached a tipping point. Ben Cowling, a professor at Hong Kong University’s school of public health, wrote this week that “we may never know” how the latest wave of cases in the city began, but data points to infections being imported from overseas.

“When (this) epidemic is controlled, this really emphasizes the importance of keeping infections out through effective testing and quarantine of persons arriving in Hong Kong,” he said. “Once an epidemic begins, it will take a lot of effort to stop.”

Speaking Monday, Hong Kong deputy leader Matthew Cheung said the city had been following the approach of “lift and suppress,” gradually relaxing restrictions as cases diminished and ramping them back up should there be a surge.

This week, the government announced it was making wearing masks in public compulsory — a fairly redundant move given that almost all Hong Kongers already did — and limiting public gatherings to just two people. The Chinese government will also help build a Wuhan-style makeshift hospital near Hong Kong’s airport with a capacity of around 2,000 hospital beds.

“The epidemic situation is critical,” Cheung said, adding that the next few weeks are extremely crucial for the city. “We are facing a high risk of community outbreak.”

Officials in the city have been facing criticism for their handling of the latest wave, particularly over the large number of quarantine exemptions given to business travelers and airline crew, which some blamed for reintroducing the virus to the city. However, the government has defended the policy as necessary for the economy, and health authorities have not yet been able to track where the latest infections originated.

And for all Cheung’s insistence that Hong Kong has been following a policy of “lift and suppress,” the city has yet to introduce anything like a full lockdown, even as cases continue to rise.

That isn’t the case in Australia, where Victoria has been placed under strict restrictions, but is nevertheless struggling to get numbers back under control. Speaking to the ABC, the country’s public broadcaster, experts advised patience, saying that the lockdown is likely working, but that many infections took place weeks ago and are only just being detected. The most extreme suppression action in the region has come in Vietnam, where the government on Monday began evacuating some 80,000 tourists from the central city of Da Nang after three residents contracted the virus.

Vietnam has been held up as a leading example in containing the virus, thanks to an aggressive strategy of early screening of passengers at airports and a strict quarantine and monitoring program. The country has not reported any deaths from Covid-19 and has confirmed just 431 cases, according to Johns Hopkins University.

The difficulty even countries in Asia-Pacific — the region of the world with perhaps the best coronavirus response — are having points to the potentially insurmountable task of getting the virus under control in other parts of the world, at least until a vaccine becomes available.

Even with the new rises, the numbers in Australia, Hong Kong and Japan don’t come anywhere close to the misery in the United States and Brazil, both of which are still dealing with the first wave of the pandemic, and have yet to take the concerted national action that experts have long recommended. And while the July heat may make the northern hemisphere winter seem a long way away, it is coming. Scientists say countries need to prepare for a potential uptick in cases that could be more serious than the initial outbreak, as cold weather pushes people indoors to poorly ventilated spaces — exactly the conditions that are likely to make the novel coronavirus spread more easily. More than ever, hope is resting on the dozens of coronavirus vaccines under development. Speaking Monday, US infectious disease expert Dr. Anthony Fauci said that if one is effective, and enough people get it, that could finally end this pandemic.

“If we get a widespread uptake of vaccine, we can put an end to this pandemic and we can create a veil of immunity in this country, preventing the infection from coming back,” he said.

Don't Miss it Coronavirus Melbourne: Victoria records 384 COVID-19 cases, 6 new deaths
Up Next Sensory impairment: How the coronavirus is getting on our nerves | COVID-19 Special