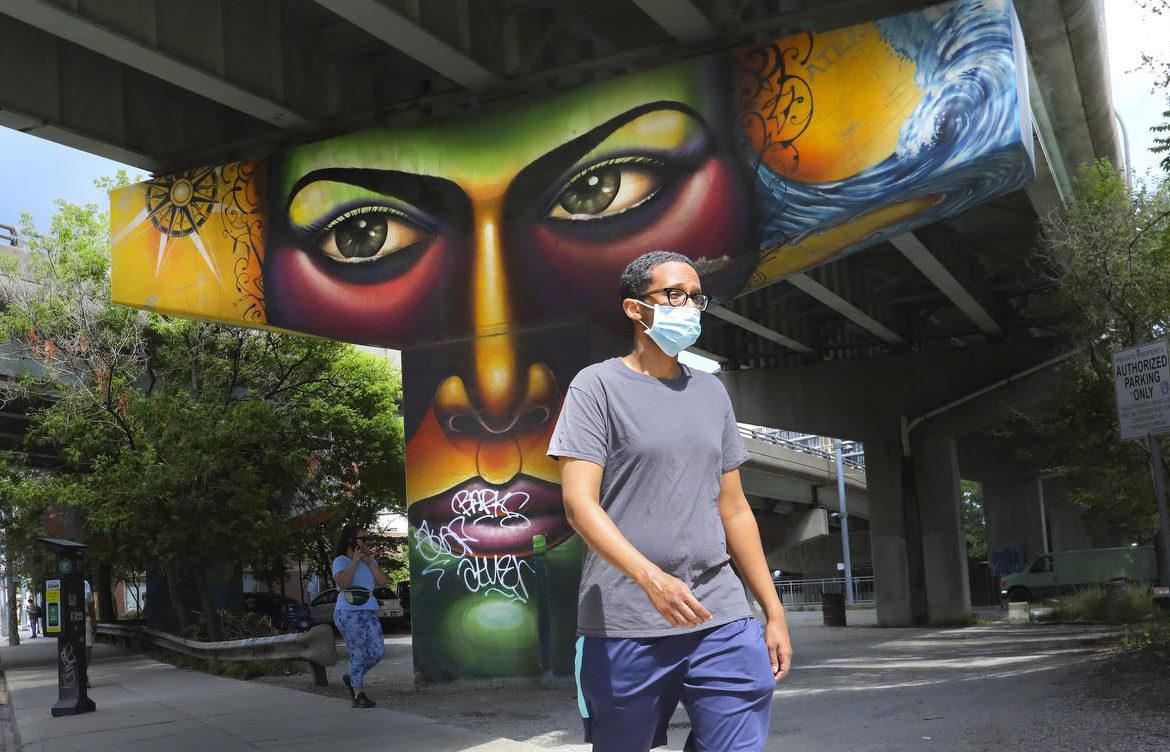 7:54 a.m. World Rugby has scrapped the combined men’s and women’s events in Dubai and Cape Town

4:01 a.m.: The Ontario government is expected to announce Stage 3 plans

8:20 a.m.: A judge who once served as the provincial government’s lead counsel for the Walkerton tainted water inquiry and prosecuted the notorious Bre-X gold fraud case will head Premier Doug Ford’s long-awaited commission into the deadly impact of COVID-19 on nursing homes, the Star has learned.

8 a.m. Shopify Inc. is reporting $36 million (U.S.) in profits in the second quarter on a nearly doubling of revenues as it reaped the benefits of COVID-19 lockdowns.

The Ottawa-based tech company says it earned 29 cents per diluted share for the three months ended June 30, compared with a loss of 26 cents per share or $28.7 million (U.S.) in the prior year.

The company says the ongoing effect of the pandemic has been to accelerate the shift of purchase habits to e-commerce with new stores created on the Shopify platform growing 71 per cent in the quarter.

“The world is changing fast. With the rapid shift to online commerce, massive disruption to conventional employment, and growing conviction that opportunity needs to be more evenly distributed, entrepreneurship has never been more important,” said CEO Tobi Lutke.

7:54 a.m. World Rugby has scrapped the combined men’s and women’s events in Dubai and Cape Town, the first two rounds of next season’s HSBC World Rugby Sevens Series, due to the global pandemic.

“While we share in the disappointment of players, teams, fans, hosts and everyone involved with the popular events in Dubai and Cape Town, this is a prudent decision taken with the health and well-being of the global rugby community and wider society as our top priority and guided by the relevant government and international public health authority advice,” World Rugby chief executive Brett Gosper said in a statement Wednesday.

The 2020 Series was cut short with events in Langford, B.C., London, Paris, Singapore and Hong Kong cancelled due to COVID-19. New Zealand was announced winner of both the men’s and women’s divisions based on points already accumulated.

Canada finished third in the women’s standings and eighth in the men’s.

7:39 a.m. The U.K. is moving swiftly to snap up supplies of future coronavirus vaccines, signing a deal with partners GlaxoSmithKline Plc and Sanofi to secure as many as 60 million doses of their experimental shot.

The latest agreement highlights the aggressive steps the British government is taking to obtain inoculations for its population of 66 million people. The U.K. has now secured the highest number of doses per capita, putting the country ahead of the U.S., according to London-based analytics firm Airfinity.

The pact follows the U.K. government’s move last week to buy 90 million doses of potential vaccines from a partnership of Pfizer Inc. and BioNTech SE as well as from Valneva SE. The University of Oxford’s partner, AstraZeneca Plc, intends to make as many as 30 million doses available to the U.K. by September as part of a pact to deliver 100 million doses.

7:35 a.m. Russia plans to register a coronavirus vaccine as soon as Aug. 10 to Aug. 12, clearing the way for what its backers say would be the world’s first official approval of an inoculation against the epidemic.

The drug developed by Moscow’s Gamaleya Institute and the Russian Direct Investment Fund may be approved for civilian use within three to seven days of registration by regulators, according to a person familiar with the process, who asked not to be identified because the information isn’t public.

Earlier, the state-run RIA Novosti news service reported the vaccine may be approved by Aug. 15-16.

No data has been published about the vaccine, which has been touted by its developers as safe and potentially the first to reach the public. It is scheduled to begin Phase 3 trials next week in Russia, Saudi Arabia and the United Arab Emirates.

6:26 a.m.: China reported more than 100 new cases of COVID-19 on Wednesday as the country continues to battle an outbreak in Xinjiang.

The 101 new cases was China’s highest daily increase in weeks. The northwestern region of Xinjiang accounted for 89, with another eight in the northeastern province of Liaoning and one in Beijing. Another three cases were brought from outside the country by returning Chinese citizens.

5:09 a.m.: The commander of U.S. forces in Japan says strict measures are in place to curb the spread of the coronavirus by American military personnel entering Japan.

Okinawa Gov. Denny Tamaki has voiced worries about an outbreak spreading from the heavy U.S. military presence on the southern island.

According to Lt. Gen. Kevin Schneider, the commander of U.S. troops in Japan, positive cases among the service members and other base employees have gone down over the last five days from 189 to 139. Most of the cases were in Camp Hansen and Futenma, both on Okinawa.

5:05 a.m.: Muslim pilgrims, donning face masks and moving in small groups after days in isolation, began arriving to Islam’s holiest site in Mecca on Wednesday for the start of a historically unique and scaled-down hajj experience reshaped by the coronavirus pandemic.

The hajj is one of Islam’s most important requirements, performed once in a lifetime. It follows a route the Prophet Muhammad walked nearly 1,400 years ago and is believed to ultimately trace the footsteps of the prophets Ibrahim and Ismail, or Abraham and Ishmael as they are named in the Bible.

The hajj, both physically and spiritually demanding, is intended to bring about greater humility and unity among Muslims.

Rather than standing and praying shoulder-to-shoulder in a sea of people from different walks of life, pilgrims this year are social distancing — standing apart and moving in small groups of 20 to limit exposure and the potential transmission of the coronavirus.

In a statement released on Wednesday, Stella Kyriakides said of her native Cyprus that there’s also concern over a localized spike in COVID-19 infections whose source authorities haven’t so far been able to trace.

She says this shows that a section of the population isn’t following health and safety protocols and that a renewed surge of infections can be avoided if people remain vigilant at all times.

4:03 a.m.: The British Columbia government is set to announce its updated plan for a safe return for public schools during the COVID-19 pandemic.

Education Minister Rob Fleming says the plan was developed in consultation with a committee made up of teachers, parents, First Nations, principals, trustees, school boards, support workers and health and safety officials.

4:02 a.m.: The Ontario government is expected to announce today whether the only regions still in Stage 2 of the province’s COVID-19 recovery plan can move on to the next phase.

Premier Doug Ford has pledged to lay out when and how Toronto, Peel Region and Windsor-Essex will be allowed to join the rest of the province in Stage 3.

The three areas were held back because officials said they wanted more data before giving the green light for a broader reopening.

The update, which was announced in Toronto Public Health’s daily case tally via Twitter, marks the fewest new cases seen in any single day in the city since March 10 — well before the pandemic reached its first peak in Ontario in mid-April.

Case counts have fallen sharply in the city this month.

According to Toronto Public Health, the city has seen a total of 15,338 infected patients, of whom 13,785 have since recovered.

Another two patients have died since Monday’s update, the health unit says.

Don't Miss it UK coronavirus live: people should book holidays but ‘be aware quarantine could be imposed’, says minister | Politics
Up Next Portland business owner on impact of riots, coronavirus: ‘It’s terrifying’