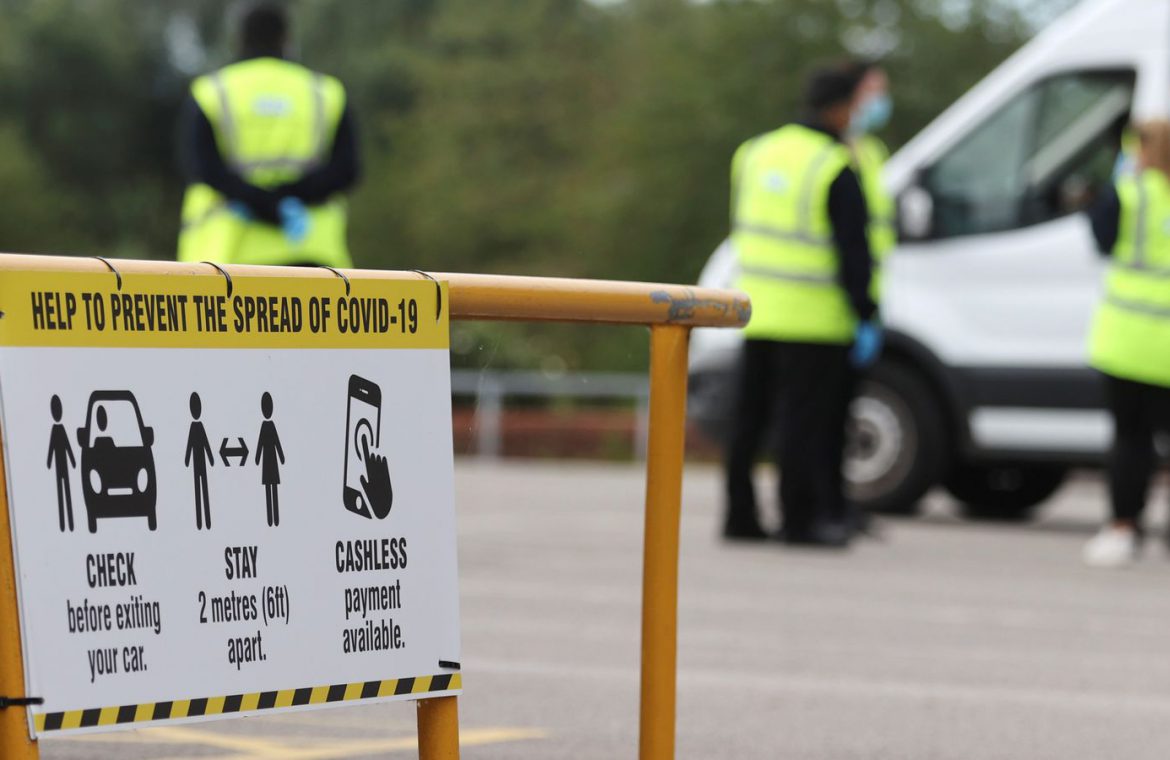 Self-isolation rules are being changed as scientists warn people with coronavirus may be infectious for longer than previously thought.

The chief medical officers of all four UK nations said anyone with symptoms or a positive test result should isolate for 10 days instead of seven.

They changed their advice as the country braces for winter and warnings of a “second wave” of COVID-19 brewing in Europe.

Hancock says he is ‘worried’ about a second coronavirus wave

In a statement, the four scientists said evidence – while limited – “has strengthened” to show people with the virus “have a low but real possibility of infectiousness” for up to nine days after catching it.

Extending self-isolation will “help provide additional protection to others in the community”, they added – particularly vulnerable people who have been shielding since March.

It remains the case that people with coronavirus symptoms are most infectious just before or in the first few days after their symptoms begin.

Anyone with symptoms who has a negative test during their isolation period can be released from it.

Those who have come into close contact with someone who has tested positive for COVID-19 will still have to stay at home for the same amount of time as before – 14 days.

Image:
Anyone with a negative test can be released from self-isolation

The UK has followed some other countries in extending the isolation period to 10 days.

But the World Health Organisation recommends isolating for 10 days after onset, plus an additional three days once symptoms have subsided.

The prime minister added there are between 10 and 30 areas in the UK where coronavirus is “bubbling up a little bit” and that the only way to keep the lid on them is with “tough, swift and decisive local lockdowns”.

It comes as new figures showed England suffered the highest levels of excess deaths of any country in Europe over the first half of 2020.

Earlier, Health Secretary Matt Hancock said he was “worried” about another peak, telling Sky News’ Kay Burley@Breakfast there is a “second wave starting to roll across Europe”.

Asked about data that suggests the R rate – the average number of people someone with the virus passes it on to – is above the crucial number of one in some areas, Mr Hancock said he would not “prejudge” as statistics will be published on Friday.

The R rate is 1.02 in the South East and 1.04 in the South West, according to University of Cambridge researchers.

PM warns of signs of second wave in Europe

Mr Hancock did admit the decrease in coronavirus cases in the UK had “flattened off”.

Meanwhile, new research suggests one in every 14 Britons has already been infected with the virus.

An Oxford University study of more than 20,000 people indicated that 7.1% of the population have coronavirus antibodies, which appear in someone’s blood after they are infected.

While ministers are increasing isolation times for people with symptoms, the Daily Telegraph reported they are also trying to reduce the 14-day quarantine for travellers coming back to the UK from “high risk” countries.

On Tuesday, Mr Johnson did not rule out cutting returning travellers’ self-quarantine to 10 days.

He said: “We are always looking at ways in which we can mitigate the impact of the quarantine, try to help people, try to make sure that the science is working to help travellers and holidaymakers.”

The Foreign and Commonwealth Office advised against all non-essential travel to Spain, including the Balearic and Canary Islands, after it suffered an increase in cases.

“There’s real concern about winter and the compounding factors there, but also about an earlier spike.”