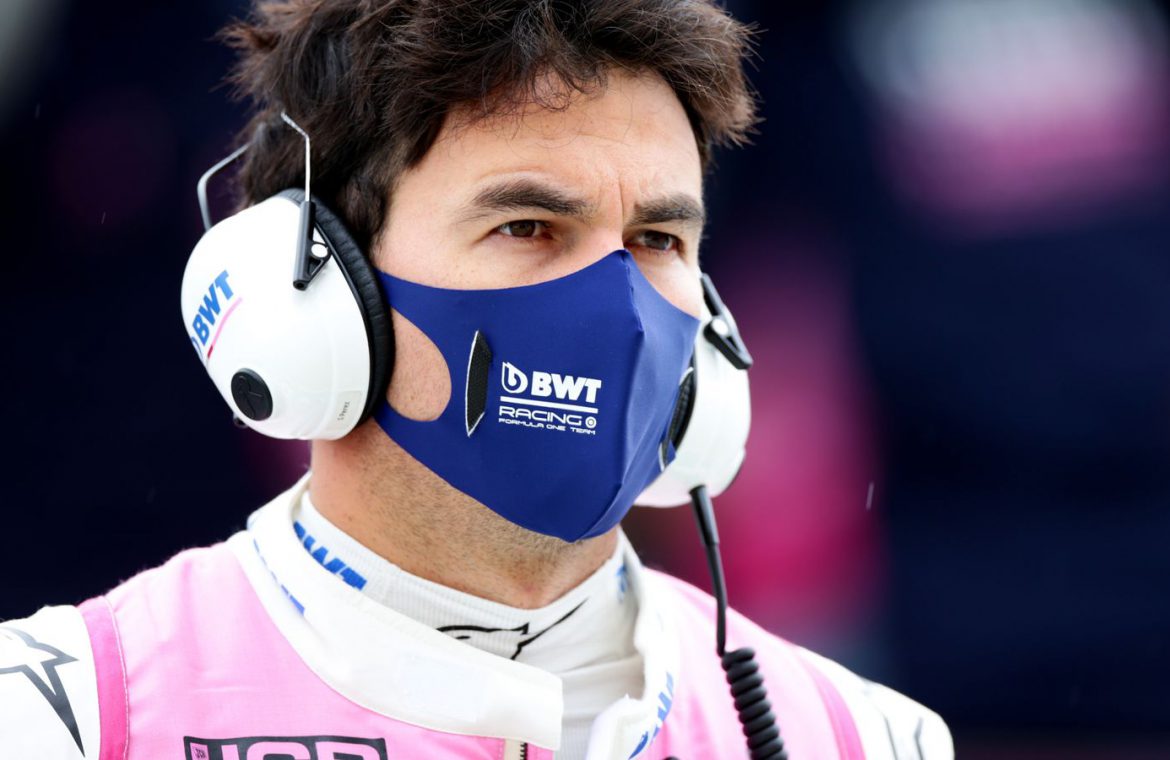 Racing Point’s Sergio Perez has tested positive for coronavirus and will not take part in this weekend’s British GP.

The Mexican was self-isolating and absent from the Silverstone paddock on Thursday after an ‘inconclusive’ result led to a retest.

That test has now returned a positive result.

Perez is the first driver and front-line member of an F1 team to test positive for COVID-19 since the delayed season began earlier this month.

All close contacts with the driver have also been quarantined, with F1’s stringent track-and-trace protocols enacted. The FIA says the incident will have “no wider impact” on the running of the Silverstone weekend.

“Perez has entered self-quarantine in accordance with the instructions of the relevant public health authorities, and will continue to follow the procedure mandated by those authorities,” read an FIA statement.

Sergio is physically well and in good spirits, but he will continue to self-isolate under the guidelines of the relevant public health authorities, with safety the ultimate priority for the team and the sport. [2/3] #F1 #BritishGP

“With assistance of the local organiser of the British Grand Prix, local health authorities and the FIA COVID-19 delegate, a full track and trace initiative has been undertaken and all close contacts have been quarantined.

“The procedures set out by the FIA and Formula 1 have provided for swift containment of an incident that will have no wider impact on this weekend’s event.”

5:59 Sergio Perez was absent from his Thursday media duties, with Racing Point team-mate Lance Stroll alone in the press conference.

Sergio Perez was absent from his Thursday media duties, with Racing Point team-mate Lance Stroll alone in the press conference.

Racing Point say Perez is in “physically well and in good spirits” and that he will continue to self-isolate as per the health guidelines.

“The entire team wishes Sergio well and looks forward to welcoming him back into the cockpit of the RP20 soon,” said the team.

“Our intention is to race two cars on Sunday. We will communicate the next steps for our British Grand Prix weekend in due course.”

F1’s strict and extensive COVID-19 protocols have included contingencies amid the expectation that front-line personnel would test positive during the course of the year.

Racing Point do not have a reserve driver of their own for 2020 but, as engine customers to Mercedes, they do have access to the world champions’ reserve roster – former race drivers Esteban Gutierrez and Stoffel Vandoorne.

Vandoorne is also currently preparing for next week’s return of Formula E in Berlin, where he will race for Mercedes’ own team.

Racing Point could also turn to other potential options. Their former driver Nico Hulkenberg, for instance, is currently unattached and raced in F1 as recently as last season with Renault.

Racing Point are again expected to run near the front of the field at Silverstone after a big step forward over the winter with a car which has courted controversy among rivals due to its similarity to the 2019 Mercedes.

Lance Stroll, who finished fourth last time out in Hungary, is Perez’s team-mate.

Don't Miss it ‘Deeply committed’ doctor, head of ICU at Baltimore hospital dies of coronavirus
Up Next Banyan – A second covid-19 wave is worrying Australia, Japan and Hong Kong | Asia