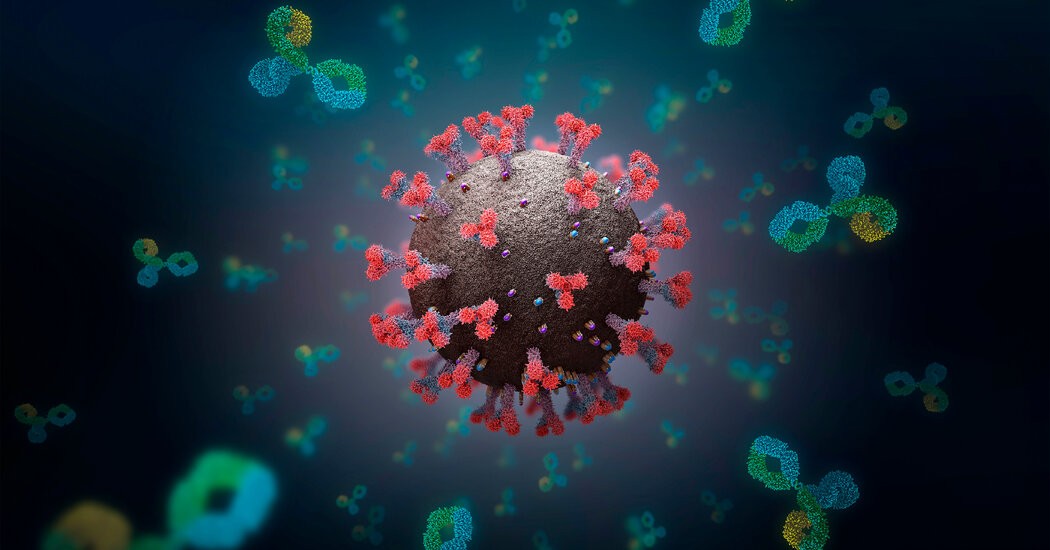 Within the last couple of months, several scientific studies have come out — some peer-reviewed, others not — indicating that the antibody response of people infected with SARS-CoV-2 dropped significantly within two months. The news has sparked fears that the very immunity of patients with Covid-19 may be waning fast — dampening hopes for the development of an effective and durable vaccine.

But these concerns are confused and mistaken.

Both our bodies’ natural immunity and immunity acquired through vaccination serve the same function, which is to inhibit a virus and prevent it from causing a disease. But they don’t always work quite the same way.

And so a finding that naturally occurring antibodies in some Covid-19 patients are fading doesn’t actually mean very much for the likely efficacy of vaccines under development. Science, in this case, can be more effective than nature.

The human immune system has evolved to serve two functions: expediency and precision. Hence, we have two types of immunity: innate immunity, which jumps into action within hours, sometimes just minutes, of an infection; and adaptive immunity, which develops over days and weeks.

Almost all the cells in the human body can detect a viral infection, and when they do, they call on our white blood cells to deploy a defensive response against the infectious agent.

When our innate immune response is successful at containing that pathogen, the infection is resolved quickly and, generally, without many symptoms. In the case of more sustained infections, though, it’s our adaptive immune system that kicks in to offer us protection.

The adaptive immune system consists of two types of white blood cells, called T and B cells, that detect molecular details specific to the virus and, based on that, mount a targeted response to it.

A virus causes disease by entering cells in the human body and hijacking their genetic machinery so as to reproduce itself again and again: It turns its hosts into viral factories.

T cells detect and kill those infected cells. B cells make antibodies, a kind of protein that binds to the viral particles and blocks them from entering our cells; this prevents the replication of the virus and stops the infection in its tracks.

The body then stores the T and B cells that helped eliminate the infection, in case it might need them in the future to fight off the same virus again. These so-called memory cells are the main agents of long-term immunity.

Yet it is also the case that with other viruses the amount of antibodies in the blood peaks during an infection and drops after the infection has cleared, often within a few months: This is the fact that has some people worried about Covid-19, but it doesn’t mean what it might seem.

That antibodies decrease once an infection recedes isn’t a sign that they are failing: It’s a normal step in the usual course of an immune response.

Nor does a waning antibody count mean waning immunity: The memory B cells that first produced those antibodies are still around, and standing ready to churn out new batches of antibodies on demand.

And that is why we should be hopeful about the prospects of a vaccine for Covid-19.

Among the viruses that have become endemic in humans, some have also figured out ways to dodge the adaptive immune system: H.I.V.-1 mutates rapidly; herpes viruses deploy proteins that can trap and incapacitate antibodies.

Thankfully, SARS-CoV-2 does not seem to have evolved any such tricks yet — suggesting that we still have an opportunity to stem its spread and the pandemic by pursuing a relatively straightforward vaccine approach.

Vaccines come in different flavors — they can be based on killed or live attenuated viral material, nucleic acids or recombinant proteins. But all vaccines consist of two main components: an antigen and an adjuvant.

The antigen is the part of the virus we want the adaptive immune response to react to and target. The adjuvant is an agent that mimics the infection and helps jump-start the immune response.

One beauty of vaccines — and one of their great advantages over our body’s natural reaction to infections — is that their antigens can be designed to focus the immune response on a virus’s Achilles heel (whatever that may be).

Another advantage is that vaccines allow for different kinds and different doses of adjuvants — and so, for calibration and fine-tuning that can help boost and lengthen immune responses.

The immune response generated against a virus during natural infection is, to some degree, at the mercy of the virus itself. Not so with vaccines.

Since many viruses evade the innate immune system, natural infections sometimes do not result in robust or long-lasting immunity. The human papillomavirus is one of them, which is why it can cause chronic infections. The papillomavirus vaccine triggers a far better antibody response to its viral antigen than does a natural HPV infection: It is almost 100 percent effective in preventing HPV infection and disease.

Not only does vaccination protect against infection and disease; it also blocks viral transmission — and, if sufficiently widespread, can help confer so-called herd immunity to a population.

What proportion of individuals in a given population needs to be immune to a new virus so that the whole group is, in effect, protected depends on the virus’s basic reproduction number — broadly speaking: the average number of people that a single infected person will, in turn, infect.

For measles, which is highly contagious, more than 90 percent of a population must be immunized in order for unvaccinated individuals to also be protected. For Covid-19, the estimated figure — which is unsettled, understandably — ranges between 43 percent and 66 percent.

Given the severe consequences of Covid-19 for many older patients, as well as the disease’s unpredictable course and consequences for the young, the only safe way to achieve herd immunity is through vaccination. That, combined with the fact that SARS-CoV-2 appears not to have yet developed a mechanism to evade detection by our adaptive immune system, is ample reason to double down on efforts to find a vaccine fast.

So do not be alarmed by reports about Covid-19 patients’ dropping antibody counts; those are irrelevant to the prospects of finding a viable vaccine.

Remember instead that more than 165 vaccine candidates already are in the pipeline, some showing promising early trial results.

And start thinking about how best to ensure that when that vaccine comes, it will be distributed efficiently and equitably.