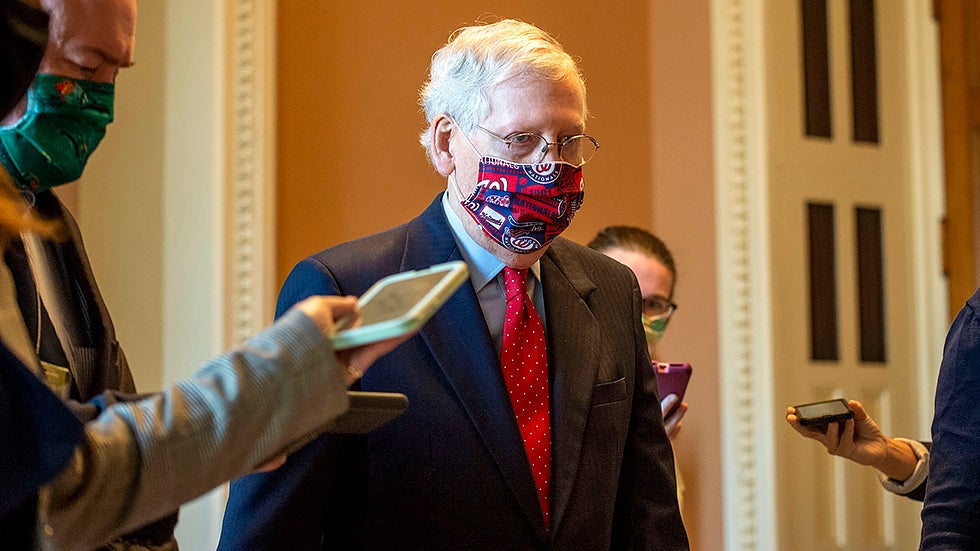 “I think there are 15-20 of my guys that are not going to vote for anything. … It’s a statement of the obvious that we will not have everybody on our side,” McConnell told WHAS, a Kentucky radio station.

McConnell’s estimate comes as congressional Democrats and the administration are struggling to reach an agreement after days of talks about a potential fifth coronavirus package as cases climb across the country and an economy bludgeoned by the pandemic.

McConnell, during the radio interview, said the two sides were “light-years apart,” the latest sign that Congress and the White House are not close to a quick deal.

“This negotiation is going to be tough,” he added. “At the moment there’s not much movement.”

McConnell, asked why a sizable portion of his conference is opposed to another bill, noted the growing size of the country’s debt after Congress has already appropriated nearly $3 trillion in the previous four coronavirus bills.

“Their argument’s not irrational. … They don’t think we ought to pass another one of these bills. I don’t agree with that,” McConnell said.

Asked what those GOP senators would say to voters, McConnell added, “I think everybody’s got to make their best call here.”

If 20 Republicans voted against an eventual coronavirus deal, that means McConnell would need support from at least 27 Democratic senators to get the bill over a 60-vote procedural threshold and pass it in the Senate. McConnell said during an interview with PBS “Newshour” earlier this week that “about 20 of my members think that we’ve already done enough.”

“One Senator said: ‘There are a hundred problems with the plan.’ Another: ‘It’s a mess. I can’t figure out what this bill is about.’ … Those would be harsh criticisms if they came from Democrats. But those quotes weren’t from Democrats, those were Republican senators talking about their own party’s plan,” Schumer said during a speech from the Senate floor this week.

The previous four bills passed the Senate with either no opposition or only a handful of “no” votes.

But McConnell has repeatedly acknowledged that he expects the next deal to be more contentious.

“What’s happened here is that the political environment has deteriorated significantly. … We’re four months closer to the election,” he said.