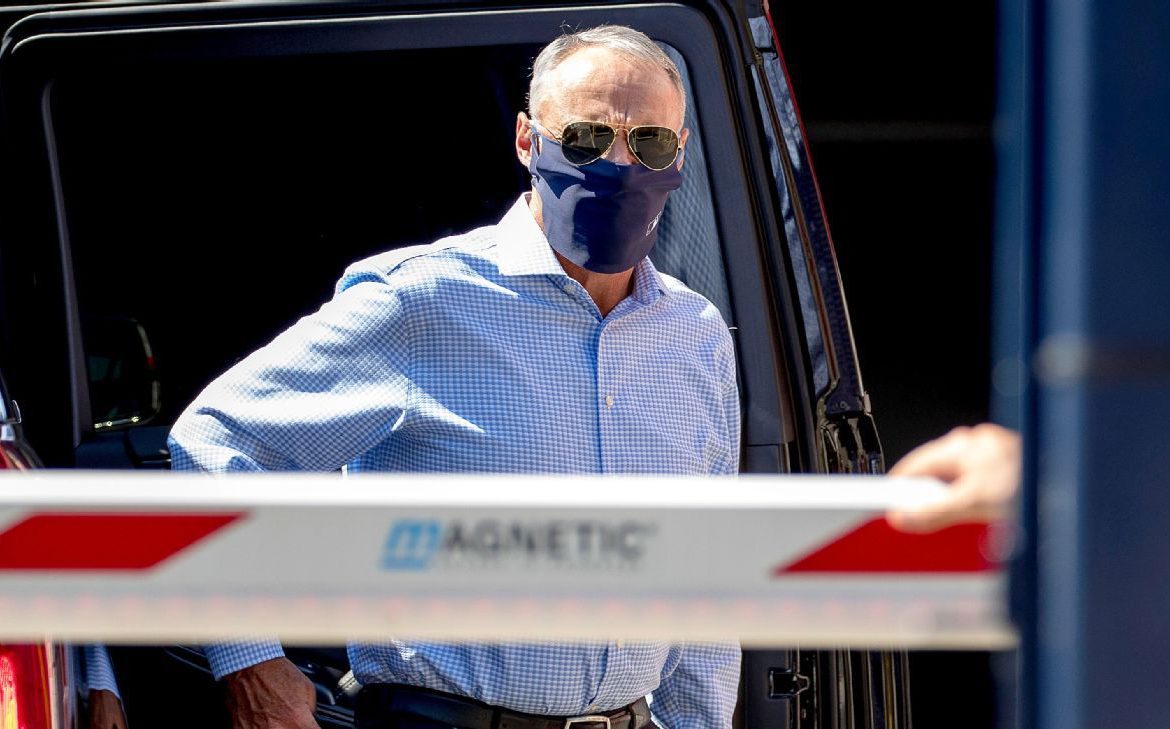 CloseESPN MLB insider
Author of “The Arm: Inside the Billion-Dollar Mystery of the Most Valuable Commodity in Sports”

Major League Baseball commissioner Rob Manfred told MLB Players Association executive director Tony Clark on Friday that if the sport doesn’t do a better job of managing the coronavirus, it could shut down for the season, sources familiar with the conversation told ESPN.

The league and players recognize the coming days are a critical juncture following an outbreak among the Miami Marlins in which 21 members of the organization have tested positive for COVID-19. Two positive tests by St. Louis Cardinals players on Friday exacerbated concerns inside the sport about the presence of the coronavirus and whether the jointly agreed-upon protocols are being followed properly to prevent outbreaks similar to Miami’s.

Should another outbreak materialize, Manfred, who has the power to shut down the season, could move in that direction. Multiple players briefed on the call fear the season could be shut down as soon as Monday if positive tests jump or if players continue not to strictly abide by the league’s protocols.

Networks broadcasting MLB games have been alerted to look at possible alternate programming after this weekend should the league shut down, sources told ESPN’s Keith Olbermann.

Further, there is concern about off-the-field choices, with one high-ranking official saying: “There are some bad decisions being made.”

Mark Teixeira says he understands where commissioner Rob Manfred is coming from, adding that if positive tests keep showing up in the MLB, the season shouldn’t go on.

The Cardinals’ game against the Milwaukee Brewers was postponed Friday and rescheduled to a doubleheader Sunday. Already, the Marlins and Philadelphia Phillies, who most recently played Sunday against Miami, were missing scheduled games, leaving 20% of the league’s Friday slate empty.

“Every player in this league better take a hard look at what you’re doing off the field, because what you do affects, more than just you and your team,” Chicago Cubs outfielder Steven Souza Jr. tweeted Friday night. “Your decisions off the field will put all of our seasons in jeopardy this year.”

Major League Baseball and the MLBPA on Friday jointly announced the results of COVID-19 testing through Thursday. Of the 11,895 samples taken over the past week, there were 29 positive tests — 20 by players and nine by staff members.

Don't Miss it Coronavirus live news: WHO reports record global daily cases as easing on hold in England | World news
Up Next Will the coronavirus pandemic fuel the spread of hepatitis? | COVID-19 Special