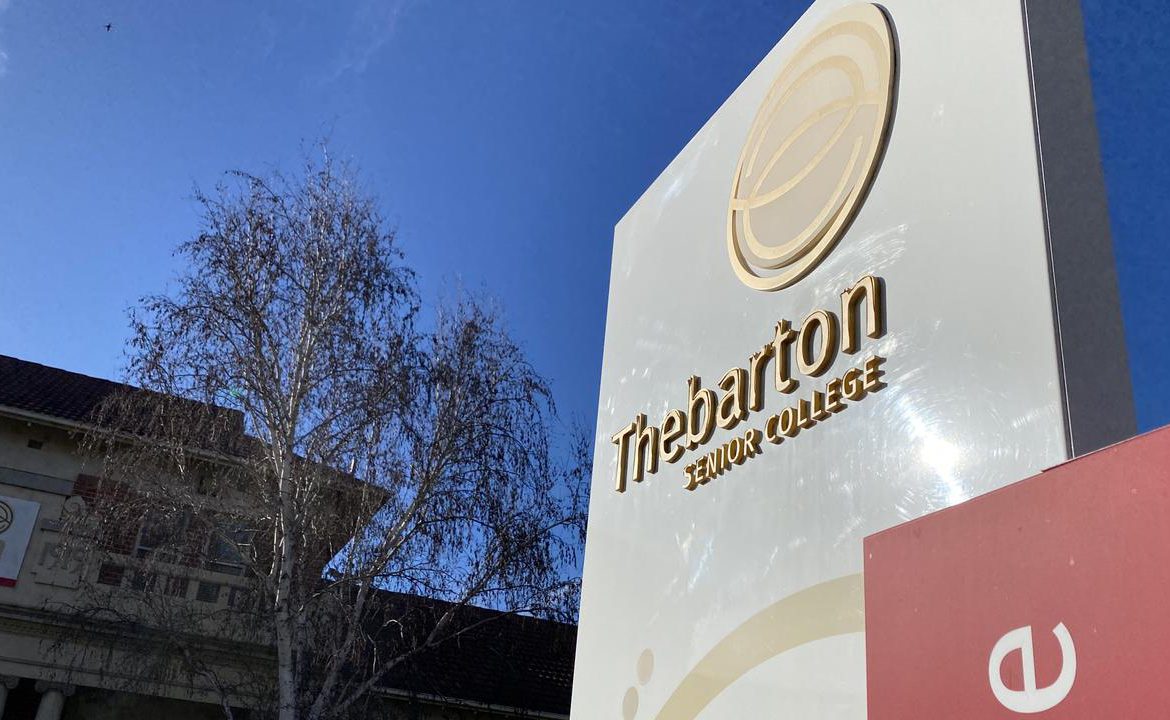 There are revived fears of community-based transmission of COVID-19 in South Australia after an adult student who tested positive for the virus attended two schools.

The woman, in her 20s, attended both Thebarton Senior and Roma Mitchell Secondary colleges while infectious.

She attended Roma Mitchell College, in Gepps Cross, for an after-hours education program.

This was the second case to be confirmed on Sunday, alongside a teenage girl who returned home from Melbourne on Jetstar flight JQ774 on July 26.

Both schools will stay closed for at least a day and a large-scale contact tracing effort is underway, while the campuses are deep-cleaned.

“Anybody who attended the schools and develops symptoms will need to isolate and get tested.”

media_cameraThebarton Senior College has been closed after a student tested positive to COVID-19. Picture: Gabriel Polychronis

Prof Spurrier said the woman – a known contact of an existing patient in SA – will be isolating at a medi-hotel, while the teenager will continue quarantine at home, because she is underage.

Prof Spurrier said there is “some potential” of community transmission after the student attended two schools while infectious.

There have now been six COVID-19 cases in the last week in SA.

“I have been concerned with a case every day and now (on Sunday) two cases,” Prof Spurrier said.

“We are really in a tenuous position at the moment with the number of active cases in South Australia.”

“We do not want to get anywhere near the level of community transmission … they are seeing in Victoria.”

Prof Spurrier said the teenage girl on the Jetstar flight from Melbourne “did the right thing” by going into quarantine after arriving from Melbourne, but she didn’t get tested until Friday.

“The teenager hadn’t had the test done – I don’t know she might have been a little bit scared about getting it done.”

The girl took the test after an enforcement visit.

“She is a young person and we’ve been able to get a detailed history from her and through family members,” Prof Spurrier said.

“We think the chances of her being infectious in South Australia are very, very low, but because we want to be absolutely certain in this case, we are going to continue having her in isolation.”

The girl had first developed respiratory symptoms on July 15, meaning the infectious period would have ended before coming into SA.

Seven close family contacts of the girl have been identified so far, with their tests coming back negative.

Other possible close contacts on flight JQ774 are being told about the case.

“I don’t have any details as to the reason but we do regret the fact our information line was down for a couple of hours,” Mr Wade said.

“We are very keen to maintain a reliable source of information for South Australians – we certainly did everything we could to get it up as quick as possible.”

Mr Wade also revealed the government is considering a new set of restrictions for aged care after a positive coronavirus case was linked to two nursing homes at the weekend.

“Plans are being developed for a whole range of high-risk environments,” he said.

Melbourne will move to stage four restrictions from 6pm, with an 8pm curfew across the state from tonight.

Don't Miss it Amit Shah Tweets He Has Tested Positive For Coronavirus, Hospitalised
Up Next Do some people have protection against the coronavirus?