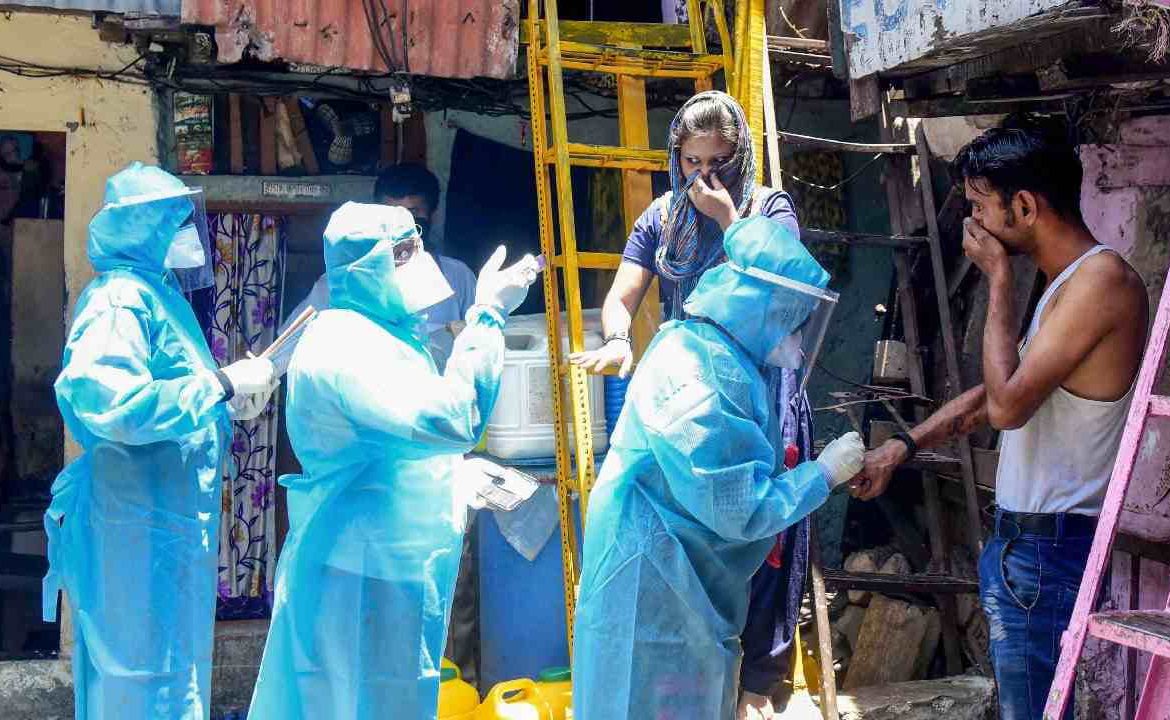 Coronavirus Updates:The total number of COVID-19 cases in the state rose to 4,31,719, while the toll reached 15,316, said the state health department

COVID-19 cases crossed 1.50 lakh in Andhra Pradesh on Saturday as another 9,276 patients were added and 58 more succumbed to the disease.

The high-level Group of Ministers (GOM) on COVID-19 has agreed to the health ministry’s proposal to allow the export of indigenously made ventilators.

India continues to report among the lowest case fatality rates(CFR) in the world, which has now dropped to 2.15 percent— the lowest since the first lockdown in March, the Union health ministry said in a press release. The recovery rate among COVID-19 patients is now 64.53 percent, it said.

The total COVID-19 cases in Assam crossed the 40,000-mark on Friday after 1862 new cases were reported in the state in the last 24 hours.

Asking states to emulate the ‘Delhi model’ in their fight against COVID-19, the minister said that the National Capital registered a recovery rate of 84 percent.

India’s COVID-19 case fatality rate is progressively declining and now stands at 2.18 percent, one of the lowest globally, while just 0.28 percent of the total active patients are on ventilator, Union Health Minister Harsh Vardhan said on Friday.

With a record single-day surge of 55,078 infections, India’s COVID-19 caseload raced past 16 lakh on Friday, just two days after it reached the 15-lakh mark, while the number of recoveries rose to 10,57,805, according to Union Health Ministry data.

The country has so far registered 16,38,870 instances of the coronavirus infection. The toll increased to 35,747 with 779 fatalities being reported in 24 hours, the data updated at 8 am showed.

This is the second consecutive day that COVID-19 cases have increased by more than 50,000.

In Delhi, the next round of sero-prevalence survey is slated to begin on Saturday, with authorities gearing up for the five-day exercise to comprehensively analyse the COVID-19 situation in the capital.

Chairing the 19th meeting of the Group of Ministers (GoM) on COVID-19 through video-conference, Vardhan said India has achieved the milestone of more than 10 lakh recoveries, a recovery rate to 64.54 percent.

“This shows that the active cases under medical supervision are only 33.27 pc or approximately 1/3rd of total positive cases,” he was quoted as saying in a health ministry statement.

“India’s Case Fatality Rate is also progressively reducing and currently stands at 2.18 percent, one of the lowest globally,” he said.

Speaking on the severity of the disease, Vardhan said, “Out of the total active cases, only 0.28 pc patients are on ventilators, 1.61 pc patients needed ICU support and 2.32 pc are on oxygen support.”

The GoM was briefed on the current status of COVID-19 in India and was apprised about the ramping up of the domestic production capacities of various sectors for manufacturing PPEs, masks, ventilators and drugs such as hydroxychloroquine, the statement said.

In terms of healthcare logistics, cumulatively 268.25 lakh N-95 masks, 120.40 lakh PPEs and 1,083.77 lakh HCQ tablets have been distributed to states/UTs and Central institutions, it said.

Of the 779 deaths reported on Friday, 266 were from Maharashtra, 97 from Tamil Nadu, 83 from Karnataka, 68 from Andhra Pradesh and 57 from Uttar Pradesh.

Ten fatalities have been reported from Odisha, nine from Punjab, five from Jharkhand, four each from Bihar, Haryana, Manipur and Uttarakhand, three each from Goa and Chhattisgarh, two each from Assam, Andaman and Nicobar Islands and Kerala while Ladakh and Puducherry recorded one fatality each.

Manipur has for the first time reported COVID-19 fatalities.

Chhattisgarh has registered 51 deaths, Puducherry 48, Goa 42, Tripura 21, Chandigarh and Himachal Pradesh 14 each, Ladakh seven, Meghalaya and Nagaland five each, Andaman and Nicobar Islands and Manipur four each, Arunachal Pradesh three, Dadra and Nagar Haveli and Daman and Diu two and Sikkim one.

The next sero-prevalence survey is scheduled to be conducted from 1-5 August.

Delhi Health Minister Satyendar Jain had on 22 July announced that after analysing the results of the last survey, it was decided that more such exercises would be undertaken every month to formulate better policies for tackling the COVID-19 situation in the city.

A senior government official said 15,000 samples would be collected over a span of five days and the survey would kickstart in four districts, including north and northwest Delhi.

It would follow the same protocol as that of the survey conducted earlier by the National Centre for Disease Control (NCDC).

All CDMOs will be tasked with carrying out the survey in their districts. Random people will be tested for antibodies.

The health department has prepared a detailed plan under which every district medical officer has been asked to conduct the survey in their respective jurisdictions, officials said.

The last sero-prevalence survey was conducted by the Delhi government in association with the NCDC from 27 June to 10 July.

UK Prime Minister Boris Johnson on Friday applied brakes on further easing of lockdown measures, due from this weekend, in England, fearing a spike in the COVID-19 cases.

Addressing a briefing at Downing Street in London, Johnson said, “we must squeeze the brake pedal” to keep the virus under control and also announced that face coverings will become mandatory across many more indoor settings, such as cinemas, besides just public transport and shops and supermarkets.

“The prevalence of the virus in the community, in England, is likely to be rising for the first time since May,” said Johnson, referring to the Office for National Statistics (ONS) data.

“That means until August 15 at the earliest casinos, bowling alleys, skating rinks and the remaining close-contact services must remain closed. Indoor performances will not resume, pilots of larger gatherings in sports venues and conference centres will not take place, and wedding receptions of up to 30 people will not be permitted,” he said.

The UK PM insisted that progress against coronavirus continues, with the daily and weekly number of deaths falling, but warned that some European countries are “struggling” to control it.

“The UK must be ready to react,” he said.

Don't Miss it On the First Day of School, an Indiana Student Tests Positive for Coronavirus
Up Next Coronavirus: What’s happening around the world on August 1