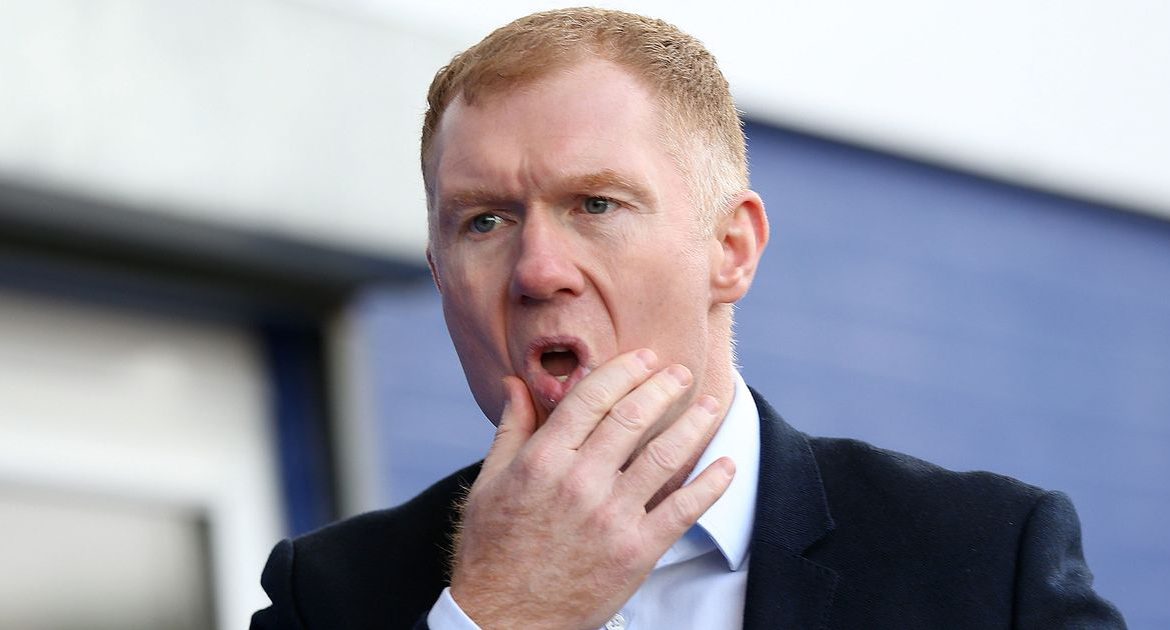 Paul Scholes threw a party for his son’s birthday on the day a new local coronavirus lockdown was introduced.

Millions in the North West and West Yorkshire were subjected to new Covid-19 restrictions on Thursday night after a surge in cases.

But the bash at Scholes’ home went ahead on Friday night, with revellers partying until 2.30am, according to The Sun.

Images on social media appeared to show partygoers ignoring social distancing rules, while Scholes was pictured outside the house as groups of people arrived.

The party reportedly took place as 4.5 million people in Greater Manchester, East Lancashire and West Yorkshire were banned from having get-togethers in people’s homes or gardens.

One local said going ahead with the party was “selfish” after millions had been forced to miss family occasions because of lockdown rules.

“What about all the people who haven’t been able to go to funerals or get married in front of their friends because of the lockdown?,” the local told The Sun.

“Loads of people have had to cancel their birthday parties — why is Paul Scholes’ son different?

“It’s exactly this kind of selfish behaviour which is making it so hard for the country to shake off the pandemic.”

The source said the party appeared to have started at 7pm on Friday – 19 hours after the new rules came into force – and continued until at least 2.30am.

Greater Manchester Police have been approached for comment over the alleged incident.

A representative of Paul Scholes has been contacted for comment.

Scholes played 66 times for England and was blasted for setting a bad example
(Image: Getty)

According to the latest figures, the infection rate in Oldham has soared to 58.1 per 100,000 people.

Manchester mayor Andy Burnham urged members of the public to respect the latest lockdown rules, saying: “Anyone can get coronavirus and anyone can spread it.

“That is why it is so important everyone observes the new restrictions. This includes not seeing friends and family in each other’s homes and gardens.”

In May, scientists warned that family celebrations such as birthdays and weddings were among the “super-spreaders” of coronavirus.

Adam Kucharski, a senior epidemiologist at the London School of Hygiene and Tropical Medicine, said: “If you look at where these super-spreading events occur, it’s often at family gatherings and meals and weddings and parties.

“We are seeing ten or so people getting infected instead of the usual reproduction number, which is about two or three.”