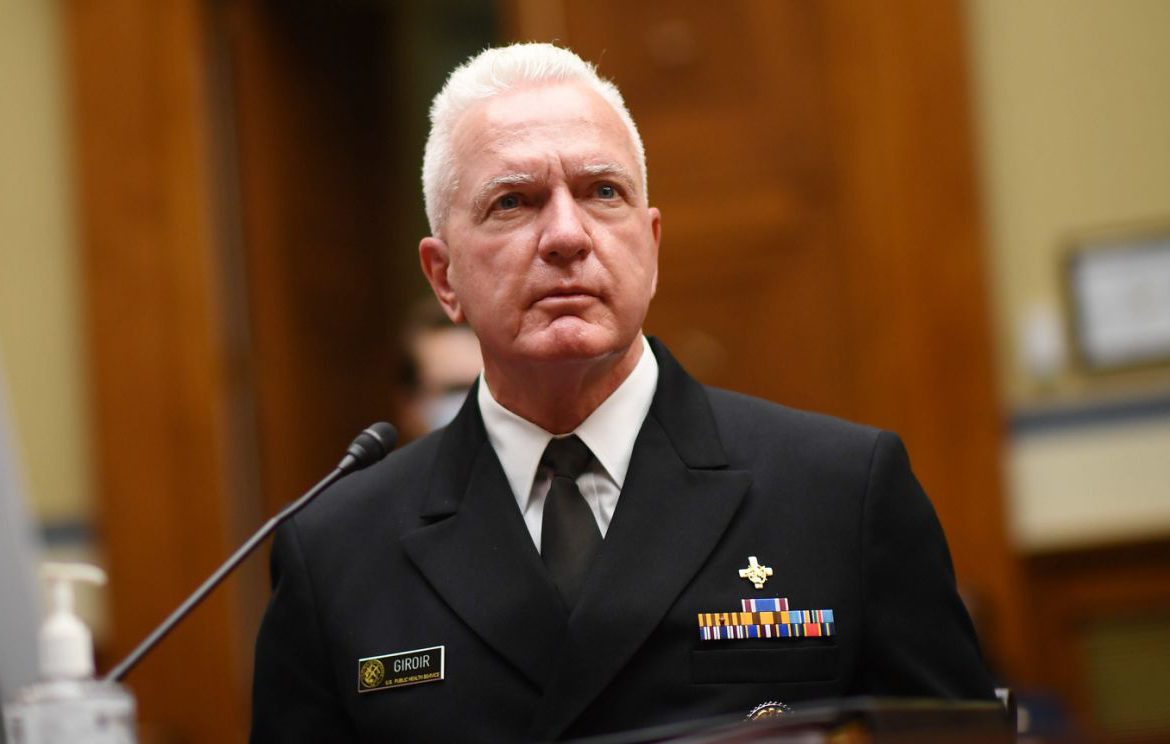 The White House coronavirus task force member charged with coordinating the U.S. testing effort said Sunday the nation needs to “move on” from the debate over hydroxychloroquine, a drug which President Donald Trump has promoted as a COVID-19 treatment even though there is no clear evidence that it is effective.

Adm. Brett Giroir, assistant secretary of health and human services, said on NBC News’ “Meet the Press” that “from a public health standpoint, at first, hydroxychloroquine looked very promising” but at “this point in time, there’s been five randomized control, placebo-controlled trials that do not show any benefit to hydroxychloroquine.”

“So, at this point in time, we don’t recommend that as a treatment. There’s no evidence to show that it is,” Giroir said.

Trump first touted hydroxychloroquine as a potential treatment for COVID-19 at a March 19 task force news briefing after initial reports of its success, saying it “could be a game-changer.” But Dr. Anthony Fauci, director of the National Institute of Allergy and Infectious Diseases, said the evidence was “anecdotal” and cautioned that more trials were needed.

Subsequent studies have not found the drug to be the cure Trump had hoped for and raised concerns about potential side effects among people with heart conditions. In April, the Food and Drug Administration issued a warning against using it outside of clinical trials, and last month the FDA revoked the emergency use authorization it had granted for the drug.

Yet, Trump has cast doubt on his own public health experts’ opinions about hydroxychloroquine, which he said he took as a preventive measure after a number of White House officials tested positive for the virus. He has retweeted many posts claiming health officials like Fauci and the news media buried evidence of its effectiveness. Last week, Trump shared a video on Twitter – which social media companies removed for promoting misinformation – of several doctors promoting hydroxychloroquine as a “cure.”

Giroir said Sunday “we need to move on from” the debate about hydroxychloroquine “and talk about what is effective.” He said the use of the drug remdesivir and steroids have reduced mortality by 30% and reminded people of the effectiveness of preventive measures such as masks and hand-washing. He also said there was promising evidence that blood plasma from recovered COVID-19 patients was effective and that a vaccine is “really on the horizon.”

“We know that if you get COVID now, your chances of dying are incredibly less than they were in April because our healthcare providers know how to treat it better,” Giroir said. But “hydroxychloroquine, I can’t recommend that.”

“I think most physicians and prescribers are evidence-based and they’re not influenced by whatever is on Twitter or anything else,” Giroir said. “And the evidence just doesn’t show that hydroxychloroquine is effective right now.”