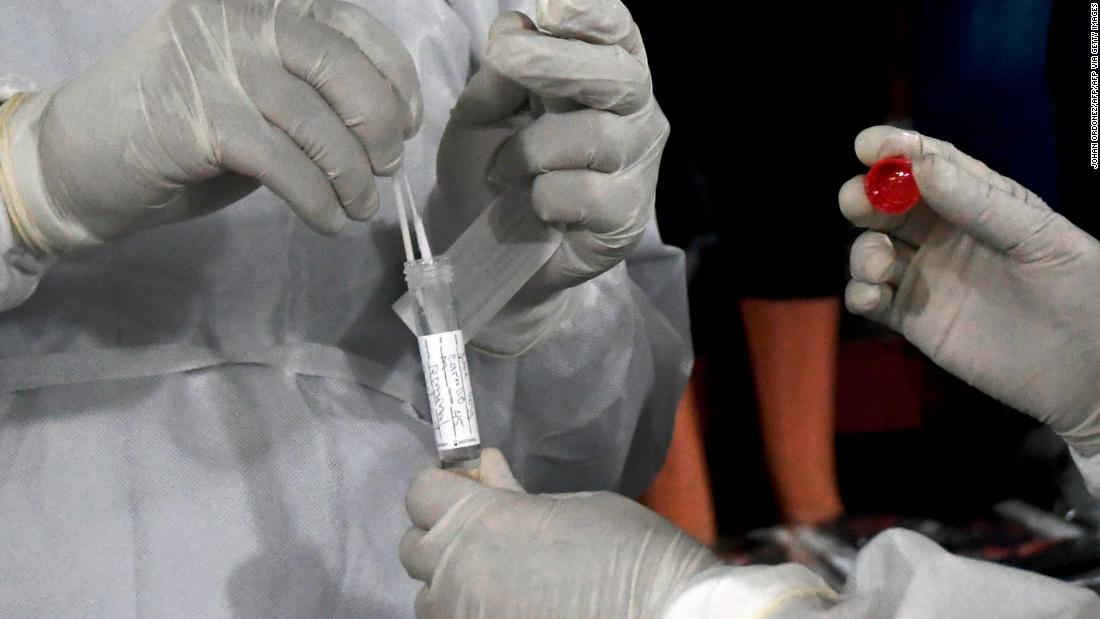 The UN secretary-general says the world is facing a “generational catastrophe” because of the havoc Covid-19 is wreaking on education systems. As it stands, more than a billion students have been affected in some way by the pandemic, and that could mean long-term consequences for other critical issues like child marriage and gender equality. UN agencies are working with education partners on ways to prioritize school openings once local coronavirus outbreaks subside, including targeting education in relief funding and exploring new teaching methods. In the US, new studies suggest frequent testing will be the key to keeping classrooms and college campuses safe. In the UK, the British government says it’s secured millions of rapid coronavirus tests that can detect the virus in about 90 minutes.

The US Census Bureau is wrapping up its count early, even though the Trump administration had previously said the agency needed more time because of coronavirus challenges. Now, the entire population of the US needs to be tallied by September 30 instead of October 31. This could present a problem for reaching minority communities, homeless populations and people on college campuses or in elder care homes. Remember, the census only happens once every 10 years, and the results affect how much funding and representation places get. Census Bureau Director Steven Dillingham says there’s still enough time to get a complete and accurate count.

More states are making it easier for their citizens to participate in mail-in voting ahead of November’s election. Nevada approved a plan to send absentee ballots to all active voters this fall, making it the eighth state, along with the District of Columbia, to adopt universal vote-by-mail for the presidential election. Minnesota has agreed to drop a provision from its mail-in voting process that requires voters to get a notary or witness to sign their ballot envelope. Meanwhile, the Postal Service says it’s revved and ready to handle the demands of increased ballots after President Trump, who has repeatedly criticized mail-in voting, questioned its ability to do so.

Let’s check in on which businesses are thriving in these strange economic times and which are slipping underwater. US firearms purchases have skyrocketed this summer. The FBI in July conducted more than 3.6 million firearm background checks, making it the third highest monthly tally since these records began in 1998. Stocks of home security service ADT jumped after the company announced a $450 million investment from Google. What’s not doing so well? The apparel industry. Clothing companies like The Gap, American Eagle, Urban Outfitters and Children’s Place are about to miss their all-important back-to-school boost as schools remain closed or waver. Tailored Brands, which owns Men’s Wearhouse and Jos. A. Bank, just filed for bankruptcy, making it the latest victim of the new leggings-and-gym-shorts home office era.

Spain’s former king, Juan Carlos I, has left the country as long-term scrutiny heats up over his alleged financial dealings. Juan Carlos abdicated in 2014 under a cloud of scandal and criticism caused by an elephant-hunting trip to Botswana during Spain’s financial crisis in 2012. Now, Swiss prosecutors are reviewing allegations that the former king may have received $100 million from Saudi Arabia’s king in 2008. Juan Carlos’ son, King Felipe VI, recently ended the annual public stipend paid to his father and renounced any personal inheritance from him. Lawyers for the former king say it was inevitable that he would leave the country, but they’re not sure where he’s headed next.

What is Black August?

Here’s why activists celebrate the history of Black resistance this month (and yes, it’s different than Black History Month).

If you live in a place with a Wawa, this is extremely exciting news.

If you’re wondering what color an avocado pit gives you, it’s … tan. It gives you tan.

Is milk good for you? It depends on your age, health and sex

And whether you hate milk.

OK, 2020 is going to need a lot of revisions. Introducing a new antagonist this late in the season? With so many other plot lines left to wrap up? That’s just bad writing.

That’s how much Twitter could be fined by the Federal Trade Commission for using phone numbers and email addresses to target ads. The social media company admitted last October that it had “inadvertently” targeted ads at users through contact details they’d provided for security purposes.

“You can have an opinion on how it should be handled, but the fact is it’s impacting everybody and it is very real.”

From the billions of videos floating around online, today the internet deities have conjured a 13-year-old video of a man drawing a perfect circle in one smooth motion. Do not question why. Just be amazed. (Click here to view.)