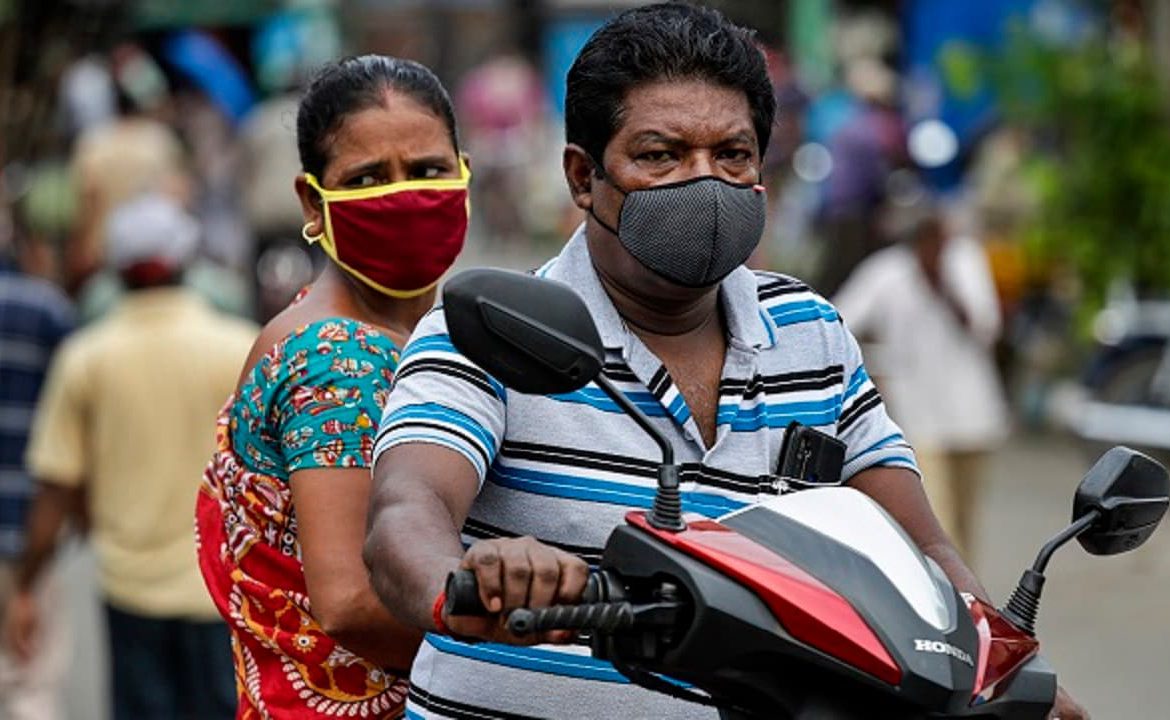 Coronavirus LIVE Updates: The positivity rate in Delhi stood at 6.4 percent while the recovery rate was nearly 90 percent on Wednesday, a state health department bulletin said

Coronavirus LATEST Updates:  Delhi reported 1,076 COVID-19 cases and 11 deaths on Wednesday, the lowest daily fatality count in more than a month, authorities said, adding the city’s caseload has surpassed 1.4 lakh and death toll has risen to 4,044.

The active cases tally on Wednesday rose to 10,072, from 9,897 on Tuesday. The daily cases count had dipped to 674 and 12 deaths were recorded on Tuesday.

While Mumbai reported 1,125 cases on Wednesday, the Pune Municipal Corporation reported a rise of 1,282 cases, taking the total number of cases to 65,136, a state bulletin said

Of the total cases, Ahmedabad reported 161 infectiosns takings its overall tally to 27,283.

Five people died in the city on Wednesday taking the toll from the virus to 1,617, the bulletin added.

Uttar Pradesh reported 4,078 COVID-19 cases and 40 new fatalities on Wednesday, bringing the infection tally to over 1.04 lakh and death toll from the disease to 1,857.

Of the positive cases, 971 were infected through contact and the source of infection of 79 people is not known, Chief Minister Pinarayi Vijayan said. Sixty six of those who tested positive have come from

Andaman and Nicobar Islands reported the first death of a child due to COVID-19 as an eight-year-old boy succumbed to the infection on Wednesday, reports PTI.

The boy, who was a resident of Junglighat area of Port Blair, was suffering from diabetes. He died of COVID-19 at the G B Pant Hospital here, the official said, adding the fresh fatality has pushed the coronavirus death toll in the islands to 12.

10,026 personnel have tested positive for COVID-19. Of them, 107 personnel, including 10 officers, have died, an official said, adding that more than 50% of the deaths were reported from the Mumbai Police.

Pharma major Lupin Limited today announced the launch of its Favipiravir in India under the brand name Covihalt for the treatment of mild to moderate COVID-19.

The global toll rose to 6,99,134 on Wednesday with the United States adding 1,302 more fatalities to the tally, according to the Johns Hopkins University. The global count crossed 1.84 crores.

India’s COVID-19 tally rose by over 50,000 for the sixth consecutive day on Tuesday, taking the total cases to 18,55,745. In the past 24 hours, 52,050 new cases were reported. Meanwhile, the recoveries crossed the 12-lakh mark, according to the Union Health Ministry’s data.

A total of 12,30,509 people have recovered, while there are 5,86,298 active cases of coronavirus infection in the country presently.

The recovery rate among COVID-19 patients has risen to 66.31 percent, while the fatality rate has further dropped to 2.10 percent, the data stated.

According to the ICMR, a cumulative total of 2,08,64,750 samples have been tested up to 2 August with 6,61,892 samples being tested on Monday, the highest done in a day so far, scientist and media coordinator at ICMR, Dr Lokesh Sharma, said.

“A total of 1,05,32,074 tests for detection of coronavirus infection have been performed with per day average of 3,39,744 tests in July, the highest number of tests conducted in a month so far,” Sharma said.

There are 917 labs in the government sector and 439 labs in the private sector for conducting COVID-19 tests.

Union Minister of Petroleum and Natural Gas, Dharmendra Pradhan informed that he has tested positive for COVID-19. Taking to Twitter, Pradhan said that he has been hospitalised as per doctor’s advice and is in a healthy condition.

“I decided to get myself tested after noticing some symptoms of COVID-19 and my report came back positive. As per the doctor’s advice, I have admitted myself in a hospital and I am in healthy condition,” his tweet read.

Earlier on Tuesday, former Karnataka chief minister and Leader of Opposition in the state Assembly, Siddaramaiah said that he has tested positive for COVID-19 and admitted himself to a hospital.

“I have been tested positive for COVID-19 and also been admitted to the hospital on the advice of doctors as a precaution. I request all those who had come in contact with me to check out for symptoms and to quarantine themselves,” Siddaramaiah tweeted.

The Union Health Ministry said that of the people who died due to coronavirus in the country, 68 percent are men and 32 percent are women.

“These are cumulative figures. If you see the mortality analysis i.e. the deaths caused by the coronavirus, you will find that 68 percent deaths are reported among male patients. And 32 percent of deaths are among female patients. This is broadly in line with the global scenario also, although the percentages may differ,” he said.

“If you look at age-wise mortality analysis, 50 percent of deaths were reported in patients above 60 years and above; 37 percent deaths were seen in among patients with the age group of 45 to 60 years. This means that on one side — we have to save lives of our senior citizens, they should not go out unnecessary — and, on the other hand, we have to see that people between 45 to 60 years age group are also vulnerable too. Most importantly, those who are co-morbid should follow guidelines and everyone should wear mask, maintain distance and hand hygiene,” Bhushan said.

Centre says 96% of 60,000 ventilators being procured are indigenous

In a briefing on the coronavirus situation in the country, the Union health ministry on Tuesday said that 96 percent of the 60,000 ventilators being procured by the government are indigenous and most of them have been sponsored by the PM-CARES fund.

Health Ministry secretary Rajesh Bhushan said 60,000 ventilators are being procured and 18,000 have already been supplied to states and union territories.

He further said all the ventilators that are being procured under PM-CARES and those by the budgetary allocation of the Health Ministry have GPS chips embedded that can be tracked.

The LNJP Hospital, the Delhi government’s biggest COVID-19 treatment facility, did not report any death due to the disease on two days in a week, signalling improvement in the pandemic situation.

The 2,000-bed hospital’s medical director Suresh Kumar said on Tuesday the number of people on ventilator at the facility has come down by nearly 25 percent, compared to the figure a month ago.

Delhi chief minister Arvind Kejriwal tweeted on 28 July that LNJP Hospital had not reported any death on 27 July, a feat, doctors said, recorded for the first time in the last couple of months.

“After that day, on two more days, our hospital saw no death from COVID-19…. It is definitely a good sign for all of us who are fighting this situation,” Kumar told PTI.

Noting that lockdown was a temporary measure to contain the spread of coronavirus, a senior official of the World Health Organisation on Tuesday said India has a low testing rate when compared to some of the countries that are successfully trying to curb it.

WHO chief scientist, Soumya Swaminathan, in an interactive session through video conference said, as of now about 28 vaccine candidates for COVID-19 are under clinical trial, of which five are entering Phase-II and over 150 candidates are in pre-clinical trials across the globe.

“(In) India as a whole, the testing rates are much lower compared to some of the countries, who have done well like Germany, Taiwan, South Korea, Japan. Even the United States is testing a huge number of people. So we need to have some benchmark and every public health department needs to have benchmarks on what is the rate of testing per lakh or per million, what is the test positivity rate,” she said.

Without adequate number of tests, fighting the virus is like “fighting fire blindfolded,” she pointed out. According to Swaminathan, the number of tests being conducted is not adequate if the COVID-19 test positivity rate is above five percent.

Maharashtra continues to be the worst-affected state as it has a total of 1,47,324 active cases and 15,842 deaths. A total of 4,50,196 coronavirus cases have been recorded in the state up to Monday, according to Union Ministry of Health.

State Health Department said the count of cases in the state stands at 46,679 including 13,115 active cases and 732 deaths. A total of 32,832 persons have recovered from the viral infection in the state so far.

Don't Miss it Coronavirus: Trump says he is taking unproven drug hydroxychloroquine – BBC News
Up Next What you need to know about COVID-19 in Ottawa on Wednesday, Aug. 5